October is just about the last month for planting Spring bulbs.  We planted daffodils and tulips, some in pots and some in the garden, in September but on a visit to the local garden centre we bought a few more. 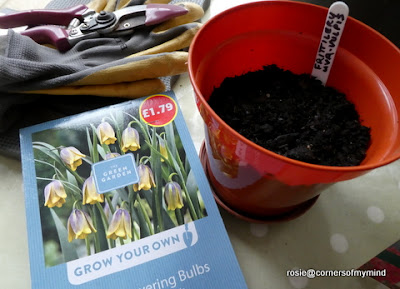 We bought one of these fritillaries (fritillaria uva-vulpis) in a small pot from a garden centre earlier this year so thought a few more would be nice to have.  Some in the garden and some in a pot to plant out later around the others. 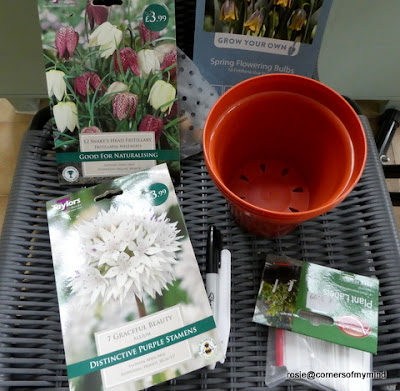 We also bought some Snake's Head Fritillary bulbs again some in a pot and some in the garden. 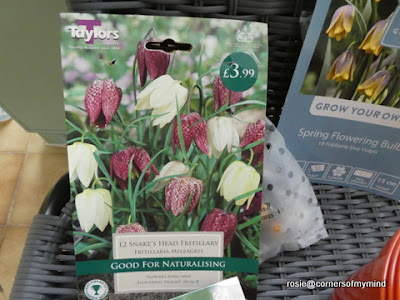 I spotted the Alliums below and thought they looked really pretty so we had some of those too. 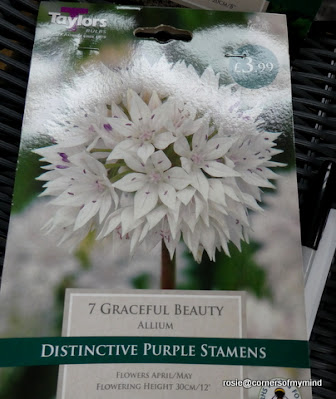 Lastly I saw the Paperwhite narcissi.  I've had them before but not for ages. they had to be planted straight away. 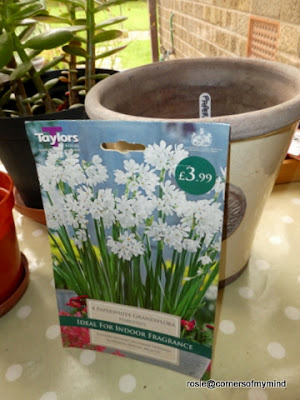 They also have to be kept indoors and have a lovely fragrance when they flower through November and December. 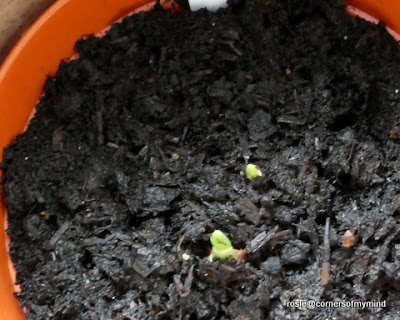 Today it is very windy with lots of rain.  I'm so glad we changed our minds and went out yesterday.  I'll write about our visit in future posts. Meanwhile it's a day to stay in and perhaps do some cooking and baking and curling up with a good book later on.