A Rainy Day Out

We had a lovely, if slightly wet, day away from home on Thursday.  Firstly we visited the Air Museum at Cosford which we do once or twice a year.  We noticed lots of changes since our last visit.  It was very busy with visitors and there was also lots of work going on in preparation for next weekend's Air Show. 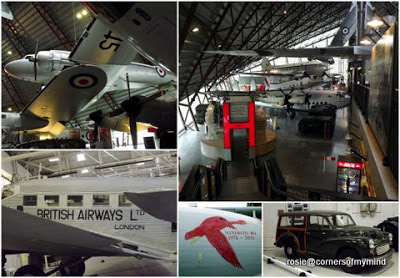 After a good look around we moved on just a little further down the road towards Wolverhampton to a National Trust property we last visited nearly 20 years ago.  I loved it then and I loved it again yesterday.   No photographs were allowed inside but I managed to take lots of photos of the exterior and of the gardens despite two heavy downpours of rain which we seemed to miss whilst we were in the cafe and then on our tour around the house. 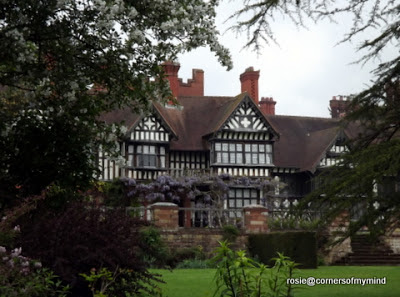 Wightwick Manor which is only a few miles from Cosford and near Tettenhall was the home of  Samuel Theodore and Flora Mander who, in the late 19th century, designed the building to look like a mediaeval house complete with baronial hall. They were greatly influenced by the ideas of both the Aesthetic Movement and the Arts and Crafts Movement in style and the art of the Pre-Raphaelite Brotherhood.  Much of the furniture, soft fabrics and wall decorations are from William Morris's company.  The guided tour was just of the ground floor and then the groups were free to wander around upstairs and in the kitchens.  I found the tour very interesting and informative but I do also like to have a good wander around under my own steam as well. 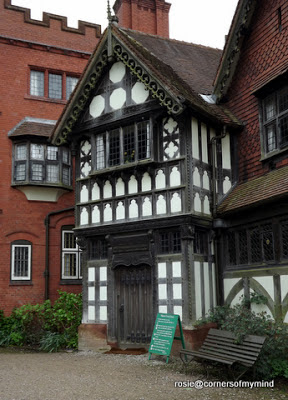 Samuel Theodore Mander was a rich industrialist and joint owner with his brother of the Mander Brothers' paint and varnish company of Wolverhampton. 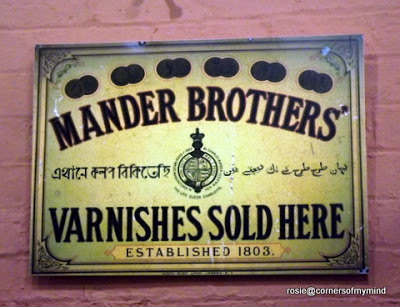 In between lunch in the cafe and our timed visit to the house we wandered around the gardens. 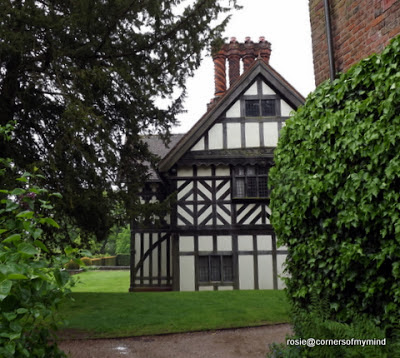 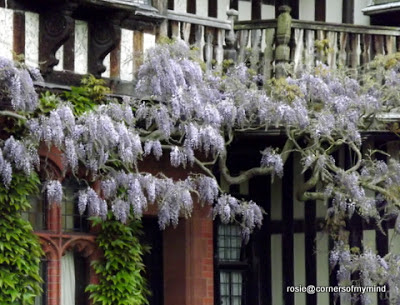 and also with the lilac growing in the courtyard 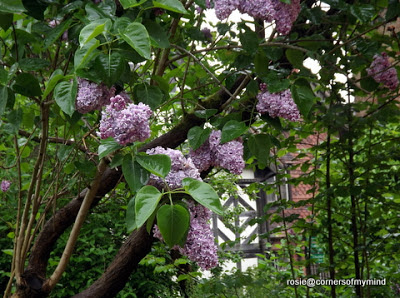 On the walk down through the orchard  to the ponds there were swathes of bluebells, campion and cow parsley 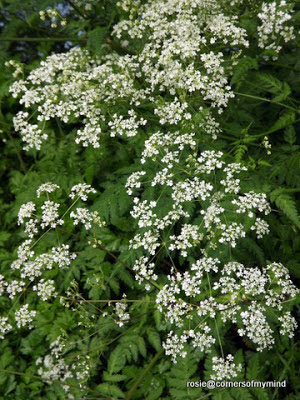 The path around the ponds was a mass of rhododendrons and azaleas on either side. 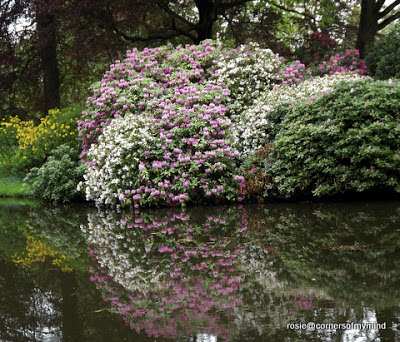 The reflections in the water were stunning and we spent ages just staring.  Isn't it the most wonderful time of year right now? 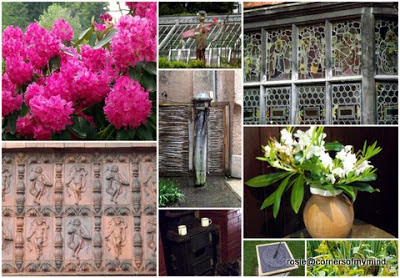 Everything we saw, both inside and out, was a real treat for all the senses. 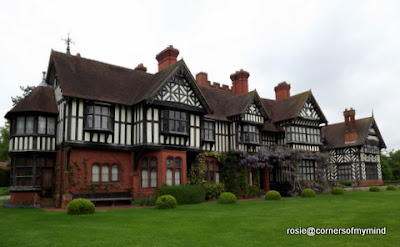 In 1937 the house, at just 50 years old and still full of the works of the Pre-Raphaelite artists, was given to the National Trust  by Sir Geoffrey Mander son of Theodore and Flora Mander before it came under the influence of the new Art-Deco styles and in so doing preserved it as we see it today.
Posted by Rosie at 3:51 pm