Rain-drenched flowers and a quiet churchyard

It was very warm in the car yesterday afternoon on our way back from Chesterfield so, as Bakewell was quite busy and crowded,  we stopped at Monyash for a break.  We parked in front of the church and the churchyard looked cool and inviting under the trees so we had a wander around. 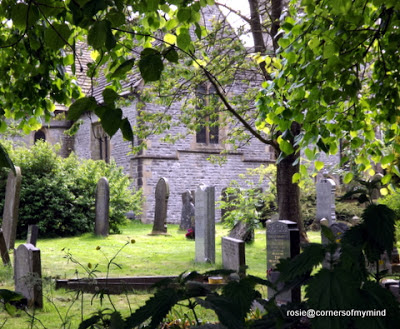 St Leonard's Church is in the centre of the village and was built c1200 with  the tower, south and north transepts being added in the 14th century.  The whole church was restored towards the end of the 19th century. 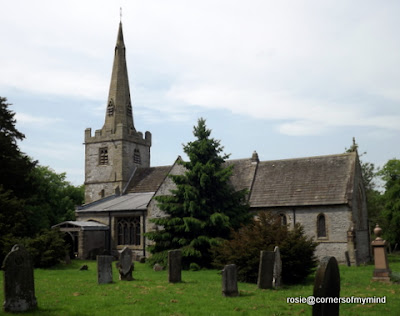 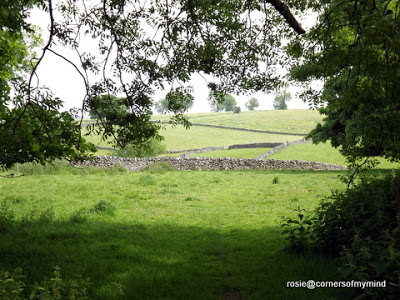 This squeeze stile was the entrance to the churchyard from the east side not far from where the mere, the  only one remaining of the four that were in the village, is situated. 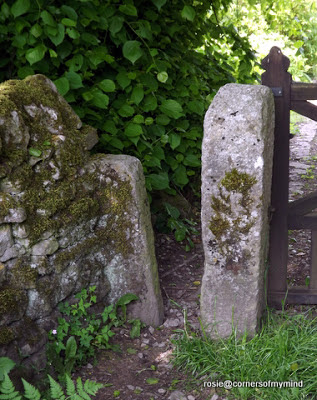 We could see the water, known locally as the mere, from the lane we were in but couldn't walk any further as the lane down to it was overgrown with cow parsley and nettles. 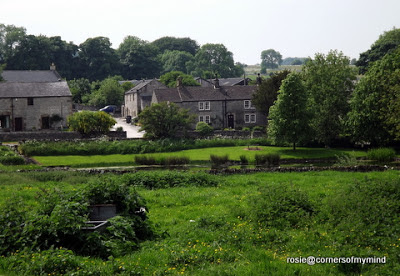 What a wonderful season it has been for cow parsley it is just everywhere at the moment and so gorgeous! 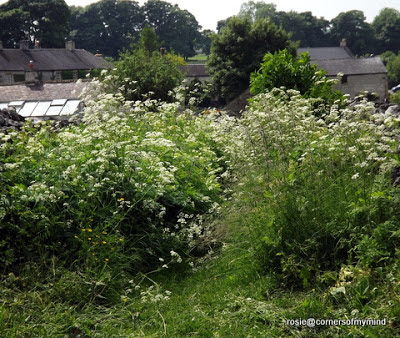 I was intrigued by the name of the lane though! 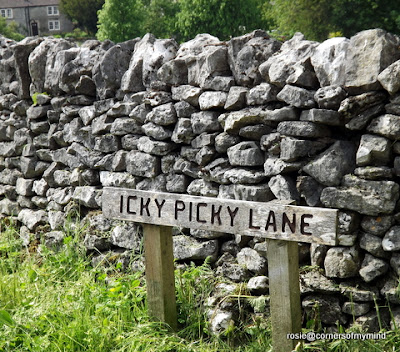 Our drive home through Hartington was spectacular with not only the cow parsley on the verges but also field after field of buttercups too. Meanwhile back home after a downpour of rain this morning the garden was looking lush and green again and the flowers looked refreshed.  The garden is rather pink at the moment with the sweet peas, 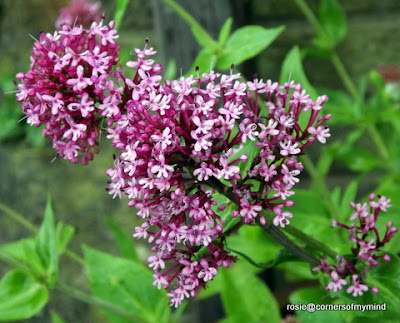 lupins and valerian all in flower and attracting the bees. 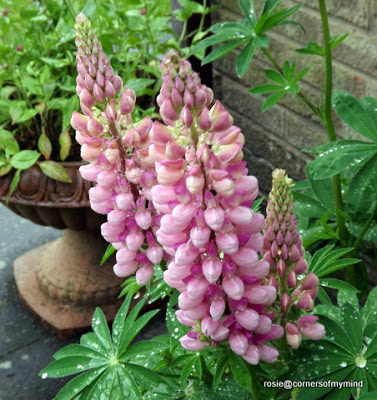