The Garden in Early June

I was wandering around the garden early this morning and thought I would take a few photos as it was all looking so lush and green. 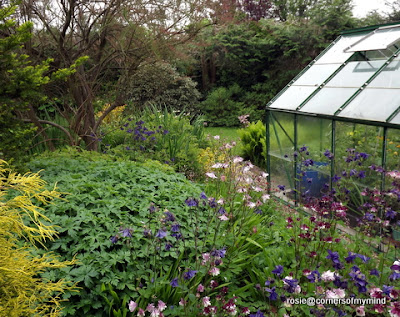 Want to have a look around with me? 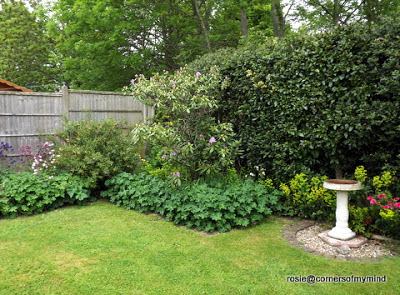 There is, of course, too much grass and goose grass and too many buttercups and dandelions in amongst the flowers and shrubs but somehow not noticeable if you don't look too closely. 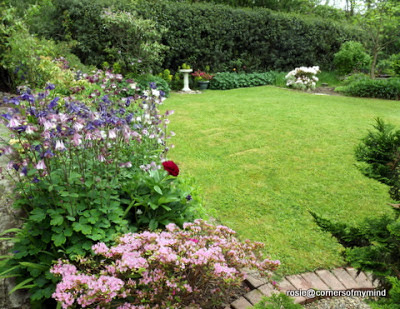 The two photos above are of what we call the top lawn which is directly behind the house.  The green leaves around the edges of the lawn are hardy geraniums - blue along the top near the bird bath and pink down  the side. 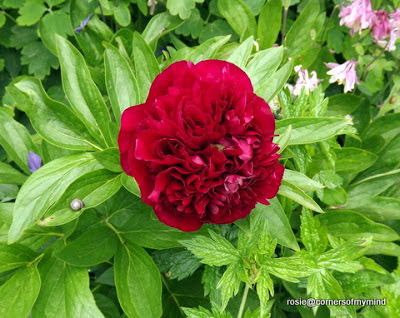 There is a lone peony flower in the side border, I noticed there was also a small striped snail on one of the leaves as I took the photo.  They have been after my lupins again as well so they are in a pot down on the patio and are checked every morning for snails because they decimated the flowers last year.. 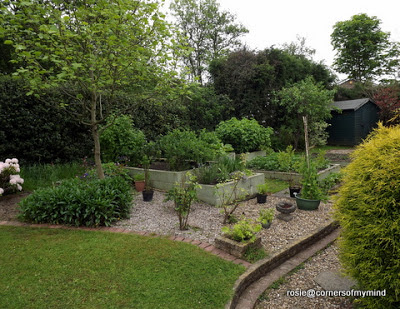 Along the top of the garden we have the raised beds where there are raspberries, gooseberries, black currants and rhubarb as well as potatoes and herbs.  The holly hedge spans the whole top of the garden and is a permanent haven for the birds especially sparrows.  Behind the shed is where we keep two compost bins where all our peelings and food scraps go. 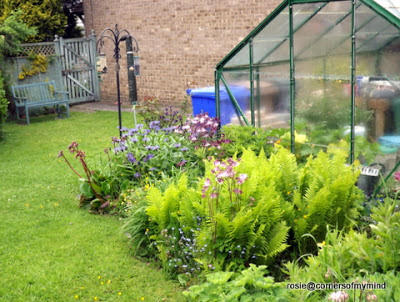 The side lawn and garden is a sort of working area in that this is where the washing hangs, the wheelie bins stand, the birds are fed and the green house is tended. 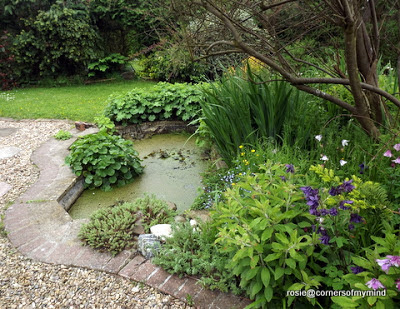 The pond is in the middle of the garden opposite the raised beds and the shed and there are still a few frogs in there but many of the tadpoles have been eaten by the newts - such is nature! 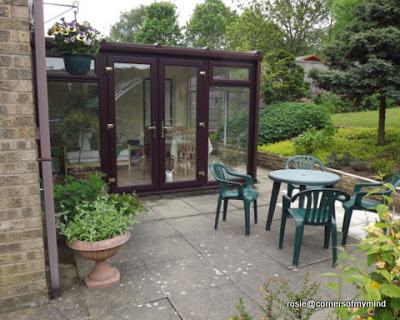 The paved area, just outside the conservatory and quite erroneously referred to as the patio, needs tidying up a bit.  Finally it has been warm enough to get the table and chairs out again but not the umbrella yet. 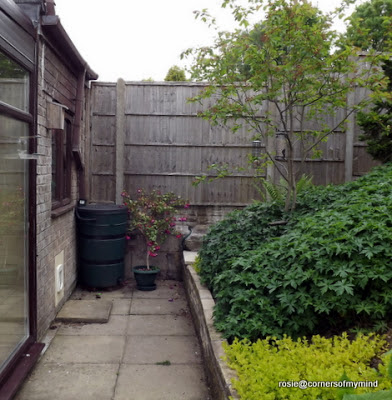 Beyond the 'patio' and conservatory is the back of the garage where we keep the water butt for those times during the summer when we haven't had rain for days there hasn't been many of those for a year or two.  The nest box on the wall is where the wrens are nesting. 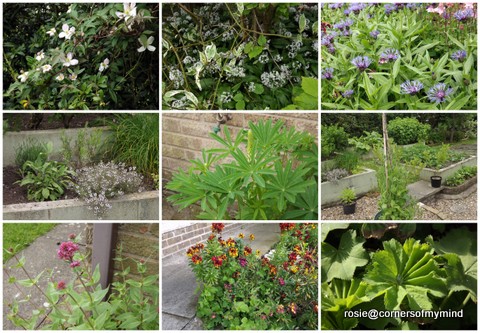