We returned to Dimmingsdale this time to walk along the former track of the Old Churnet Railway which runs from Oakamoor to Alton. 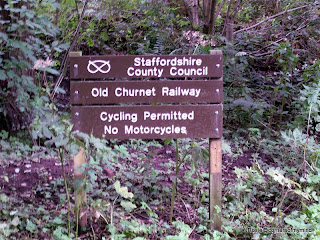 This time we parked at Oakamoor Picnic site and walked towards where the old station used to be - all that was left to show that there had been quite a large station here were the remains of two of the platforms. 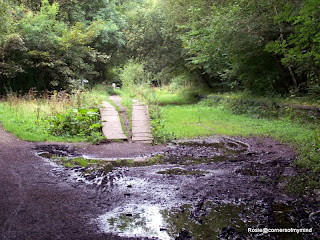 It was a branch line built through the Churnet Valley by the North Staffordshire Railway Company and opened in 1849. It was used mainly by copper workers from the nearby copper mines and also by day trippers up to Rudyard Lake and thence to the seaside towns of Rhyl or Blackpool. The line was finally closed in October 1965. 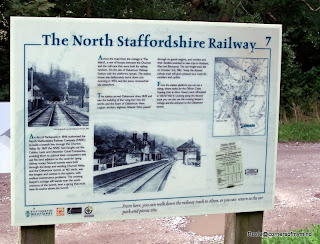 It was gloriously muddy underfoot and the weather seemed distinctly autumnal. We diverted for a while up to and over the bridge and down towards one of our favourite places. 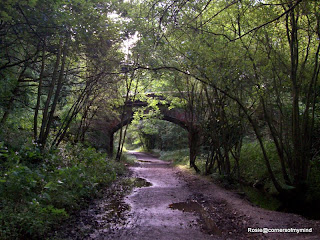 Well, who can resist a mug of hot coffee at the wonderful Rambler's Retreat! By this time the weather had brightened slightly and as we were sitting outside we found the wasps a bit of a problem. I must admit I'm not keen on wasps! 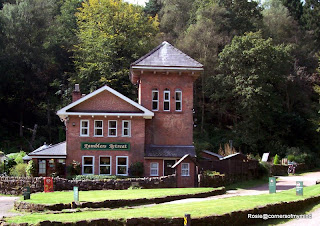 We returned to the path which was flooded in places and a lot of the ground either side was under water and looked as if it had been that way for some time. 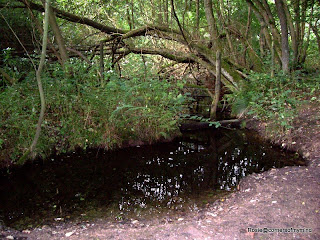 There were several trees fallen across the path too - it looked almost as if there had been a huge winter storm except the trees were still very green. 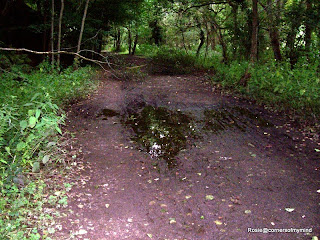 We reached Alton Station which is now in private hands and walked up the steps at the side of the road bridge to see where we were. 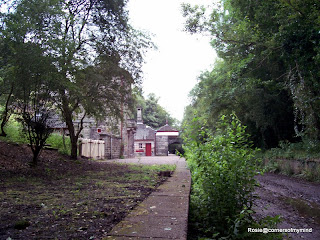 We were on the road just going into the village of Alton with Alton Castle in the background. 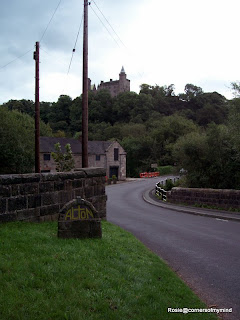 It was time to retrace our steps and walk back towards Oakamoor. By this time the sun was out and all the picnic tables were taken so we decided to move on to find somewhere else to eat our lunch. 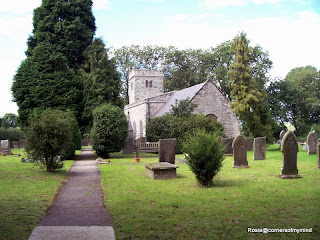 We drove through Cauldon past all the huge quarries and out onto the Leek to Ashbourne road. We turned off this road at Waterhouses and went towards the small village of Waterfall. We parked near the little church and went to have a closer look. 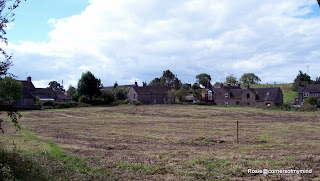 There is a footpath across the field to the church from the village. It was a most peaceful place with a typical village churchyard. 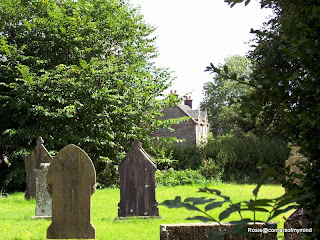 Amazingly the church was open so we popped in to take a look. I was quite surprised that my camera managed a couple of decent interior shots. 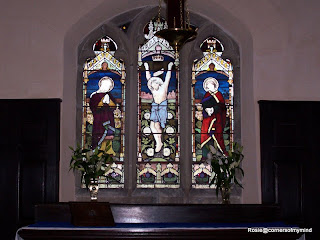 One of the East window and one of the pews in the nave all filled with wonderful embroidered kneelers. 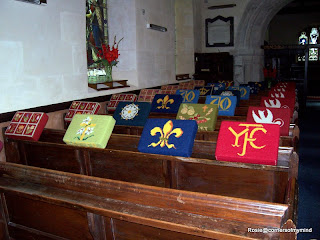 We are busy this week getting ready for our visit to the New Forest so I'll try and get the Gladstone Museum part two post done before we go but if I don't manage it I'll finish it when we get back. I'm hoping the weather will be better than it has been for the last two days; as I sit at the kitchen table typing this post the wind is whistling around the house like it does in November!
Posted by Rosie at 12:03 pm