One of our first outings was to the historic village of Buckler's Hard, originally known as Montagu Town and part of the Beaulieu Estate . The cottages stand on either side of the eighty foot wide track down to the River Beaulieu. Originally built for markets and fairs this huge expanse of land was used to store wood in front of the houses when the village became a prosperous ship building area. 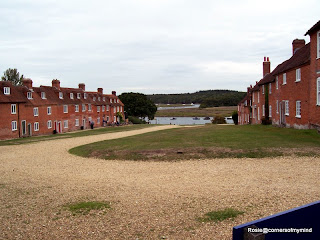 The first place to visit is the Maritime Museum which tells the Buckler's Hard Story. This is a fascinating place and well worth a visit before you actually go into the village itself as it describes what life was like in the late eighteenth and early nineteenth century for the people who lived there. 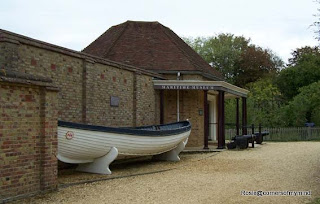 In the museum is a huge model which shows the layout of the village at the height of its prosperity when making boats for the Royal Navy. Three of the war ships which took part in the Battle of Trafalgar were built here including Lord Nelson's favourite ship HMS Agamemnon. 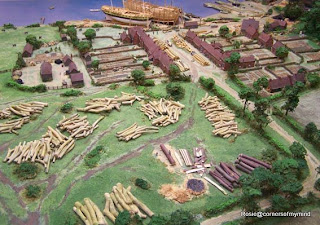 Inside the museum are details of the ship builders and models of the ships that were built at Buckler's Hard as well as a reconstruction of the village pub - The New Inn - where you can listen in on the chatter and village gossip taking place as it perhaps would have in 1790. There is also a reconstruction of a poor ship labourer's cottage. This is in great contrast to the shipwright's cottage which you can visit in the village. I tried to take several photos inside but the one below was the only one that was fairly succesfull - I loved the cat in the window! Next door to the Shipwright's cottage is St Mary's chapel - this was created in the 1880s from the old school house and is still used today for worship. 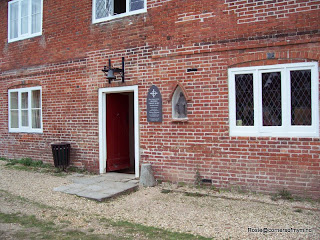 Down towards the river you can see the ship building launch ways and also the jetty from which scenic cruises leave every so often on a thirty minute sight seeing trip along the river. 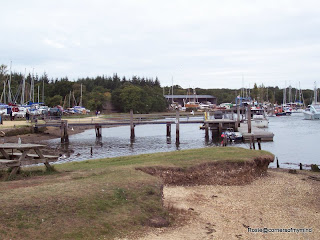 We spent quite a while looking around and had a picnic in the woodland area beside the river before moving on to Beaulieu Village. There is a two mile walk between the two villages which takes you along the riverside. 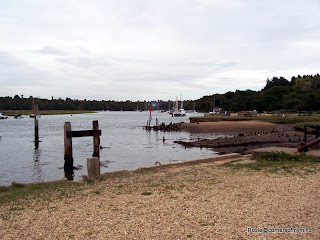