Today in the Garden and on a Walk

Whilst walking across Berryhill Fields and back via Fenpark early this morning we spotted swallows, a skylark, loads of crows, two lovely foals in the fields, elderflower in bud also comfrey and foxgloves flowering.  I have no photos to show you as it was drizzling slightly I didn't take a camera.  I should have put the little one in the pocket of my waterproof jacket as by the time we were halfway along the walk the weather had dried up.

I've done some weeding still too much grass amongst the flowers which I am unable to pull out as it hurts both knuckles and elbow. Brambles are growing everywhere, Crocosimia is shooting up through the middle of the sedum and what I think is Feverfew is growing around and choking the white flowered shrub which we call 'the plant we bought at Clumber Park' because we can't remember what it is called.  All seems such a mess at the moment.  I did cut down lots of Aqilegia that had gone to seed and pulled out some forget-me-nots which were also going to seed.   I filled the bird baths with water and rescued a few things that had blown over in the strong wind we had yesterday.

I think it is Sunday though I'm never sure.

Photos from the garden 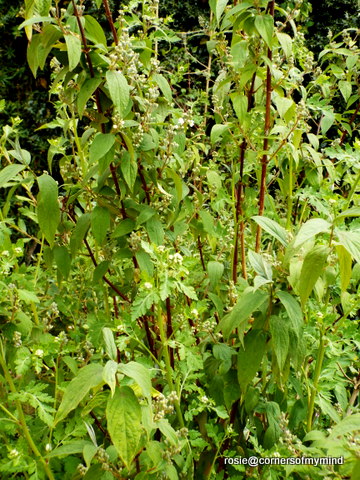 The plant we call 'the one we bought at Clumber Park' 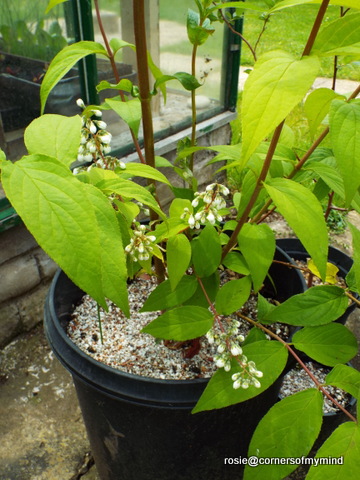 A cutting we took of the plant above last year is growing well. 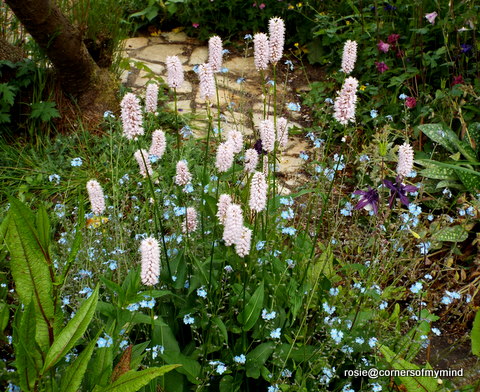 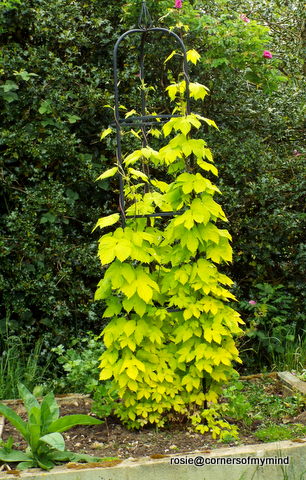 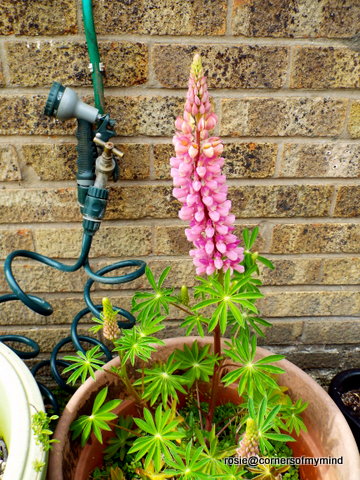 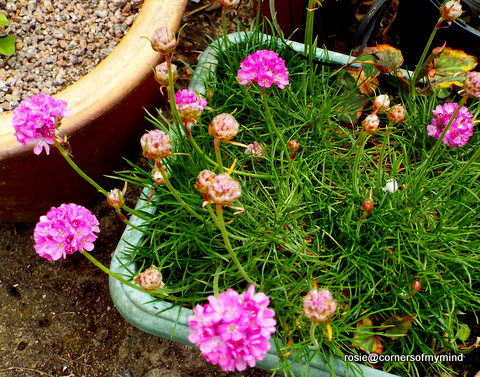 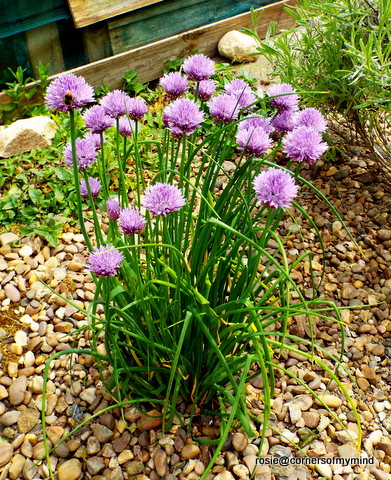 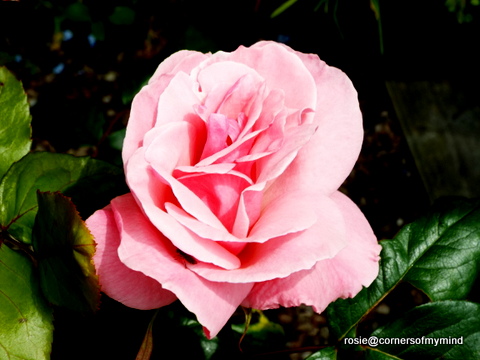 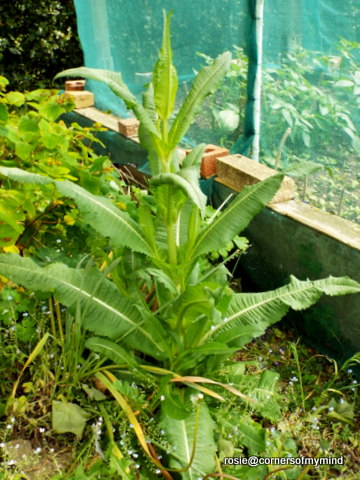 Teasel - I was going to pull it out but apparently the Goldfinches love it.  As we have lots of those visit I'm leaving it. 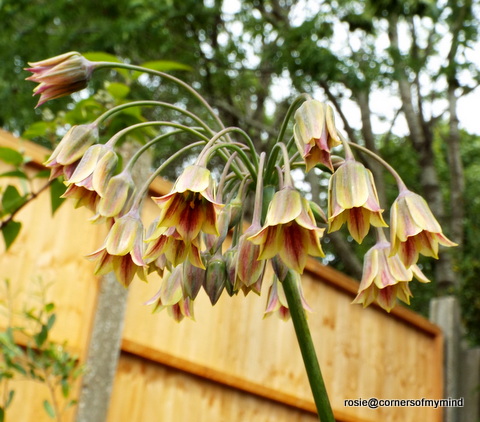 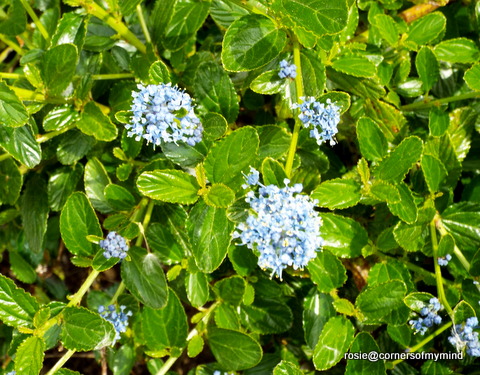 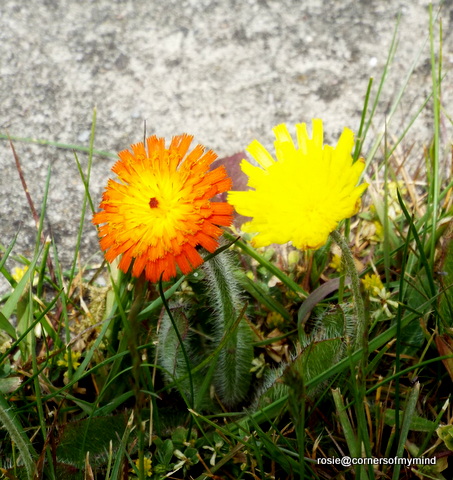 Hawkweed, both common and orange in the grass at the side of the front path.