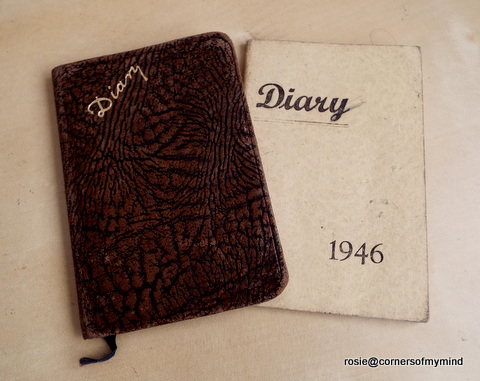 After all this time I don't think she would have minded.  She was in Leicester during the whole length of the war. My father was at first in the Home Guard until he was called for service in the Royal Army Medical Corps. 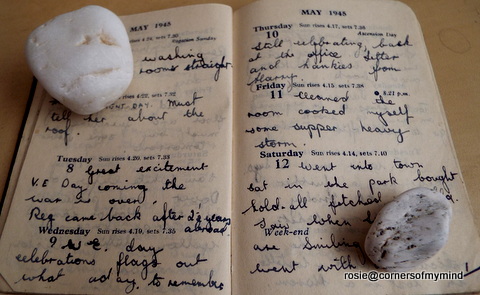 I think she spread her entry for Tuesday the 8th over two days. 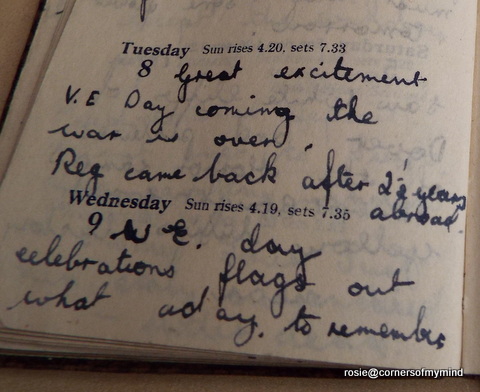 She writes 'Great excitement V.E. Day coming the war is over.  Reg came back after 2½
years abroad. V.E. Day celebrations flags out what a day to remember'

Reg was my Mum's brother-in-law. My Aunt Rose and Uncle Reg also lived in Leicester.

On the 10th she writes
'Still celebrating back at the office.  Letter and hankies from Harry' 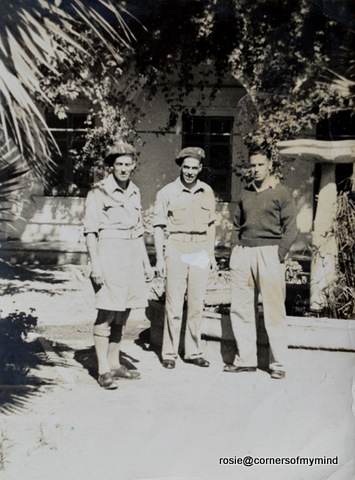 My father, Harry is in the middle.