I'm still back at the end of June and catching up with posts on our visit to the North East.

On our way to Beamish Museum we diverted  from the route via Chester-le-Street because there was a big international cricket match there.  As we drove towards Beamish via Stanley we realised we would pass through the village of Lanchester.  I'd recently been doing some family history research for a friend and some of her 19th century ancestors had left the copper mines of Devon and Cornwall and travelled to County Durham to find mining work at places like Kyo and Tansfield which were then in the Parish of Lanchester. 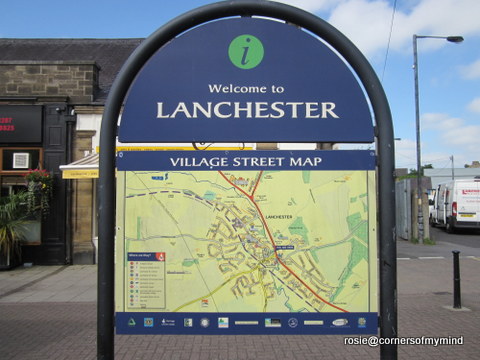 We decided to stop and have a quick look around. 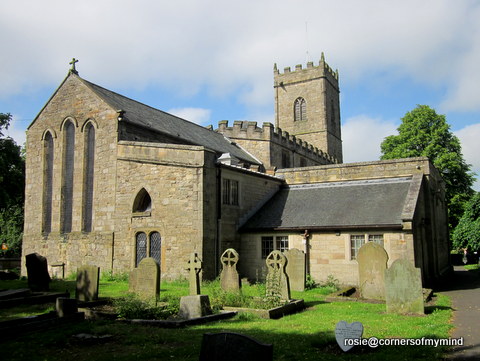 We crossed the main road from the village centre with the intention of taking just one or two photos but the church was open so we couldn't resist popping inside. 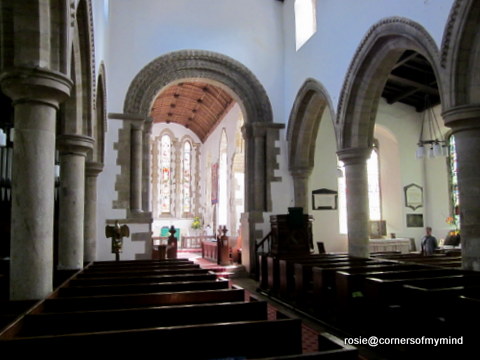 Inside people were very friendly and a lovely man took us around the church and pointed out some interesting features.  He even popped into the vestry to look up the names I'd been researching. 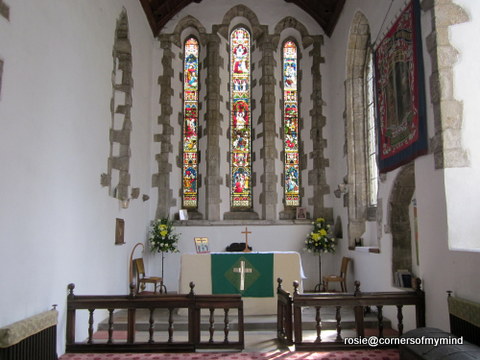 All Saints church dates from the mid 12th century and probably replaced an earlier Saxon church.  Lots of the stones used for building came from the nearby Roman fort,  Some of the pillars in the North aisle are from the fort too.   The alter rail is Jacobean. 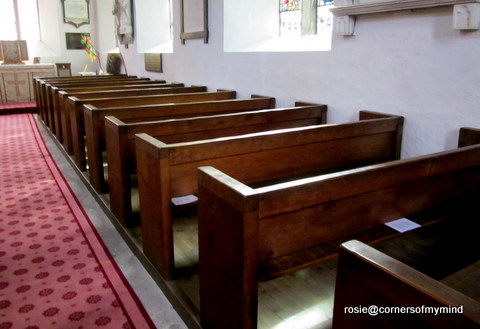 The pews were made in the late 1930s by Robert Thompson, the mouse man of Kilburn. 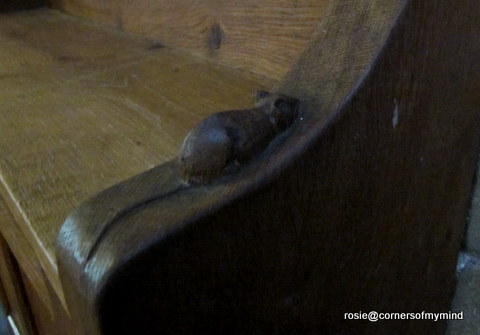 I managed to spot a mouse! 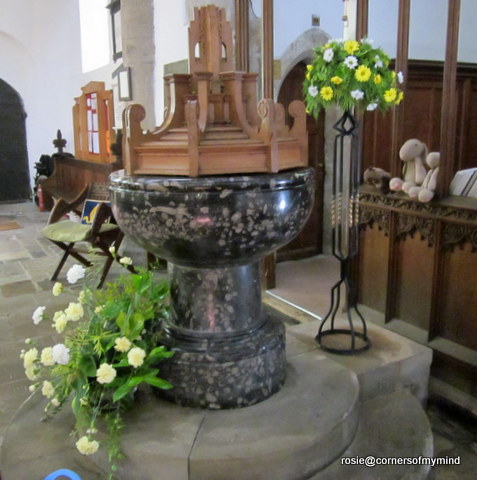 The font was made of Frosterley marble. 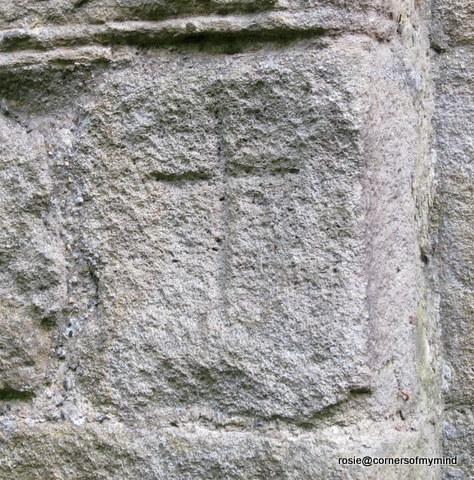 Stone in the doorway of the South porch with medieval cross carved into it.  There was a cross each side of the ancient door. 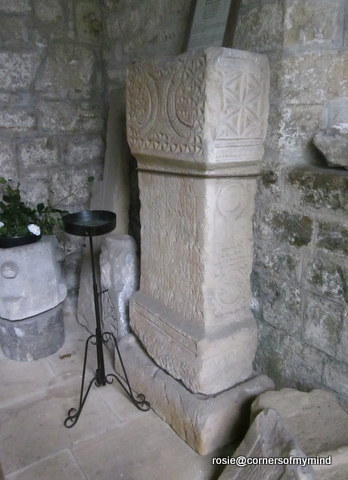 In the porch were many remains from the Roman fort including the altar above. 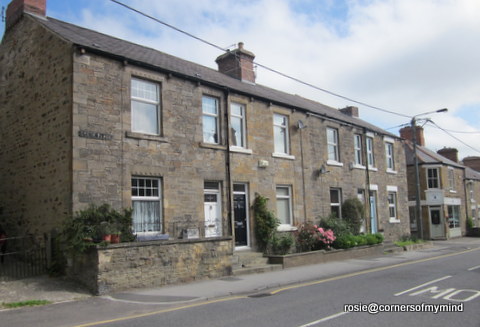 Above and below a couple of street views. 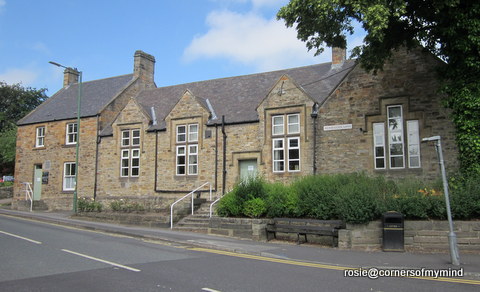 I thought it was a charming village with a few shops and restaurants along the main street. 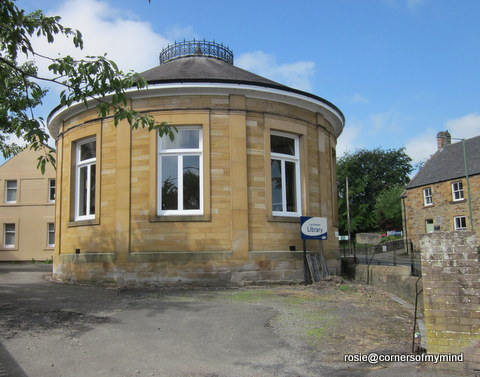 The library used to be part of the old Lanchester workhouse.  When we were walking back to the car park we spotted what looked to be a lovely restaurant.  We decided it looked suitable for a meal for a birthday treat (not mine) on the way back to the hotel from Beamish Museum. 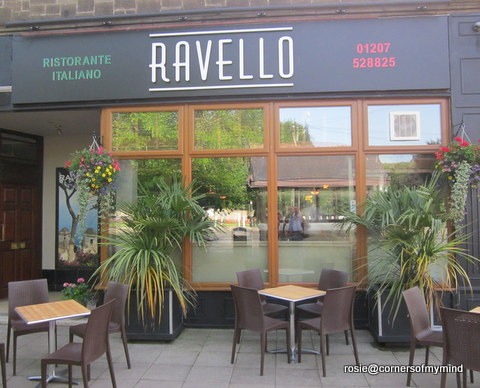 It was a wonderful experience.  The restaurant seemed very popular with all age groups, the staff were very professional and attentive and the food was so good.  We shared a large pizza which was served with a tasty, dressed salad.  As it was a special day we had a desert each too. 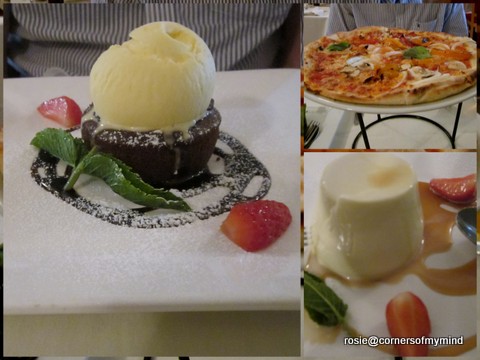