What is it that makes wandering around historic ruins on a lovely sunny day so appealing? 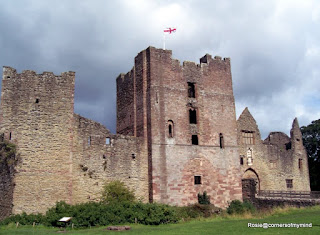 It could be an old abbey or priory, an old house or a castle!  At Ludlow Castle there are plenty of ruins to wander around, plenty of nooks and crannies to get lost amongst and plenty of places to sit and stare! 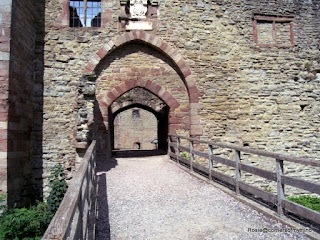 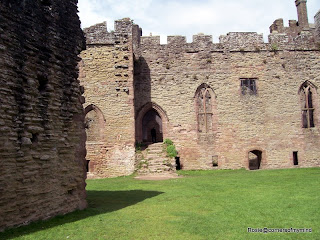 Here is the history
The castle dates from Norman times, one of many built along the Welsh marches for the defence of England against the Welsh.  It was first owned by the de Lacey family and then the Mortimers. In 1327 Roger Mortimer helped Queen Isabella depose her husband Edward II.  The castle passed from the last Mortimer to Richard Plantagenet, Duke of York who lost and then won back ownership during the Wars of the Roses. In 1459 Richard's wife Cecily and his two younger sons, George, Duke of Clarence and Richard, Duke of Gloucester were captured there. Richard of York's son Edward IV sent his two sons Edward and Richard to live at the Castle.  It was from here after Edward's death in 1483 that both Richard, Duke of Gloucester (later Richard III) and Anthony Woodville, 2nd Earl Rivers  - both uncles of the new young King - vied to be the first to return him to London for his coronation. 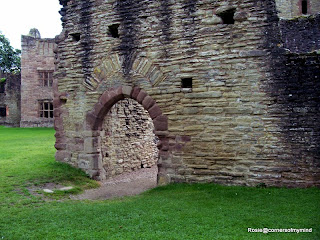 Henry VII's eldest son Prince Arthur and his bride Katherine of Aragon stayed at the castle after their wedding in 1501 but Arthur died there in 1502 and Katherine married his brother Henry.  Their daughter, Mary Tudor, later Mary I, also spent some time living at the castle.  During the English Civil Wars Ludlow was a Royalist stronghold until 1646 when,under siege by Parliamentarian forces, it was finally surrendered. 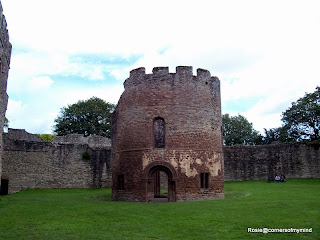 Above is the Norman or Round Chapel in the inner ward. 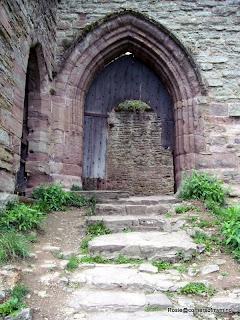 Above is the door to the North Range 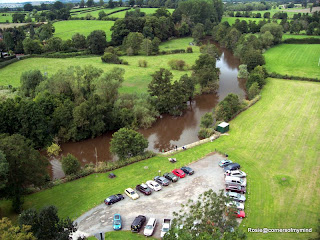 The River Teme as viewed from an upper window in the North range. 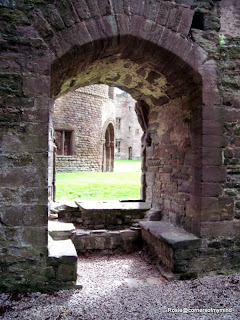 A window seat overlooking the round chapel and below one of the many spiral staircases. 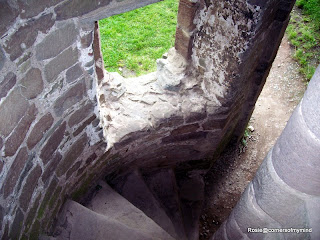 Below is another view of the Keep and the Great Tower 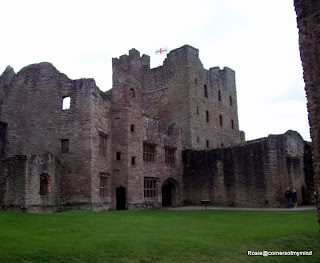 After our lunch in the Castle Tea rooms it was time to move on to our next destination. 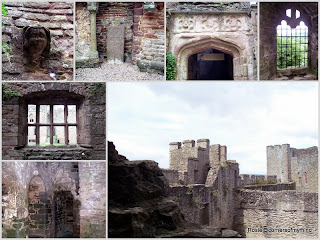 I'll be back with more about the Acton Scott Victorian Farm later!
Posted by Rosie at 10:16 pm