October already and days are still drifting by.  October the month of 'mists and mellow fruitfulness',  the month when mornings get cooler and evenings darker.  Lamps are switched on earlier in the evening and the heating kicks in occasionally. It's the month of crisp, brown falling leaves, pumpkins and squashes,  warming bowls of soup after long walks through fields and woodlands.  Scents of damp earth and woodsmoke in the air. 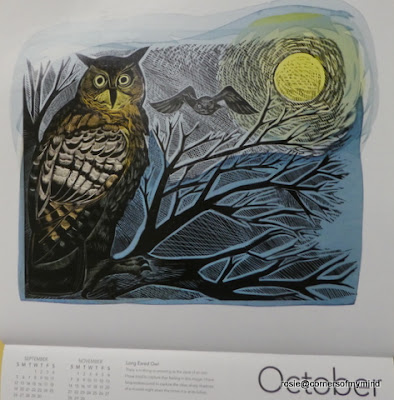 This time last year we had our 'flu jabs but nothing so far this year from our surgery, other than a note on their website saying do not call, you will be contacted.

There has been lots of rainfall the last few days.  Walking has been sporadic and the car has stayed in the garage as we hold on to the petrol we have in case we need to drive for 'flu jabs or opticians appointments which we both have at this time of year.

Life has revolved around the kitchen and garden the last few days.  The larder cupboard has been emptied and checked for things nearing, on, or sometimes past their sell by date.  Nut roasts have been made and frozen, almond slices with some just out of date ground almonds and hummus made with an old carton of chick peas. 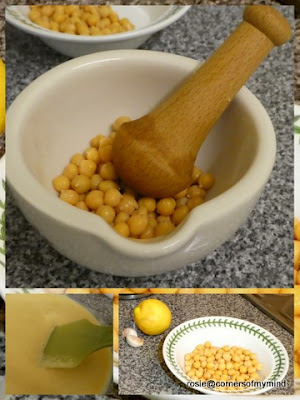 We also had a nearly out of date packet of Falafel mix which went well with the hummus and pitta bread with salad leaves and the last few tomatoes from the greenhouse.

Things are changing around the garden.  The seat has been moved to where the old shed used to be and an arch placed over a new brick path which will lead, hopefully, to the wild flower meadow we hope to create in the top corner of the garden.  The arch will have honeysuckle growing over it eventually. 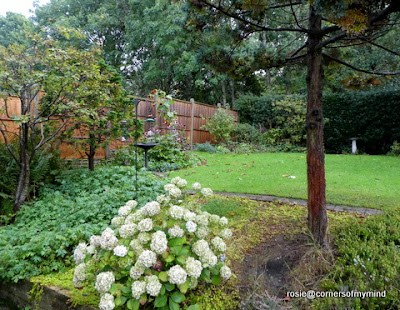 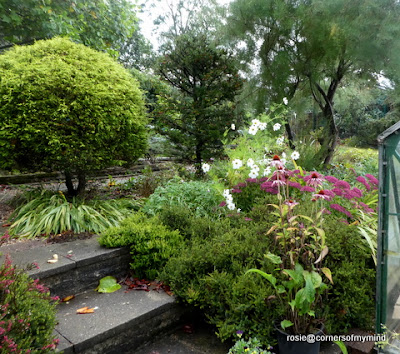 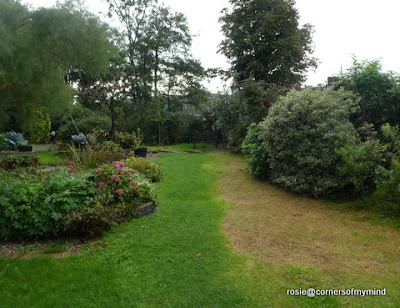 The paler area to the right is where the grass was kept long all through the summer. With all the rain it has begun to recover. 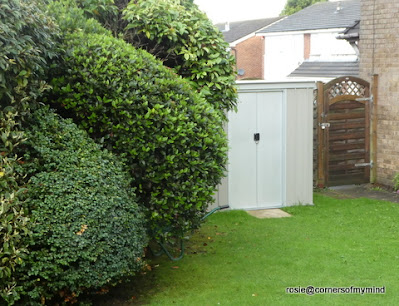 The foxes and badgers are visiting the garden earlier now it is darker. We've caught them on the 'fox cam' as early as eight thirty in the evening, badgers slightly later around ten. The foxes all have lovely bushy tails at the moment. 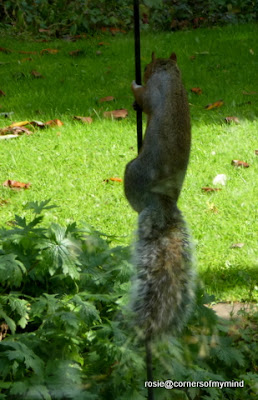 As do the Squirrels. 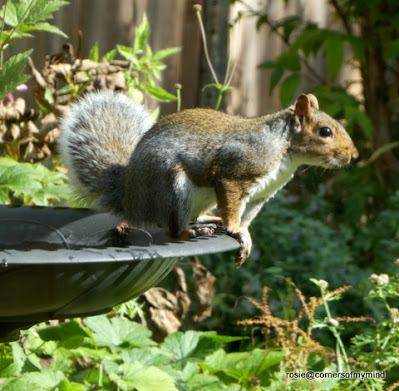 No wonder with all the bird food they eat!
All for now.  Take care.
Posted by Rosie at 2:08 pm