Five Since the Last Time

Somehow two weeks have gone by since my last post   Time is passing so quickly and I'm trying to hold on to the last shreds of Summer even though it is now definitely Autumn.

If I hadn't taken photos I'd have difficulty remembering which days I've done things on as all the days seem to be melding together. 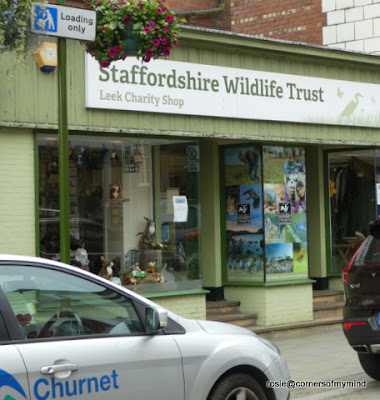 Last week on Monday we took a few bags of things to donate to the local Wildlife Trust charity shop. We went in first to check that they wanted what we had before fetching the bags from the car and placing them in the little changing room at the back of the shop where they would stay for a while before being sorted.  Afterwards we had a wander around the town.  Leek has some lovely independent shops and also successful indoor, outdoor and artisan markets.  All well publicised by their 'Totally Locally' campaign. 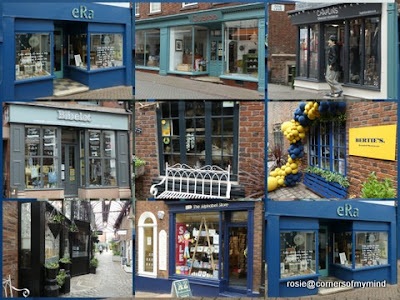 On the Wednesday we met with friends at the village of Bonsall which is near Cromford in Derbyshire and visited the Cascades  gardens.  The garden is set in a quarry and is a meditation garden and bonsai nursery as well as offering Zen retreats in the old mill house. 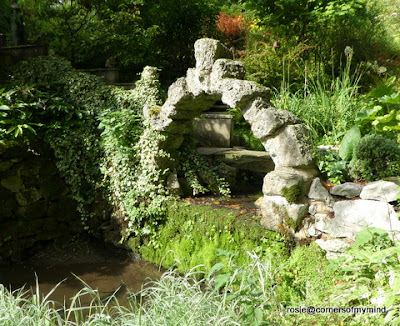 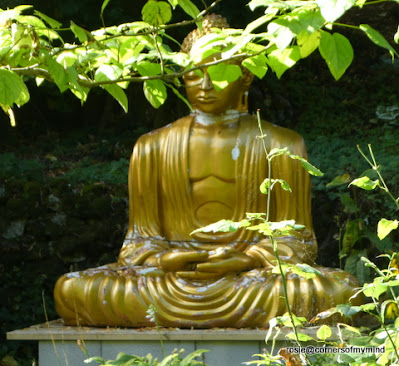 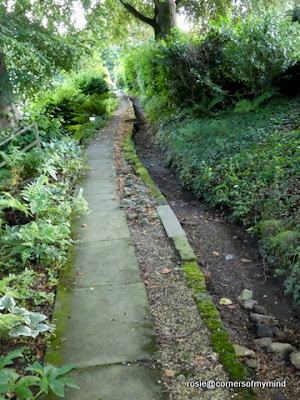 We spent quite a while in the garden before finding lunch at the nearby Fountains Tea Rooms. 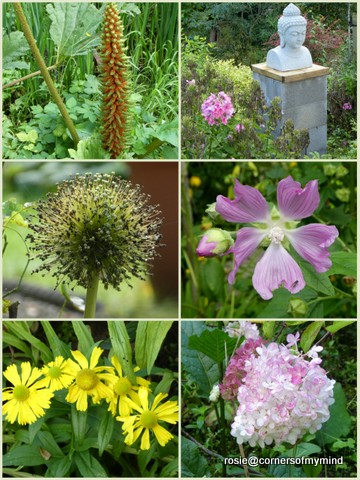 Our garden has needed quite a bit of attention over the last week.  Areas of grass we had allowed to grow long have now been mown and the seat moved to the top of the garden where the old shed used to be. 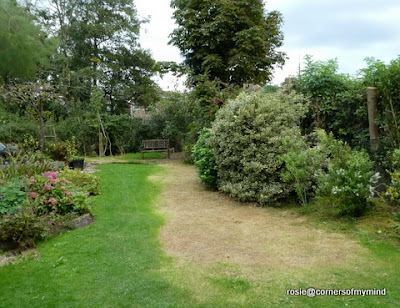 The red cabbages have done well this year. 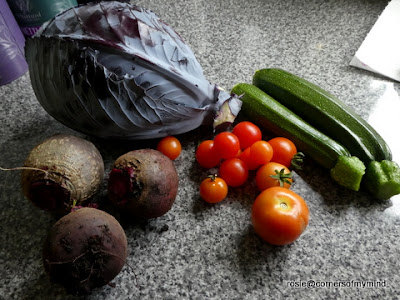 As have beetroot and courgettes but tomatoes have been less successful. 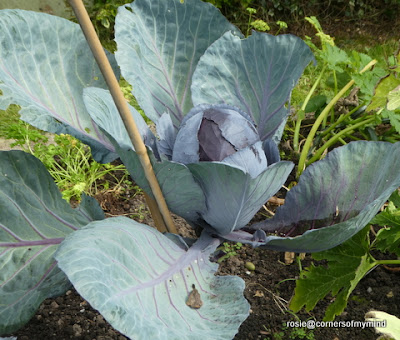 Some of the flowers are still doing well too. 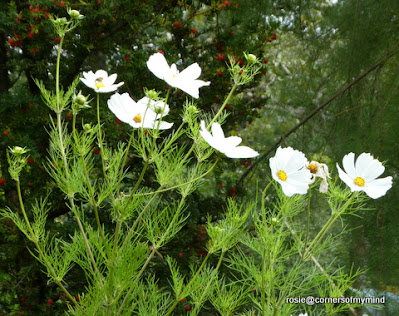 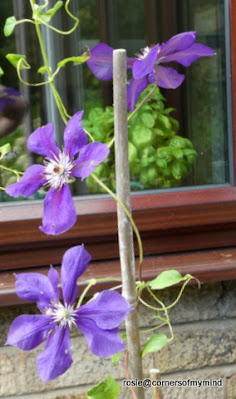 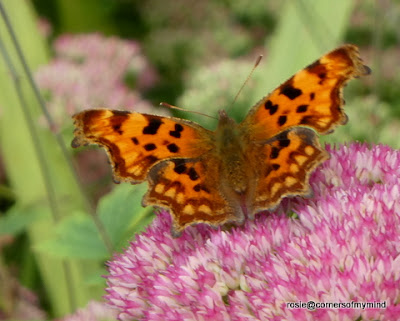 The first Comma butterfly I've seen in the garden this year. 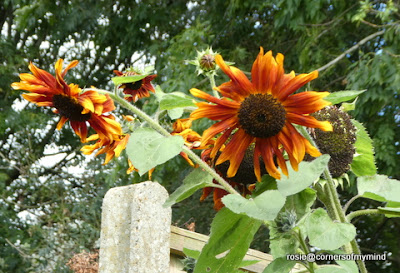 The Sunflower has had about twelve blooms on it.
I was able to collect two of the three books I had reserved from the library.  Luckily they both became available at the same time. 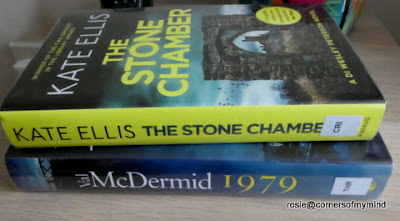 The third book I'd reserved came up as available to borrow from the e-book library so I had it from there and cancelled my reservation at the library as I was still quite a way down in the queue. 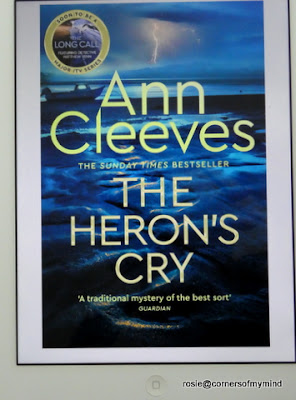 So far I've read the Ann Cleeves book and the Kate Ellis one and thoroughly enjoyed both of them.  I'm now looking forward to reading '1979.'
This week we ventured up to the Potteries Museum and Art Gallery to see the newly  opened Spitfire Gallery.  Whilst the museum has been closed through the last eighteen months lots of work has been done and some galleries were closed as refurbishment is still taking place. 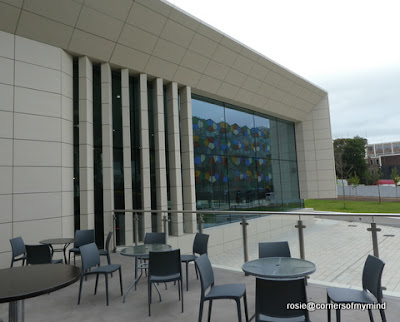 There was much razzamatazz over the last weekend with a fly over from a Spitfire and many living history events.  We decided to wait until it was quieter to visit. 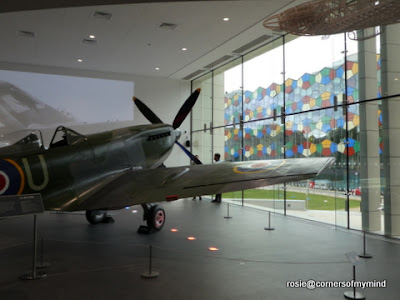 Reginald Mitchell, the designer of the plane, was born locally. 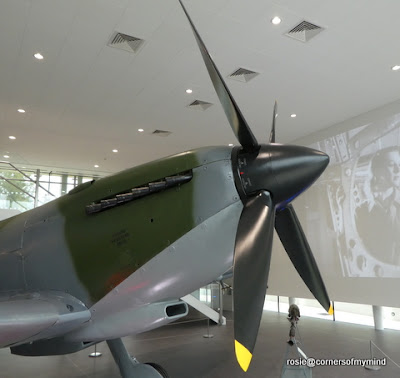 The plane has been refurbished and is now in a lot better condition than it was. 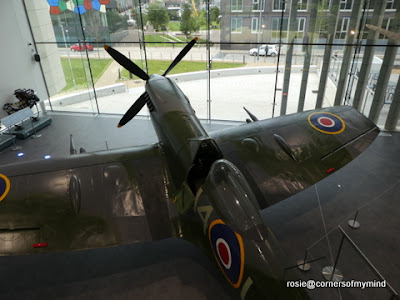 We sat and had coffee overlooking the downstairs bit of the gallery and then went to see the other exhibition 'Curiouser and Curiouser' which uses the museums own objects within the displays of 'Alice's Adventures in a Museum Wonderland.' 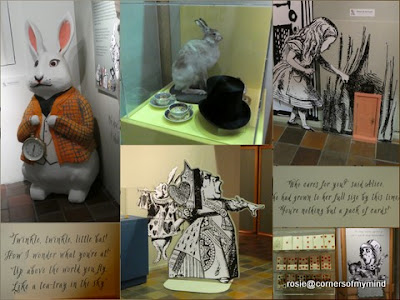 All for now.  Take care.