Last Friday we ventured out to walk at RSPB Consall Nature Reserve.  It's one of our favourite walks.   We'd taken a flask of coffee with us which we drank in the car  as we sat and watched the birds - a tree creeper was spotted and nuthatch, robins and great tits were flitting on and off the top of fence posts where seeds had been left for them.  Then, wellingtons on, we set out for a walk down to the canal. 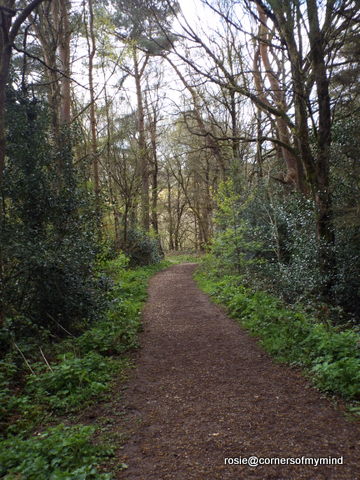 Down through the woods where the ground was covered in areas of Dog's Mercury, Wood Avens, Wood Anemone, Butterbur and Bluebells. 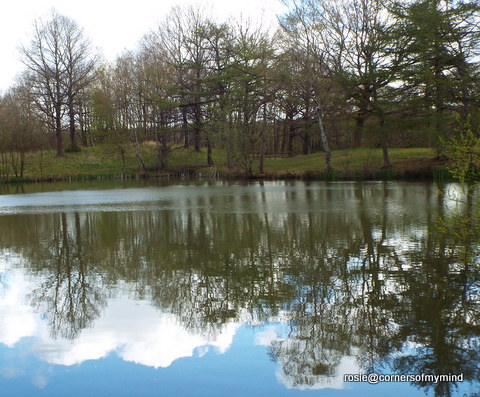 On our way we passed the two fishing pools each having seats on the paths nearby dedicated to those who used to love walking and fishing here. 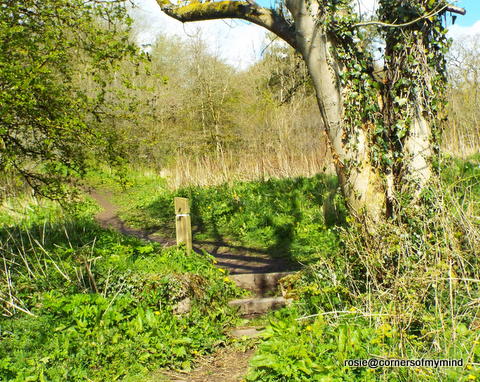 Down by the wildlife pond we spotted Marsh Marigolds and a friendly frog or toad. 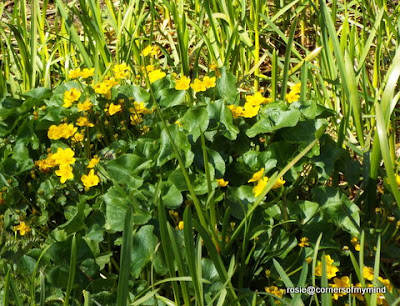 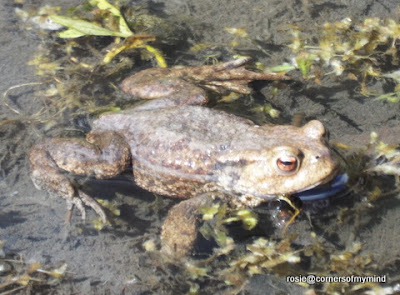 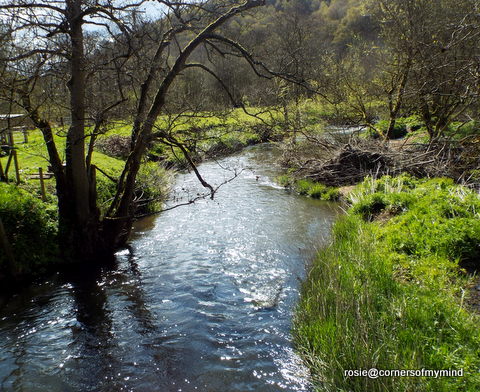 We crossed the bridge over the River Churnet and looked down from the bridge onto the silent railway lines of the Churnet Valley Railway  and the Caldon Canal. 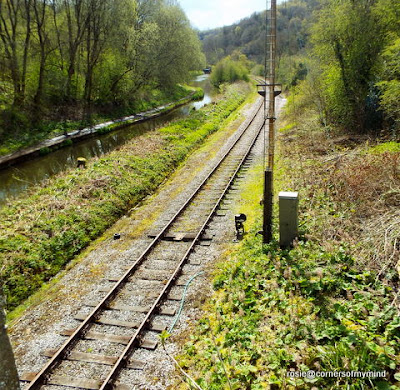 Down the steps to the canal towpath and past Consall Station. 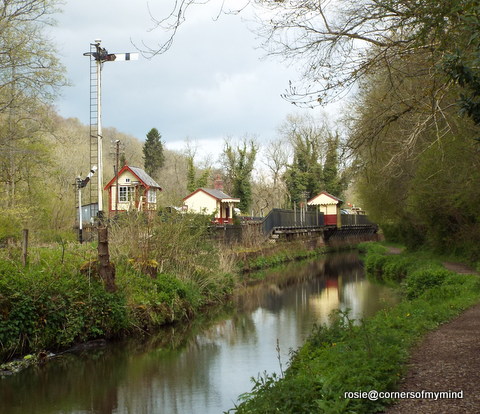 The Heritage steam railway has been closed for ages during the last year.  I think they are struggling to keep going.  We will travel the line from one end to the other when safter times allow, perhaps in the late Summer or Autumn.  I hope lots of people do the same as it would be a shame for the line to close. 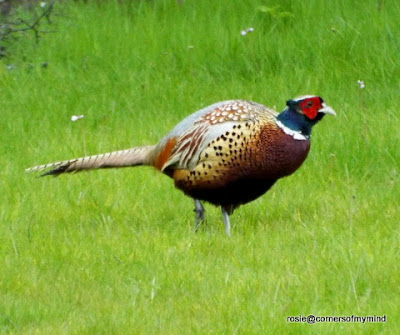 Male Pheasant - there were a few female pheasants with him in the field. 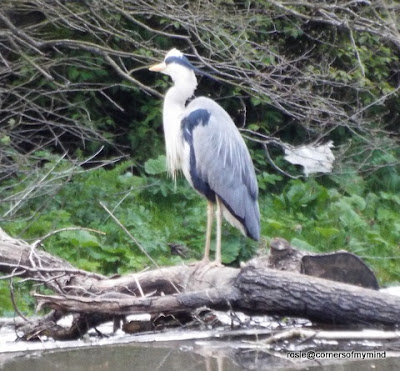 Two herons flew in over the canal and railway. One landed at the side of the river the other up in a tree.  This one posed for a while before rising gracefully and flying further down the river. 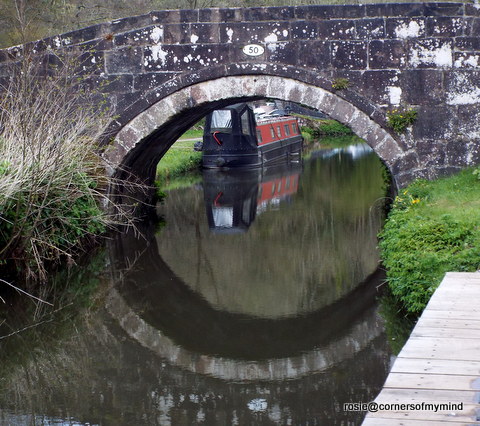 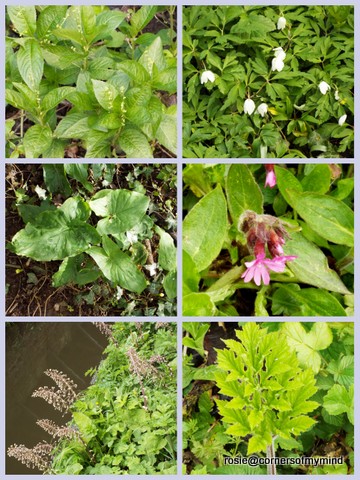 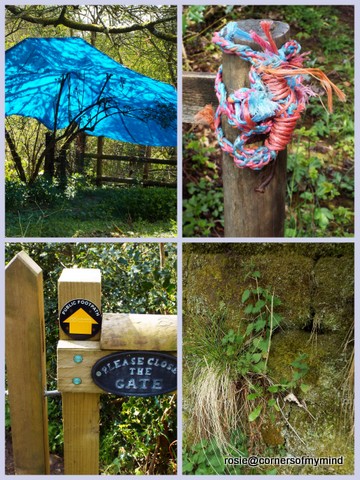 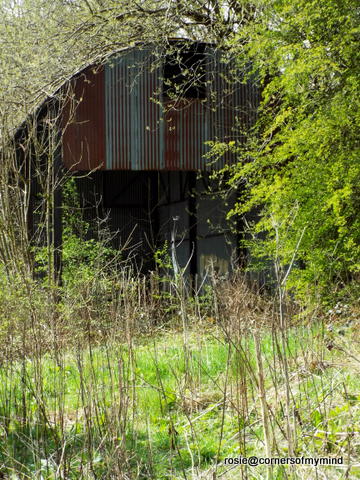 All for now.  Yesterday we walked at Westport Lake which will be my next post.  Take care.
Posted by Rosie at 7:12 pm