It's rained everyday since Thursday.  It seems to have been continuous but there have been one or two dry half hours here and there when dashes out into the garden were possible to do a few small jobs that needed doing.  The lawns which haven't been mown are covered with daisies, buttercups and dandelions.  The birds have been busy at the feeders especially the Robins, Goldfinches and Bluetits. We've seen young bluetits and sparrows being fed by their parents. Blackbirds sing out their familiar, territorial songs from  early morning until dusk and both Robins and Dunnocks have been joining in. We've been visited by the Vixen and one of her cubs in daylight, also by the pale grey female badger and the dog fox spotted on the wildlife camera.  Larger bird visitors have been wood pigeons, crows, magpies and herring gulls. 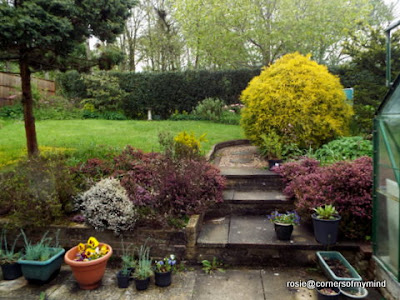 Early yesterday afternoon during a dry patch I went out into the garden with my camera to capture a few images of the flowers before they are dashed by the wind and rain. 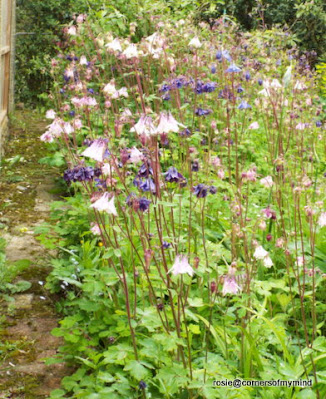 It's Aquilegia time, they take over most of the flower beds at this time of year. 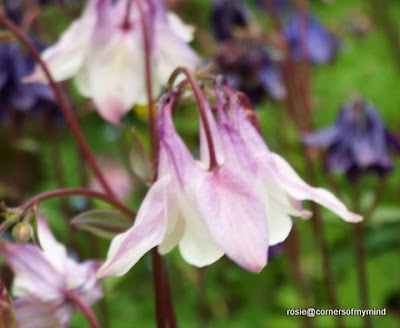 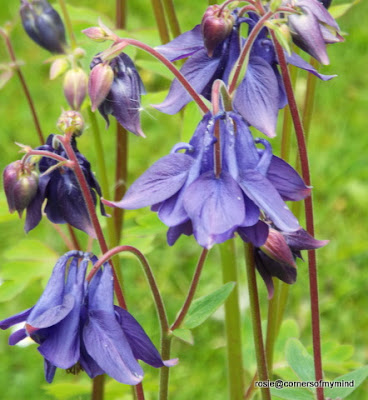 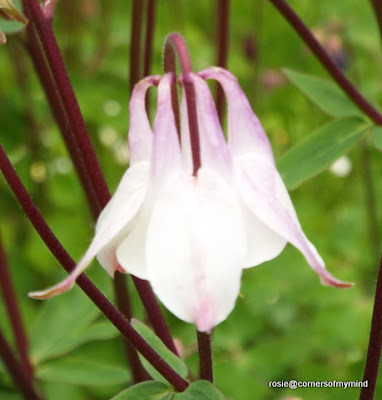 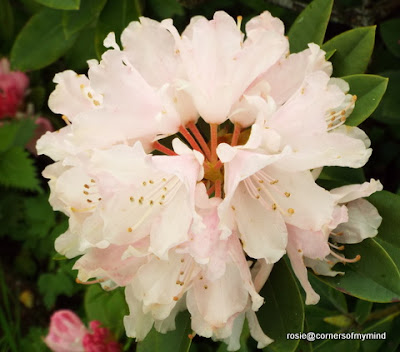 The Rhododendrons are begining to flower. 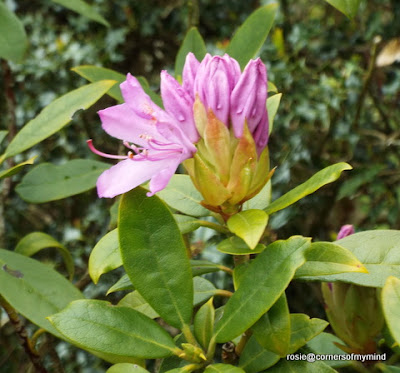 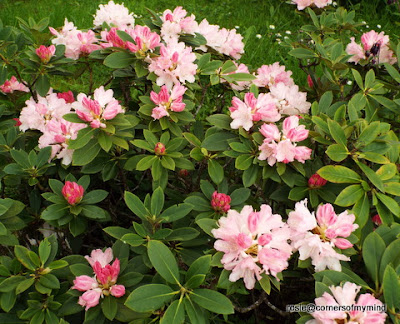 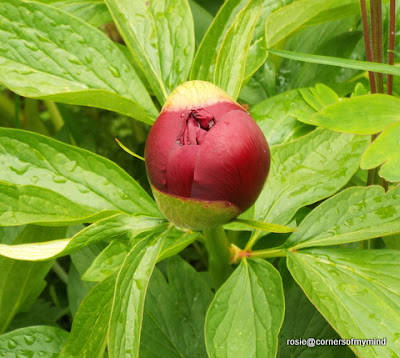 Peonies are covered in buds ready to burst open. 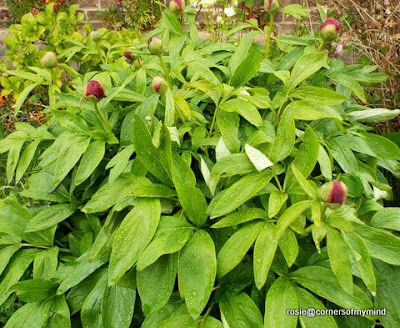 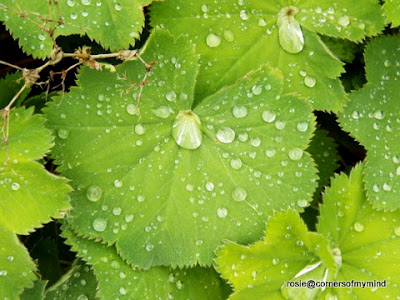 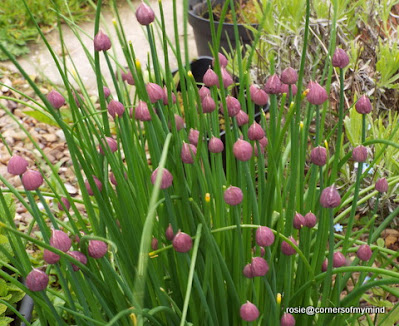 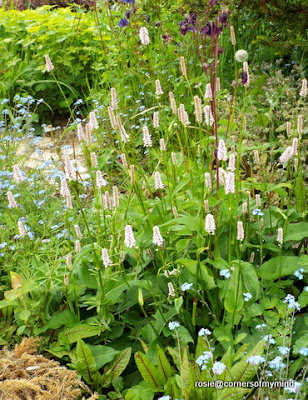 Bistort by the pond 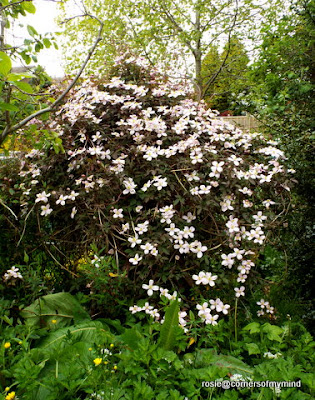 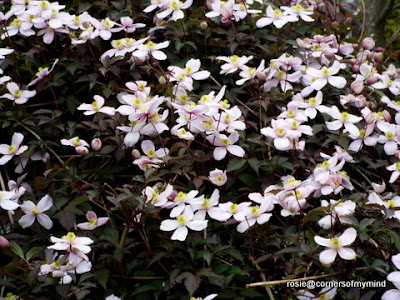 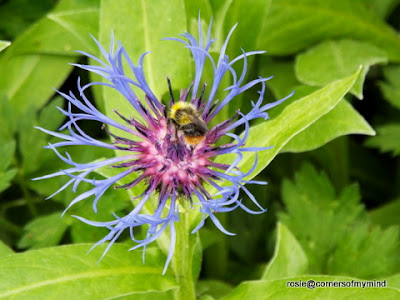 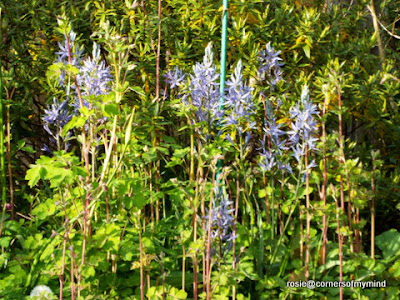 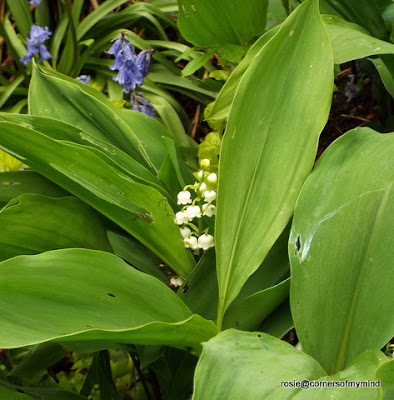 Lily of the Valley 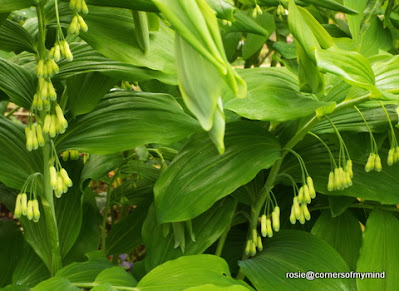 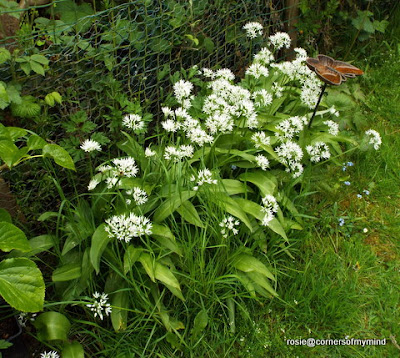 In the raised beds and greenhouse tomatoes and vegetables are growing well. 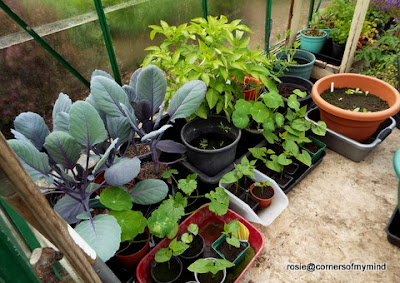 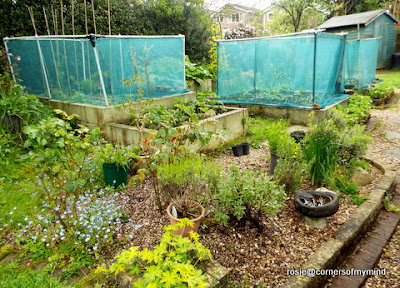 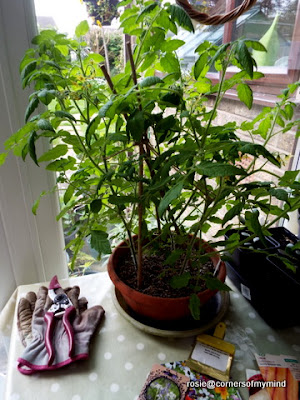 At the moment it isn't raining but the sky looks grey and watery.  Time to nip out for a walk before the heavens open yet again.
Posted by Rosie at 9:18 am