The last few days have been wild and windy here.  Plant pots, bird feeders, bits of fence, wheel barrows  and wheelie bins have been on various trips around the garden.  They are all safely back in their places - for now. 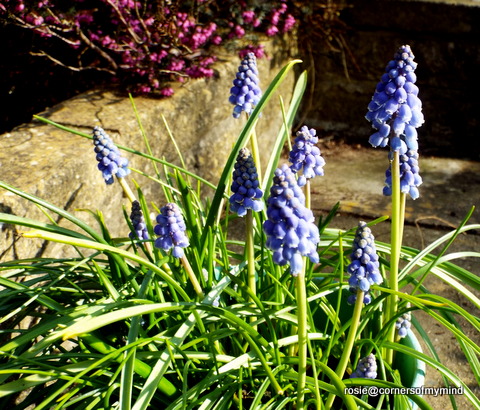 In the garden the Grape Hyacinth (Muscari) have flowered. I love their bright blue colour. 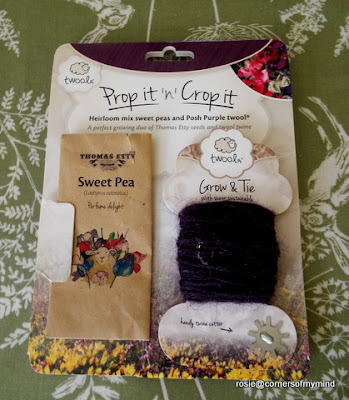 When I ordered bird nibbles on line I also treated myself to some Sweet Pea seeds.  They came with wool twine called Twool with which to tie the flowers and stems to the wigwam canes. 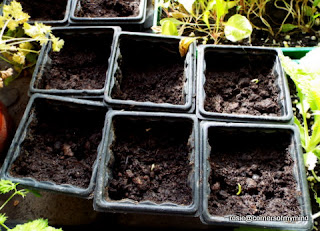 The seeds were planted a few days ago, there were ten in all and three of them are showing little shoots. 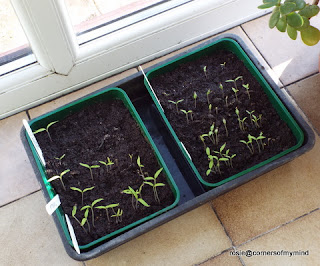 Also growing well are the little tomato shoots.  There are several varieties, all labelled, including Gardener's Delight, Tigrella and Mini Munch.

On Tuesday morning we walked down to the local park.  it was quite warm and sunny.  Spring hasn't quite sprung there yet but there were a few encouraging signs. 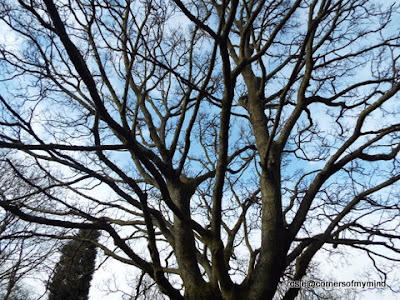 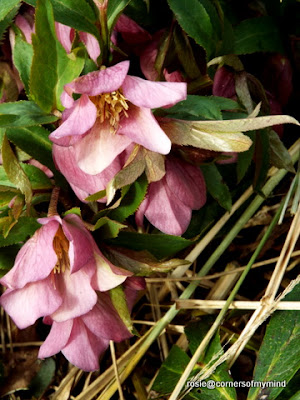 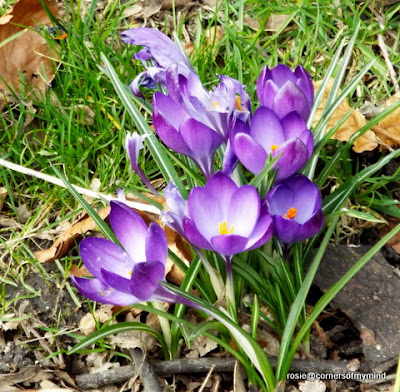 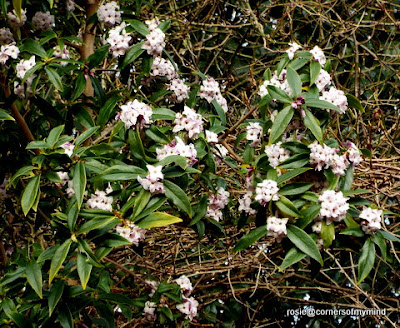 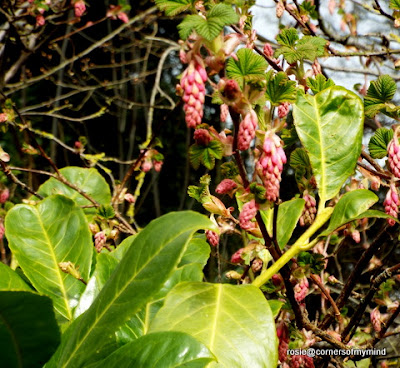 I was also spotting things as we walked towards the park. 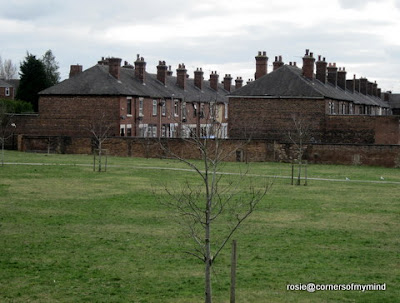 N
I liked all the chimneys on these houses. 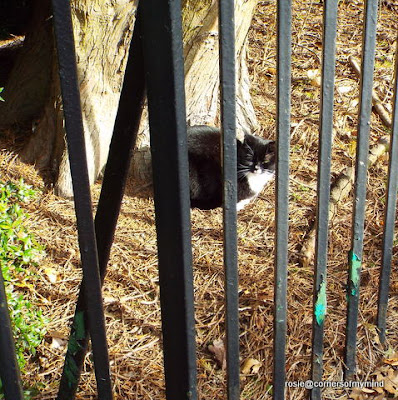 A little cat hiding behind the railings in the park. 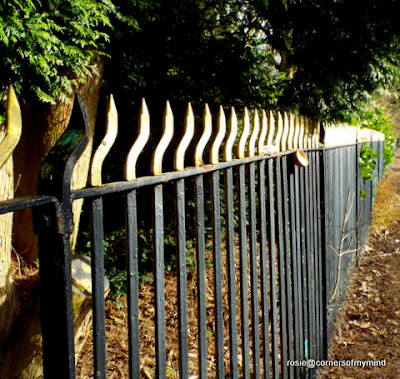 The gold tops of the railings were glinting in the sun.

The terraced houses above were built for pottery workers to live in, just as the public parks were built for their leisure.  There were lots of pottery factories in the area around here.  Many of which still stand others have been demolished.

Writing this has reminded me that this Sunday is the final of   'The Great Pottery Throwdown' filmed at the nearby Gladstone Pottery Museum.  I've been enjoying watching this series as much if not more than the previous three which were filmed further North in the city at Middleport Pottery.  We've also been enjoying 'The Great British Dig' and 'Grayson Perry's Art Club.'  I've been enjoying the new series of 'Unforgotten' and am looking forward to the return of 'Line of Duty' next week.

Tomorrow I will have been writing this blog for sixteen years. It doesn't seem possible for it to have been that long ago - Monday 14th March 2005 - when I wrote my first post.