Yesterday's walk took us down through the local recreation ground at the bottom of which is the fairly new, colourful building belonging to the Clarice Cliff Primary School - which is now an Academy sponsored by the Co-op.  The recreation ground which is maintaianed by the City Council houses a football pitch, a netball court and a children's play area with the usual swings, slides and bouncy chickens.  It is also very popular with local dog walkers. In the centre with paths either side is an area of trees mostly pear and crab apple.

The pear trees were in blossom and looking wonderful. 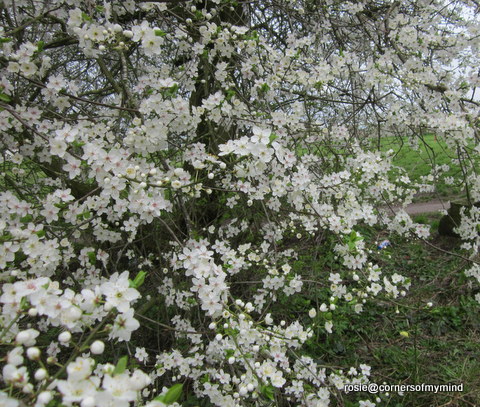 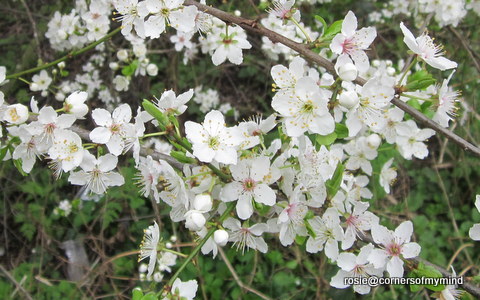 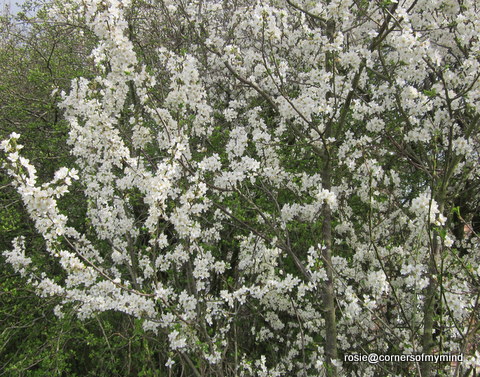 At home in the conservatory the sweet pea seedlings I showed you in my last post have grown enough to be planted in a larger pot using the twine or 'twool' that was included in the seed pack. 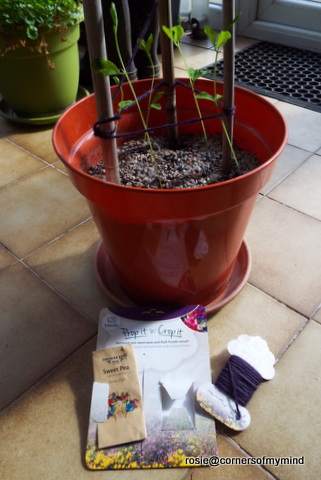 Eight out of ten of the seeds have germinated and there are five in this pot.  The other three are taking a little longer to grow. 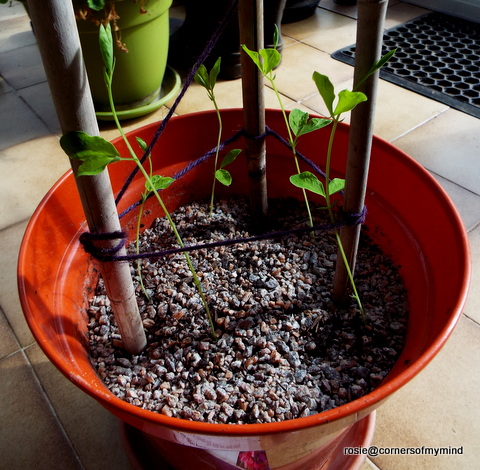 March is nearly at an end.  Did it come in like a lion or a lamb?  I can't remember.  It has gone by so quickly.  From the weather reports it looks as if it is going to depart in lamb like fashion so perhaps it did roar as it came in. The clocks spring forward this weekend and next weekend is Easter.  Time is racing on.  I have the ingredients to make a Simnel cake and when I was searching the cupboards for something else I came across the Easter decorations. 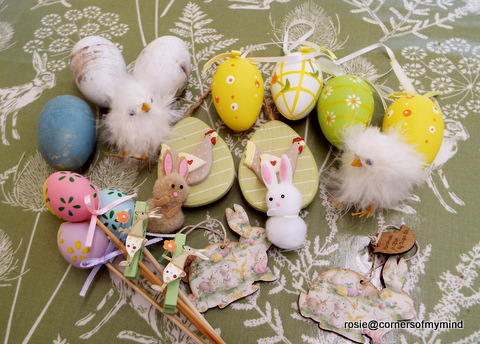 I need to find a suitable twig from the garden to hang them on.

Yesterday it rained for most of the day.  There was frost this morning and although the sun is bright at the moment it is bitterly cold with a harsh wind.  I think the day needs to warm up a little before we venture out for today's walk.

We put the wildlife camera out a couple of times this week.  It has captured visits to the food bowl from three different foxes one with a limp - holding up it's front left leg - three different badgers including the pale, female one, crows, magpies, blackbirds and of course a few of the local cats, some of them in the collage below. 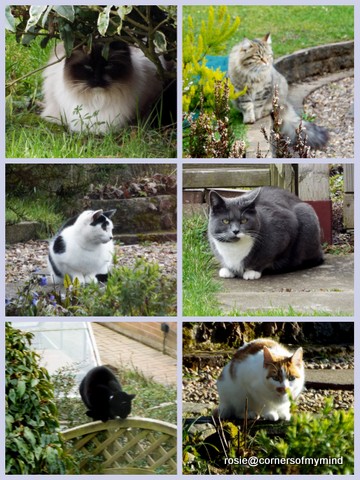 We know them all by sight and all but one by name - Dolly, Mabel, Sox, Peanut and Pip.  I wonder what the white and black cat by the pond is called? It visits most days to sit there.
Posted by Rosie at 9:37 am