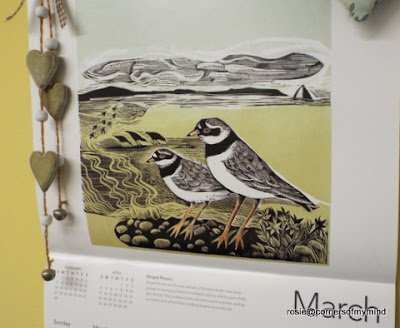 Although the title of this post is 'Into March' I'm going to write about the end of February, specifically the last two days.  The weather was beautiful, almost perfect for the time of year.  It certainly made us both feel more cheerful, more optimistic about the next few weeks without looking too far ahead.  It was just good to be able to get out into a fairly dry garden and take stock of what needs to be done. 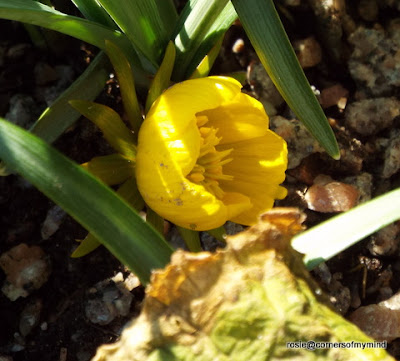 The first thing I spotted was just one flower from the Winter Aconite that I thought had been lost.  It was  struggling to show it's bright yellow face under the Snowdrops.  I'm glad it is still there. 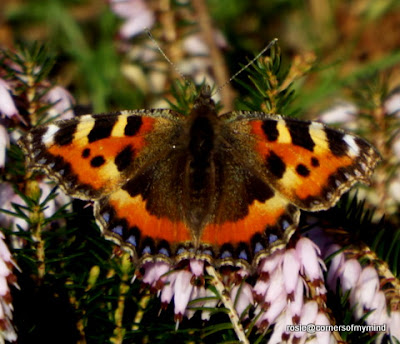 The heather was alive with the sound of bees, mostly small ones but also a couple of bumble bees too. Standing on the steps with heather on either side it was almost as loud as the buzzing in the air on a warm Summer's afternoon. 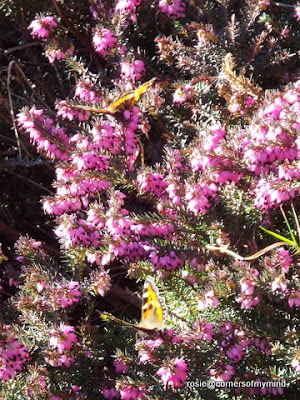 We saw both small and large Tortoishell butterflies, there must have been five or six of them flitting and fluttering as they landed and fed on the heather. 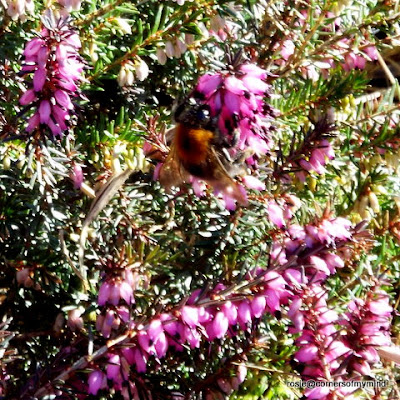 On Saurday there was one lone frog in the pond but it has now disappeared.  I hope the heron that visited one misty morning last week didn't come back  and take it.  I was hoping it might be joined by a few friends over the next week or two. 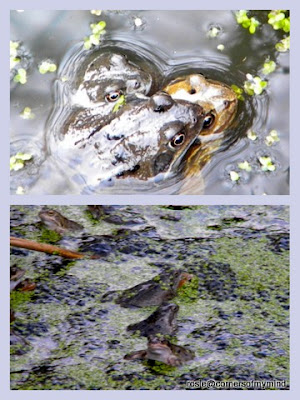 It's a long time since we've seen scenes like those above in the pond. 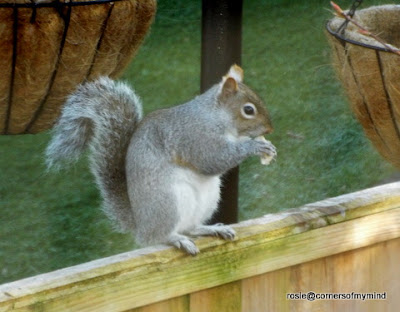 The squirrels are looking plump and well fed this one was on the fence between us and next door. 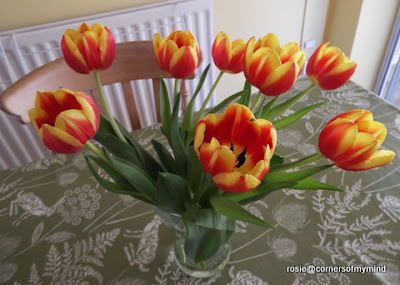 Inside felt cheerful too as the sun lit up the Spring flowers on the kitchen table. 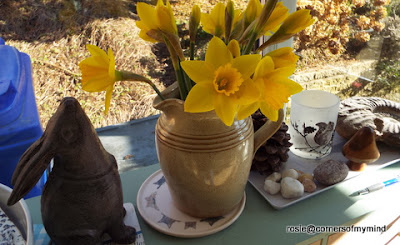 Daffodils on top of the fossil cabinet in the conservatory window were also bright and cheerful in the sunshine.
Our overnight wildlife camera has shown us that we have a pair of foxes and it looks as if cubs may be imminent.  Also the badgers are back!  The pale one is the female, perhaps there will be some badger cubs too.
Their bustling 'get out of my way' attitude always makes me smile.