Last week we spent two days travelling around visiting friends and relatives.
We started out in the village of Holmesfield where we had lunch with friends who are also distant cousins of mine. After lunch we all went for a walk around their nearest town of Dronfield. 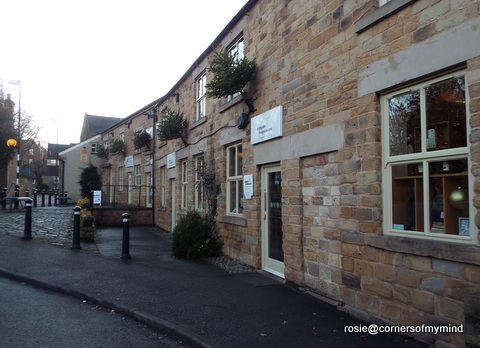 I thought what a nice little town it was.  In the centre were lots of interesting and historic buildings.  Above the old forge which is now a shopping complex and cafe.  Below is the parish church. 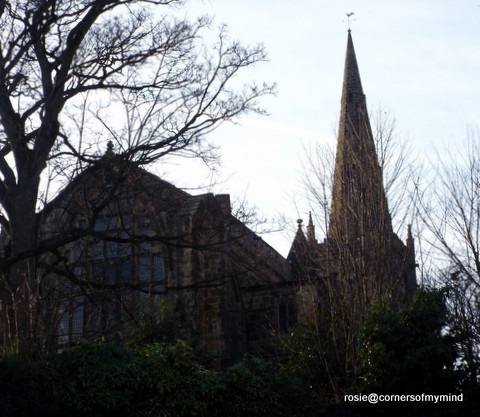 What we had particularly wanted to see was The Hall Barn as I'd heard quite a bit about it from various sources and it sounded an interesting place to visit. 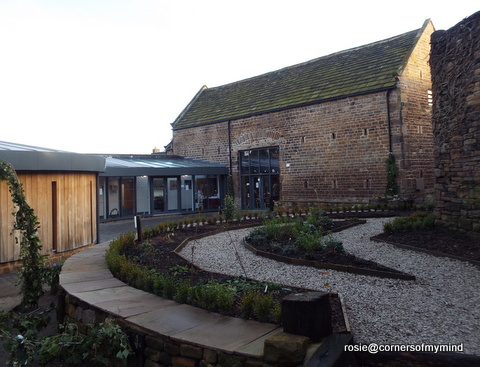 The original framework of the barn dates from 1430.  At this time the manor of Dronfield was leased by Lady Alice Deincourt.   Lady Alice was the daughter of a Neville and a Percy two of the most powerful families in England.  She was a great Aunt to Edward IV and Richard III. 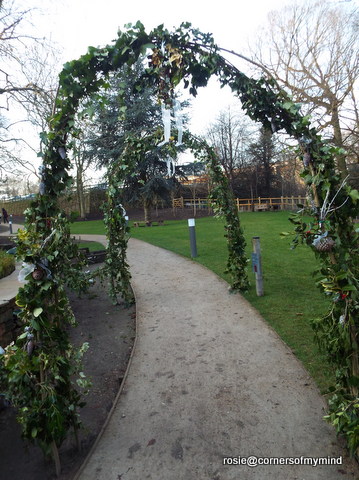 Experts and researchers think that Lady Alice would have had the hall built for her steward as there is no documentary evidence that she ever visited her lands in Dronfield.  The Hall would have had a dais canopy under which the Lord of the Manor would have sat at high table when entertaining important guests. 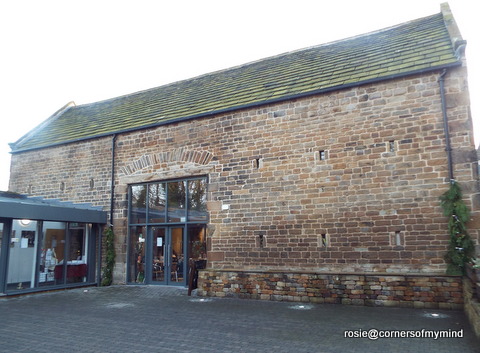 The barn formed part of the Hall Farm complex later owned by the Rotherham-Cecil estate and there would have been cottages and workshops in front of it.  The site and barn were later owned by the Jowitt factory which carried out essential work and used the barn for storage.  The site was bought by Sainsbury for a supermarket and in 2004 they donated the barn and its surrounding land to the Peel Centre trust for community use.  The Dronfield Heritage Trust was formed and in 2012 they received a Heritage Lottery Grant of £1.2 million to help with the  renovations and restoration of the Hall Barn.  Downstairs in the extension are rooms for hire and on the ground floor is a cafe and display area. 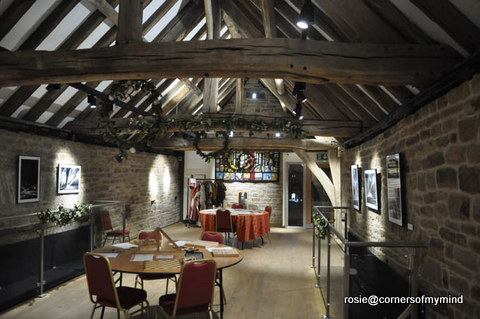 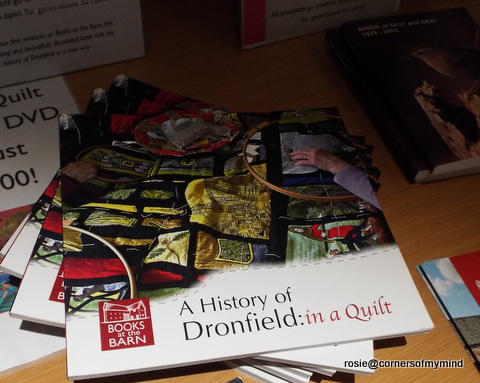 Called A History of Dronfield in a Quilt it is one of three made by local quilters who used digital archives of the town's history as inspiration. 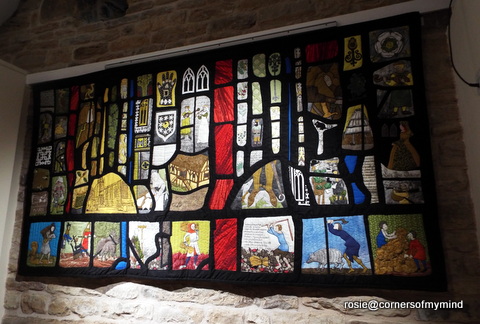 The one above is the medieval quilt which has been made to look like a stained glass window.  It features all aspect of life in the middle ages including quotes from the Domesday book.  Volunteers are also working on a herb garden and in the grounds are managing trees and creating paths and wildflower areas.  I'd like to go back again in the spring or early summer to see what progress has been made. 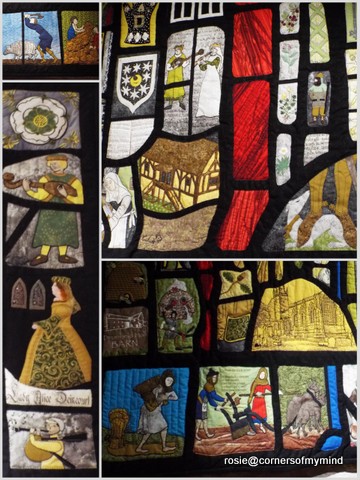 After we left Dronfield we popped over to nearby Chesterfield to meet up with my niece and joined with her to visit my sister who is now in a care home in the town. 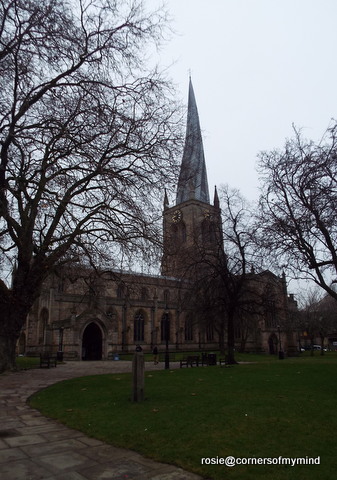 We stayed overnight in Chesterfield before moving on to visit more relatives in Mansfield the next day.  Firstly though, after breakfast,  we popped into the Parish Church of St Mary and All Saints which is, of course, known as the Crooked Spire.  I will write a post on this visit later.
Posted by Rosie at 7:15 pm