In the Smallthorne area of Stoke-on-Trent stands one of the oldest buildings in the city. Ford Green Hall is a 17th century timber framed farmhouse which was, when we first came to live in the city, one of the museums belonging to Stoke City Council. 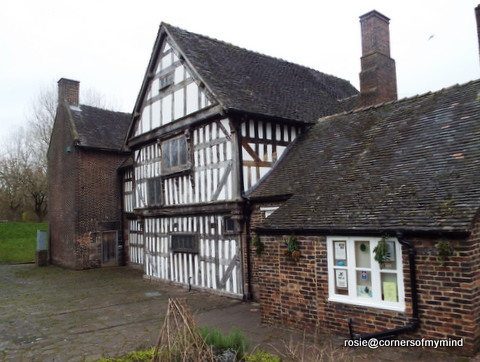 It is now one of two city Museums that were transferred to charitable organisations and is run by volunteers whilst still working closely with the City Council's  Museum service. 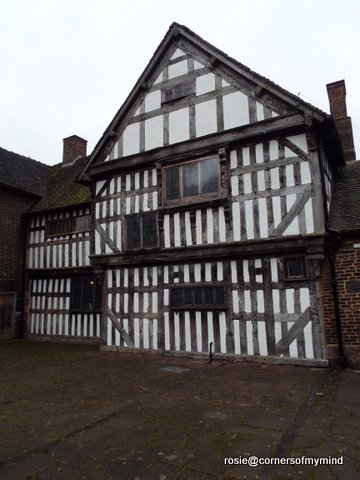 The farmhouse was built in 1624 for Hugh Ford who was a yeoman dairy farmer of 36 acres of land.  The brick additions were added in the 18th century.  The Ford family lived in the farmhouse for about 200 years.  When they finally left in the 19th century the building went into decline and was made into three and then four cottages. 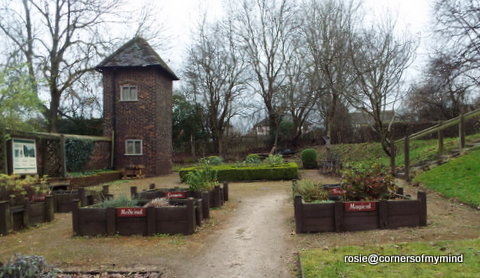 At the back of the hall is an award winning herb garden with raised beds full of herbs for different uses within the household. 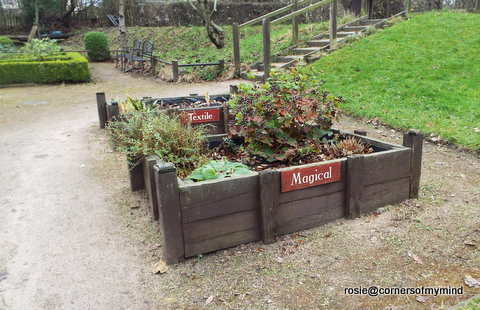 Above are herbs for magical and textile uses there are also beds for herbs for medicinal, cosmetic, domestic and culinary activities. 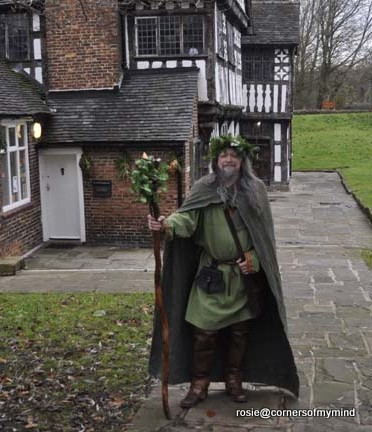 The Green Man was on hand to help organise the festivities.....
(Paul's photo of the Green man) 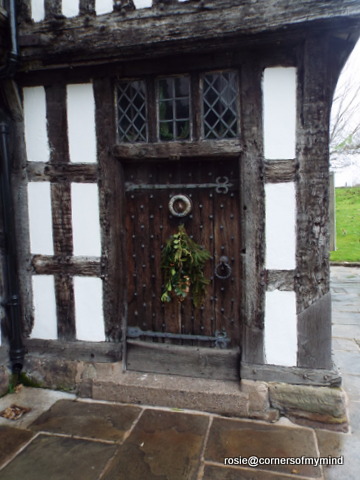 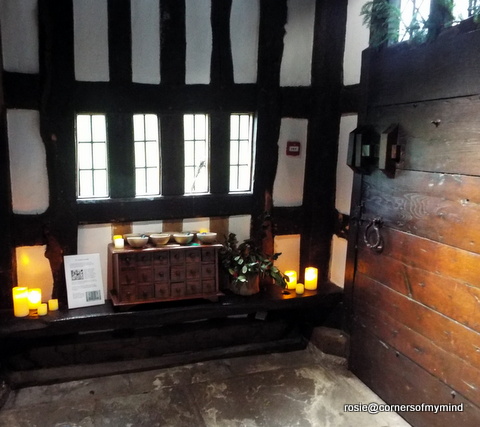 That's better! It's much warmer in here with candles, and lanterns and open fires. 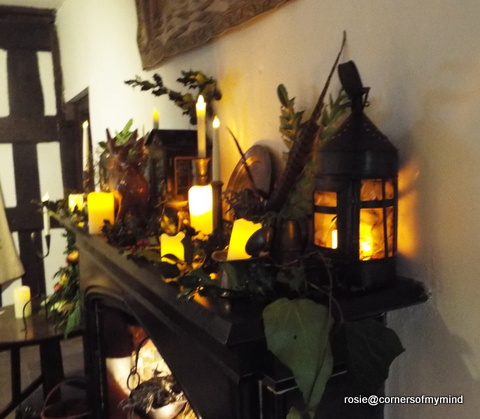 A choir are singing carols in front of the fireplace in the main hall (I didn't take a photo as children were involved.) 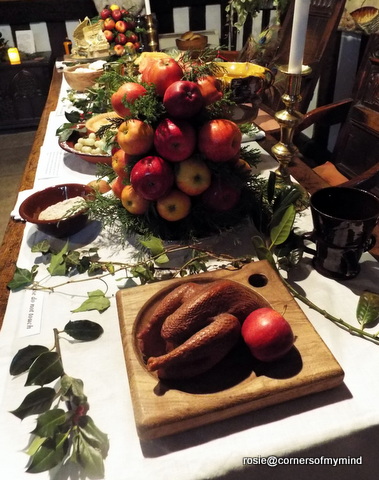 and there is a table laden with festive fayre. 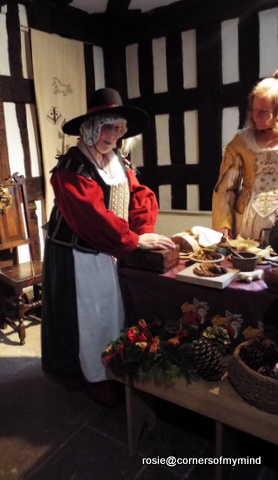 In the parlour the ladies tell us all about Christmas traditions of the 17th century and other ages too. 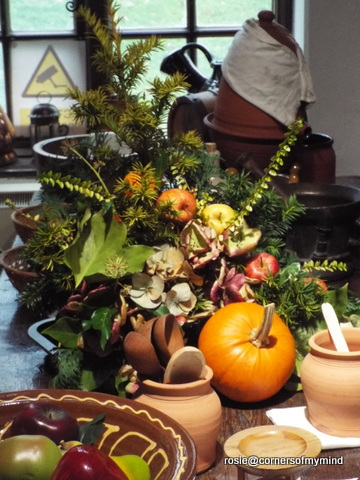 The kitchen too is full of festive food and greenery. 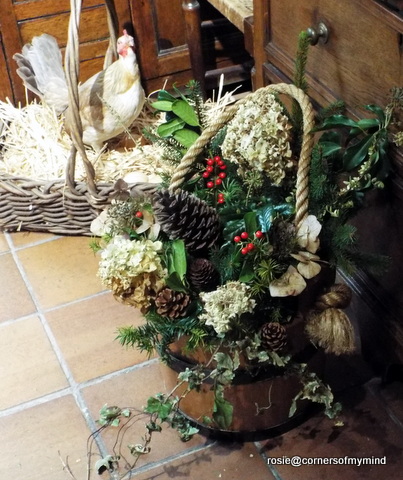 The scent of orange, cinnamon and cloves spreads through the house from the pomander making class upstairs in the parlour chamber. 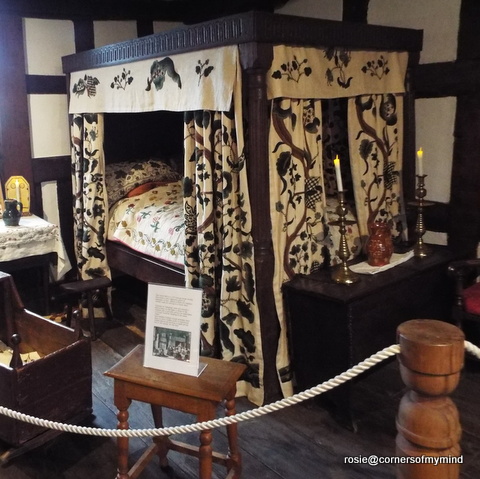 It's too busy to take a snooze in the hall chamber 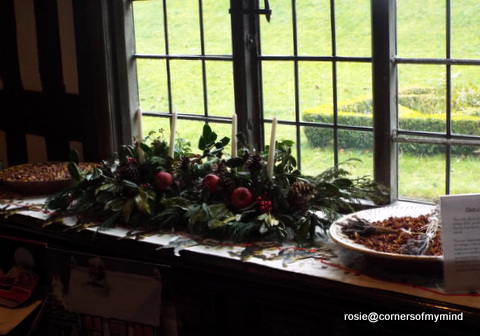 So we wander back downstairs to take another look before we leave via the little cafe and shop..... 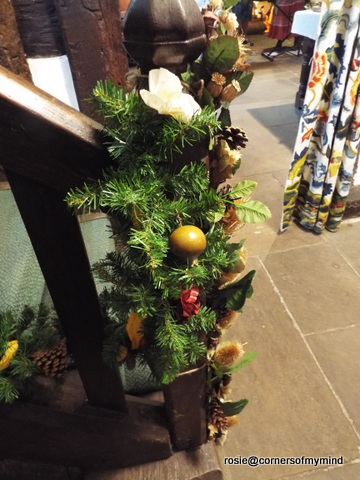