Just a few photos from our misty, frosty morning walk around the lake at Trentham this morning.

It was minus two degrees as we parked and the mist descended as we rounded the lake until you couldn't see the other side.  Below are just a few photos of things that caught my eye as we meandered along the paths. 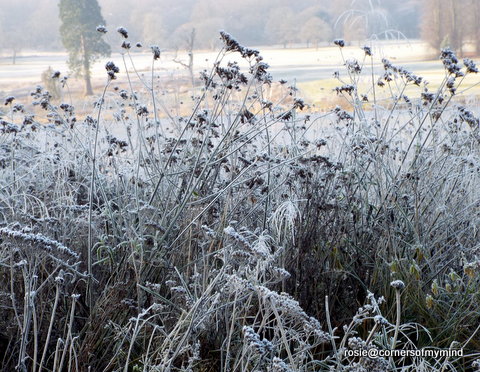 The wonderful wild flower beds from the summer 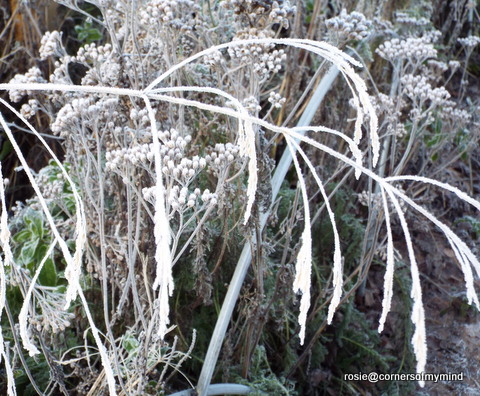 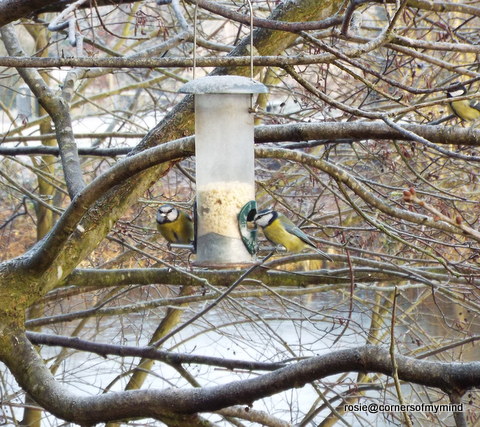 By the very busy lakeside cafe the blue tits fed on the feeders mostly noticed by the crowd. 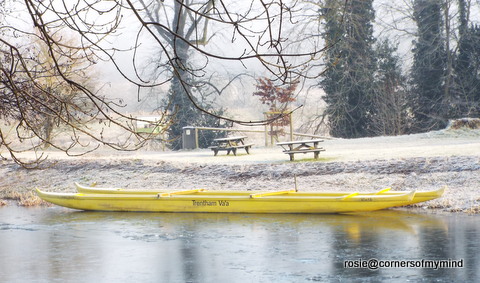 The mist was beginning to descend 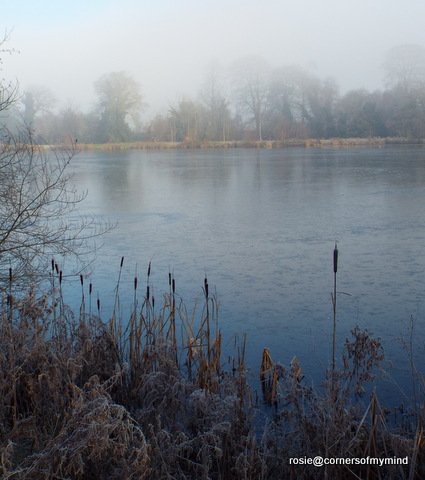 The opposite side of the lake was fast disappearing to sight 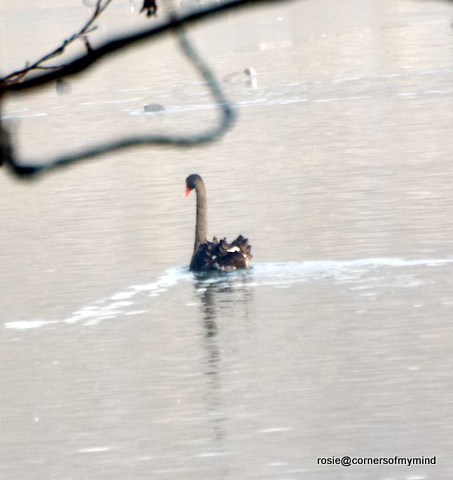 We spotted the pair of black swans on the island in the middle of the lake. 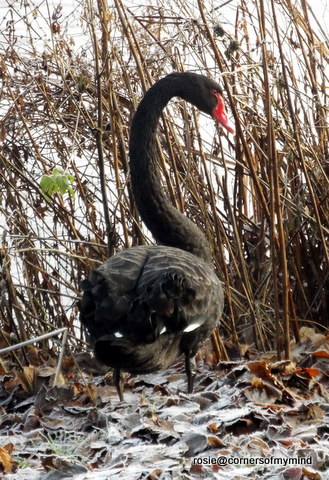 They swam over close to where we were walking and one of them ventured out of the water. 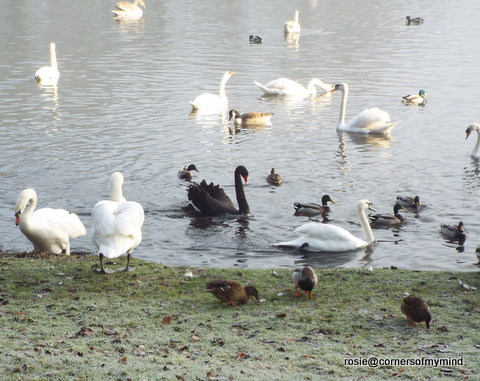 There were lots of swans, geese, coots and mallards on the water 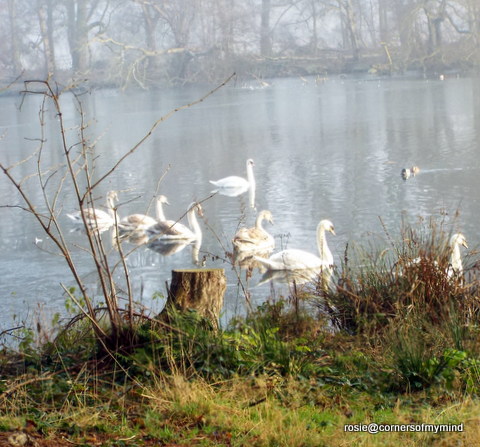 We also saw one female Mandarin duck hiding at the edges of the water.  Not in the photo above though; they are a row of this year's cygnets rapidly turning into swans. 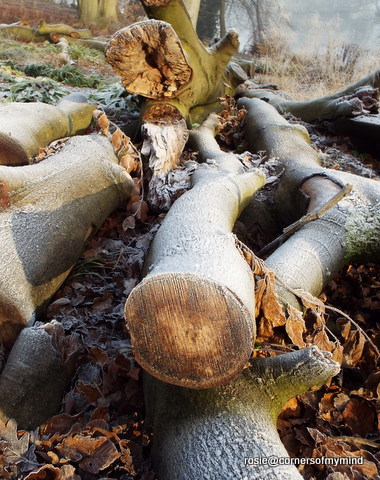 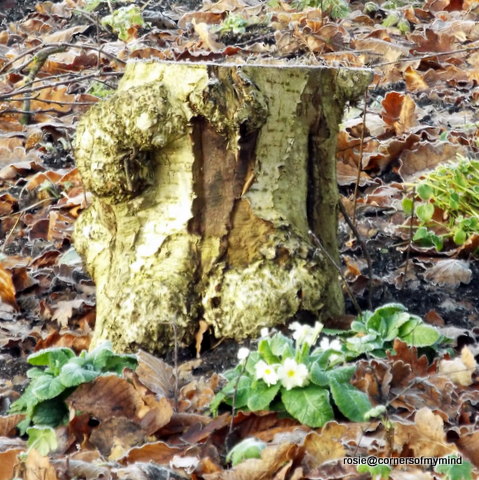 There were primroses too!  So early I don't think they will survive the frost. 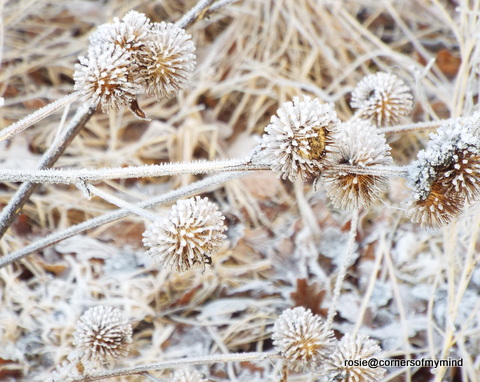 Everywhere was looking so wintry 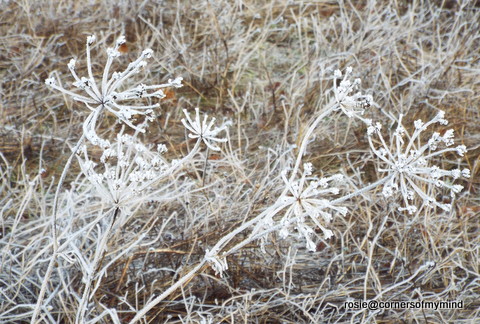 and very seasonal too. 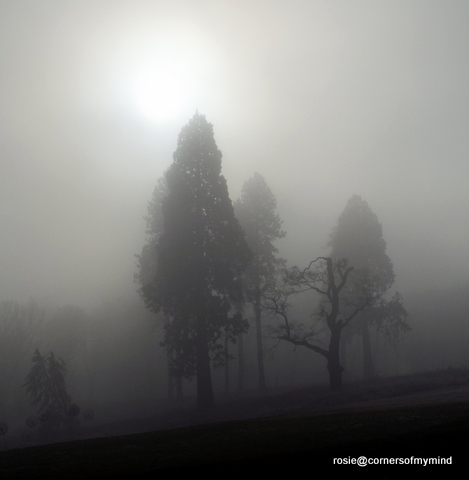 Brr...time to return to the warmth of home.
Posted by Rosie at 3:12 pm