'I sat for an hour in a tree shadowed walk'

'I had been over to Newcastle-under-Lyme to visit the family dentist and afterwards I sat for an hour in a tree shadowed walk called The Brampton and meditated on the war.  It was one of those shimmering Autumn days when every leaf and flower seemed to scintillate with light and I found it very hard to believe that not far away men were being slain ruthlessley.  It is impossible, I concluded, to find any satisfaction in the destruction of men whether they be English, French, German or anything else, seems a crime to the whole march of civilisation.'
Vera Brittain 1914
from Testament of Youth pub 1933

The words above, from Vera Brittain's book Testament of Youth, were the inspiration for the statue, by local artist Andrew Edwards, which sits on a bench on The Brampton in Newcastle-under-Lyme, Staffordshire. 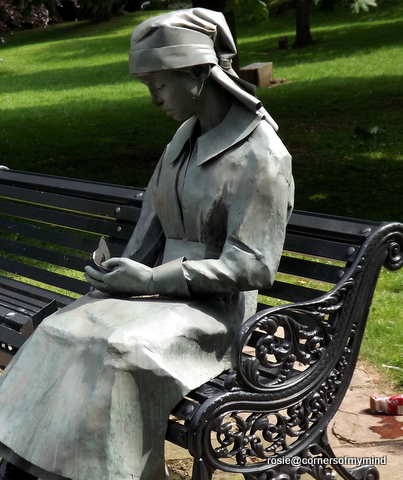 The statue although influenced by Vera Brittain's words isn't actually of the writer herself but more of a depiction of women of that time. 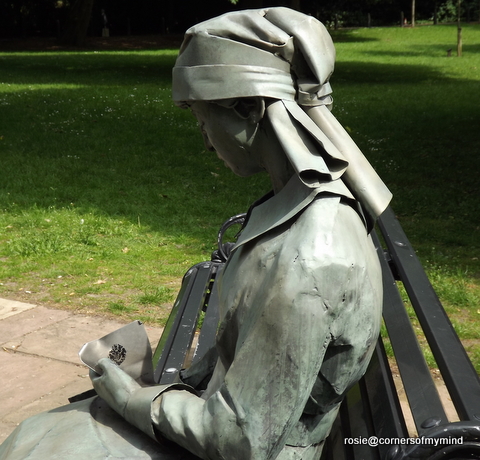 In her hand she clutches a letter, her head slightly bent, as she reads the words 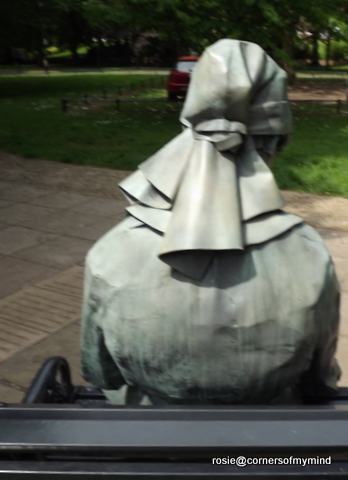 The statue, which is slightly larger than life size, is meant to depict everywoman, all those mothers, daughters, wives and lovers left at home and who suffered loss during not only this war but others too. 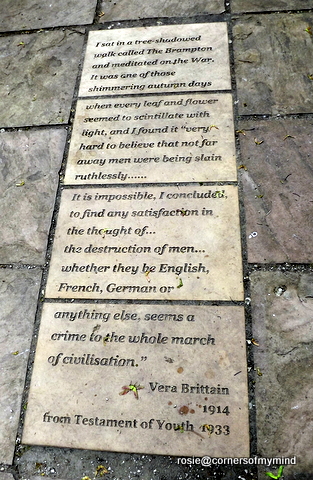 The bench and the statue, which was unveiled on 11th November 2014, were placed close to a copper beech tree that had been planted a few years before by Vera Brittain's daughter Baroness Williams of Crosby who will always be remembered as Shirley Williams MP.

Vera Brittain was born just a short distance from The Brampton on a leafy, tree lined street. 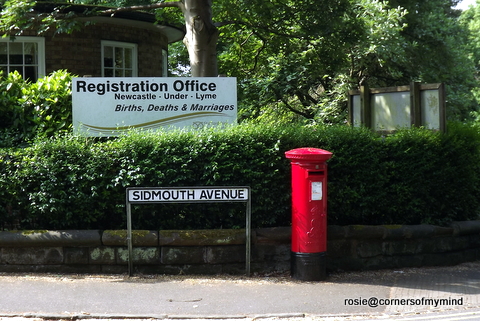 Her father was an industrialist who owned paper mills in Hanley, now the city centre of Stoke on Trent,  and in Cheddleton, a village between Stoke-on-Trent and Leek. 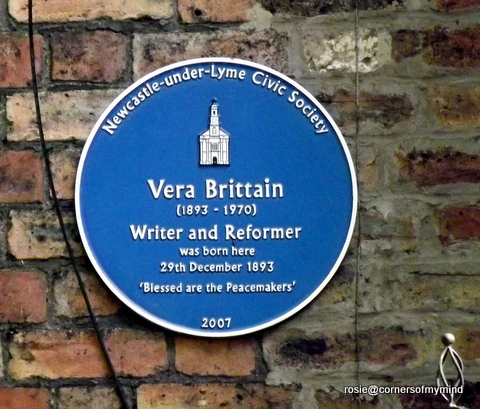 The family eventally moved away from Newcastle-under-Lyme living first in Macclesfield in Cheshire and then Buxton in Derbyshire.

Vera Brittain lost her fiancee, Roland Leighton, her brother Edward and  two close friends Victor Richardson and Geoffrey Thurlow to the war and as a consequence became a feminist and pacifist as well as a writer.  Testament of Youth is probably her best known work.  She also wrote Testament of Friendship about her friendship with the novelist Winifred Holtby whom she met at Somerville College, Oxford, plus other works including a couple of novels.

Here is more about the life of  Vera Brittain
Posted by Rosie at 5:47 pm