It's Friday so once again I'm joining in with  Amy at Love Made my Home for this week's Five on Friday.

On Tuesday we needed to visit nearby Newcastle-under-Lyme.  It is a small market town just four miles from the city centre of Stoke-on-Trent and is quite a lively town because of its close proximity to Keele University.

After a wander aroud the  centre we went up to The Brampton which is in a lovely area of the town. 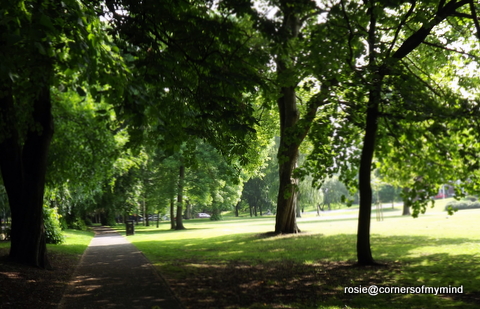 There are some beautiful old trees along the roadside and in the park and of course the Borough of Newcastle Museum and Art Gallery. 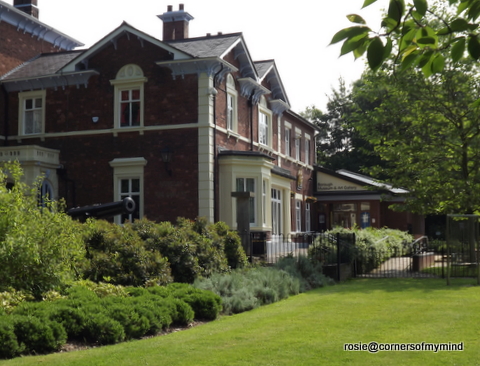 There is a garden, pond and aviary in the grounds too. 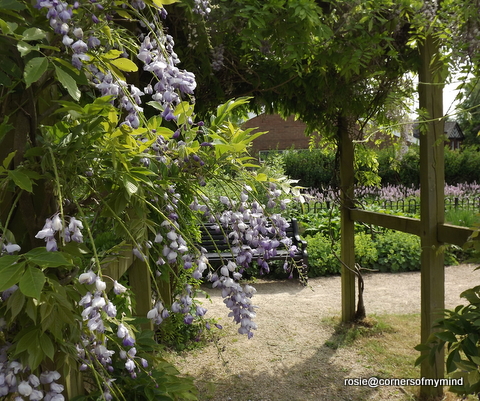 Below are five things I spotted whilst strolling around 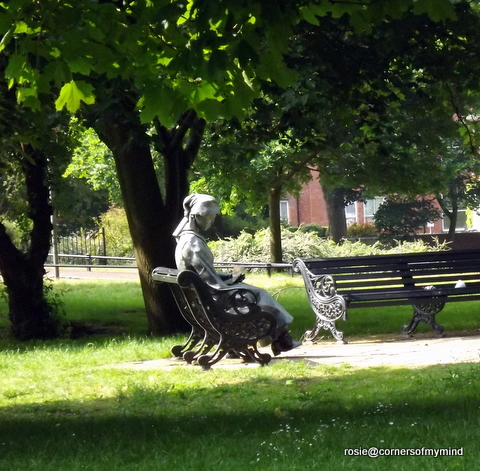 1.  The Universal Woman - of WW1,  based on a passage from Vera Brittain's autobiographical book Testament of Youth in which she describes a moment in time when she sat on a bench on The Brampton and pondered about how peaceful it was and hard to believe that men were fighting and being killed just over the channel.  I'm going to write more about this sculpture by Andrew Edwards and the Vera Brittain connection in my next post. 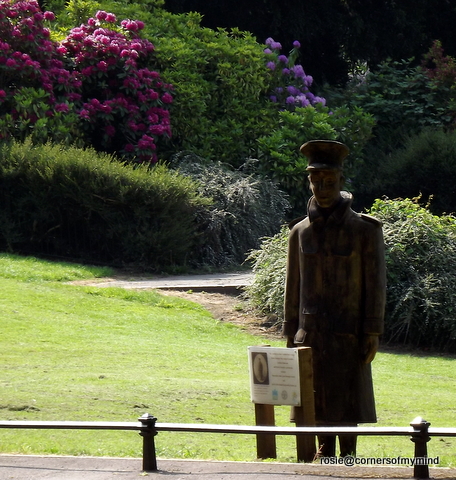 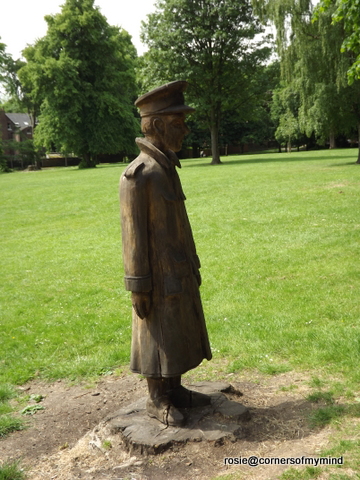 He served with the 5th North Staffordshire Regiment and was awarded a Military Cross for bravery after he was wounded in 1917.  He did return from the war and worked as a lecturer at the North Staffordshire College of Building. He was also a novelist writing several 'who-done-it' books. The statue was carved from what remained of an old Horse Chestnut tree by local sculptor Anthony Hammond as a tribute to all those from the area who fought in WW1. 3. The Russian Cannon
The cannon dates from 1840 and was captured at the end of the Crimean War c.1856.  It was presented by Samuel Christy MP to the Borough of Newcastle. 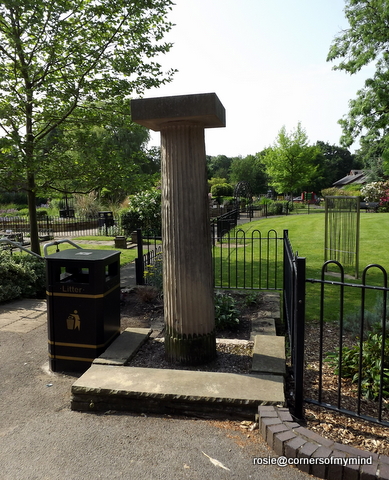 4.  The Market Cross (part of)
First erected in 1820 in front of the Guildhall in the town centre the column was moved to its present position in 1984 after repair work had been carried out 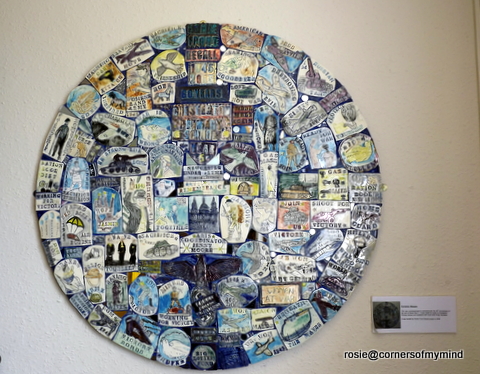 5.  Ceramic Mosaic
Made by the children of the local Chesterton Primary school to commemorate the 60th anniversary of the end of the second World War.


Have a lovely weekend everyone.
Posted by Rosie at 8:13 am