As promised in my Five on Friday post last week a bit more about the church in the village of Hartington in Derbyshire. 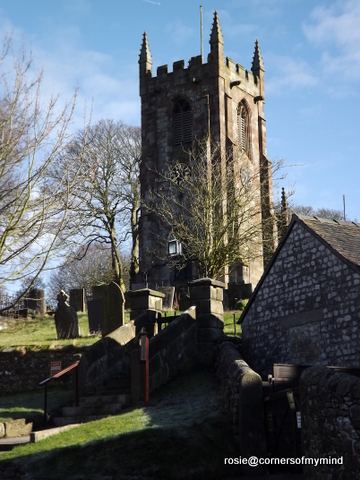 The foundations of the present church were laid in the early 13th century and the building was completed c. 1250.  It is thought that there was an earlier Anglo Saxon church on the same site.  The tower dates from the 14th century and the walls of the church were made higher sometime in the 15th century. 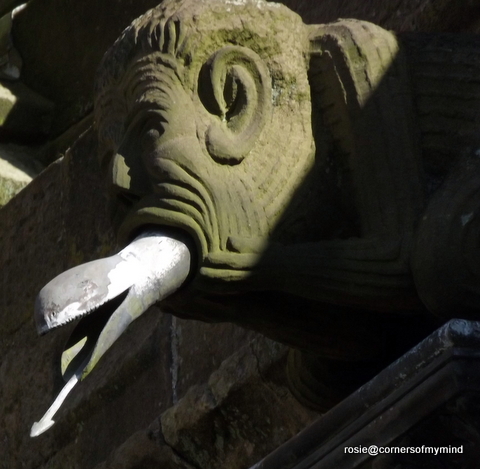 There were a few gargoyles on the outside of the church some of them were restored in the 19th century and have been adapted from waterspouts to downspouts. 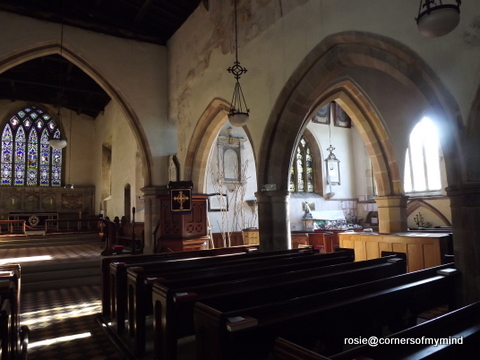 Inside the church was warm and light with the morning sun streaming through the windows. 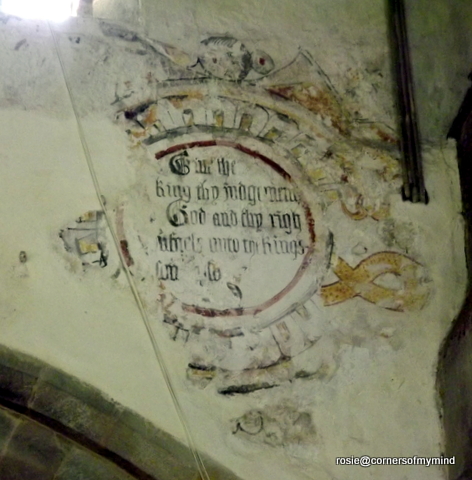 One of the most interesting things for me were the fragments of wall paintings in quite a few places.  Above and below are two of the larger sections remaining high up on the walls of the nave. 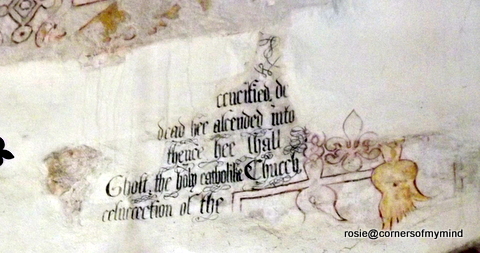 These remnants were restored in 1985, the restorer, Anna Hulbert, managed to identify some of the texts.  Also identified were at least two royal coats of arms, those of James I and Charles II. 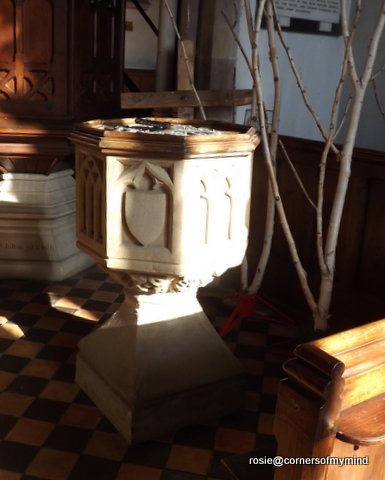 The 14th century font stands in the south transept where it was moved in 2007 from the base of the tower.  It was apparently 'garishly coloured'  but has been cleaned and returned to its original stone.  The south transept used to house the Biggin Chapel there are quite a few interesting items to be found here. 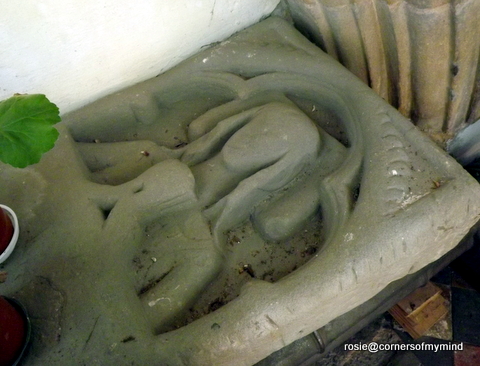 Below the south window is the tomb of a 13th century lady holding a heart in her hands.  This tomb was found and moved from beneath the nave in 1858.  Her identity is a mystery. 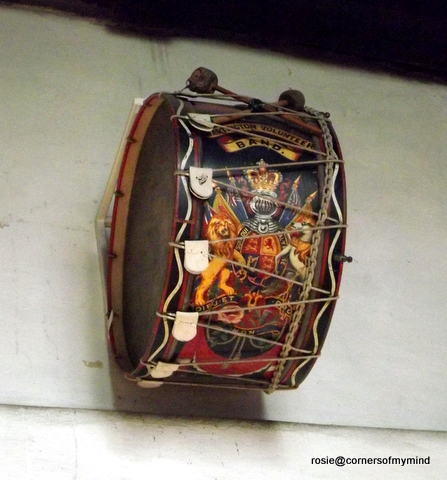 On the wall opposite the window is a base drum  which originally belonged to The Hartington Volunteers, a militia company founded in 1875.  The volunteers were later incorporated into The Sherwood Forresters regiment. 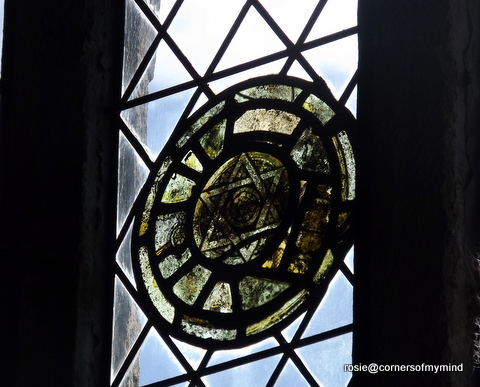 In the south window itself  is a roundel depicting the Star of David.  The glass is older than the fabric of the present church and it is thought to have come from the earlier church which stood on the same site. 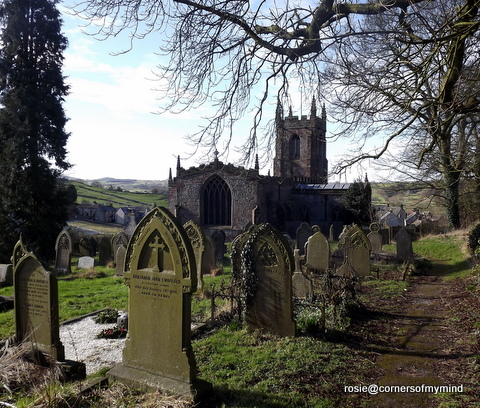 I hope you have enjoyed having a little look around both inside and out. 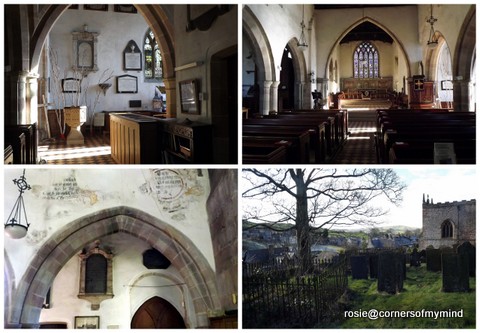 With thanks to the unknown writer of the little church guide book we purchsed for the information I have used in this post.
Posted by Rosie at 7:10 pm