February has dashed by so quickly in its haste to get into Spring! It is usually a month I dread but it hasn't been too bad this year, quite kind in fact.  It is time for this month's Photo Scavenger Hunt kindly hosted by greenthumb at Made with Love. I completely missed January's hunt so it is good to be back again. February's topics are...... 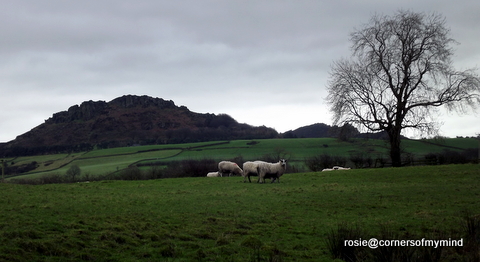 The grass in the fields was looking fresh and green as we walked around the reservoir at Tittesworth in the Staffordshire Moorlands near Leek.  The sheep were enjoying munching the grass.  The Roaches can be seen in the distance. 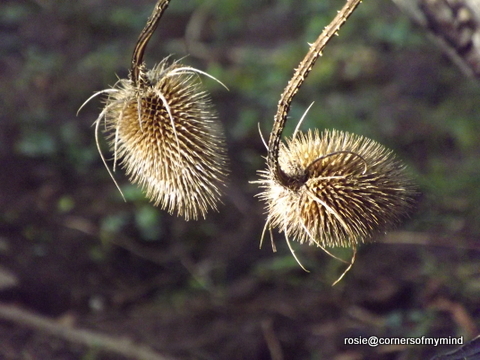 Two teasels at the Wolseley Centre, headquarters of the Staffordshire wildlife Trust near Rugeley in Staffordshire.  The teasels were in the garden area near the bird feeders.  This brought back childhood memories for me, a friend and I kept a couple of teasels in a shoe box for ages and pretended they were baby hedgehogs.  It kept us happy for ages - we were only six or seven at the time! 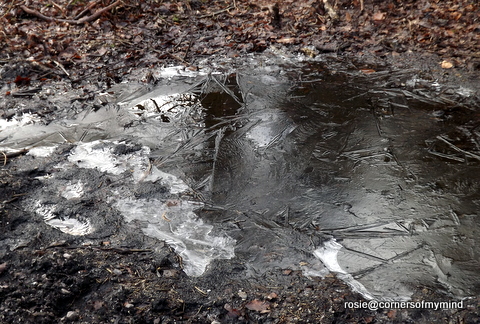 We had a cool morning walk around the lake at Trentham Gardens, it was definitely scarf, hat and gloves weather.  The lake was frozen in parts and all the puddles were icy. 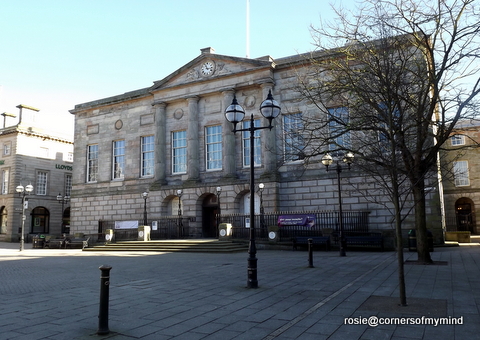 We visited the Shirehall at Stafford to see an exhibition called, 'Still, still life' it was fascinating but of course no photos allowed of the exhibition.  Also in the building is the old court house and gaol.  I did take photos in there and I'll share them another time, just one I'm including further along here. 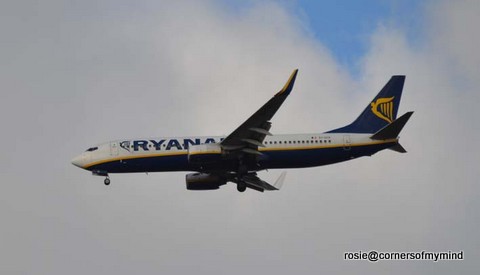 The plane was up but coming down to land at Manchester Airport, the planes are taking off and landing at regular intervals  Photo taken from the John Lewis car park at Cheadle Hulme in Cheshire. 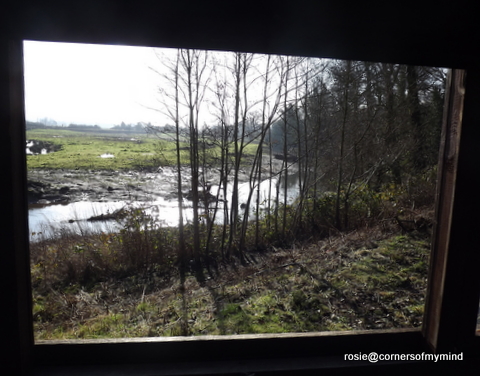 The River Trent and water meadows framed in the window of the bird hide at Trentham Gardens.


From a Low angle 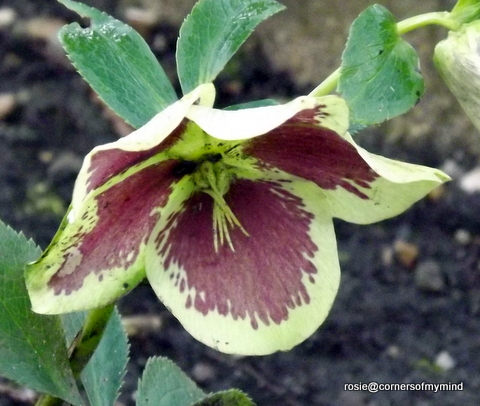 I had to crouch right down to get this photos of a Hellebore flower in the gardens at Trentham after our cool walk around the lake. 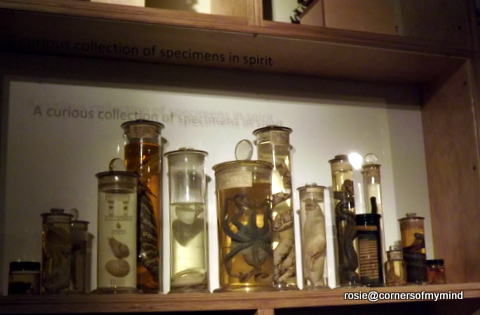 Specimens on a display shelf  in the natural history gallery at Derby Museum and Art Gallery. 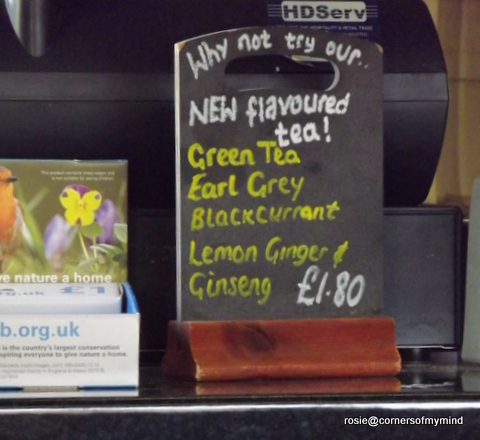 A hand written notice about speciality teas in the Lakeside cafe at Trentham Gardens. 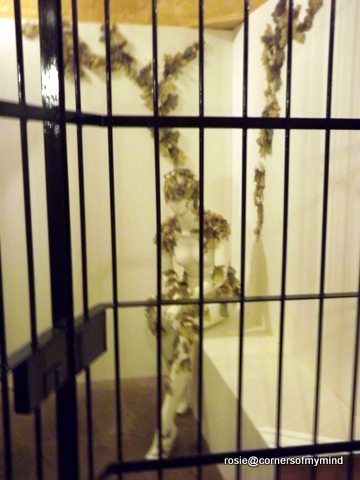 Inside the holding cell under the court house at the Shire Hall, Stafford.  An art installation by Sophie Symes which shows lichen growing on a body.  It depicts the feeling of being overwhelmed taking over the body and likens it to lichen growing on and overwhelming a tree. 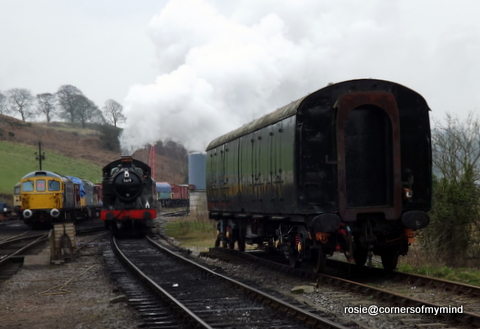 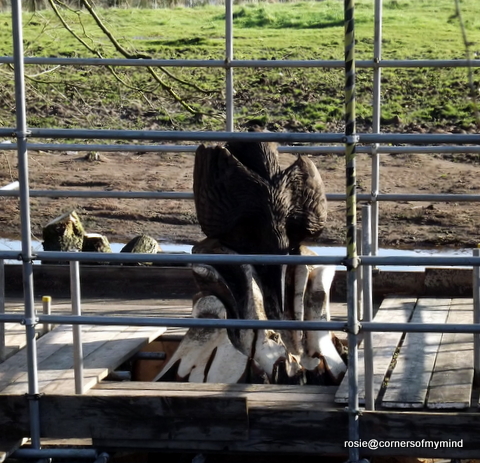 We were trying to work out from its shape what the new sculpture was at Trentham Gardens.  It is between the lake and the River Trent where you can sometimes see Kingfishers and that is what the sculpture is going to be - a diving Kingfisher.

Click on the link below to find others who are participating