Stokesay Castle which stands just a mile outside Craven Arms in Shropshire isn't really a castle but a rather wonderful fortified manor house. 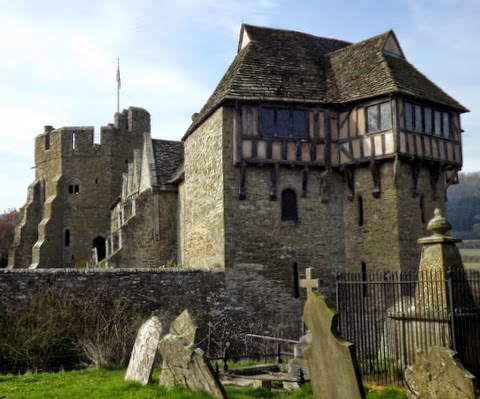 The property was purchased in 1281 by a wealthy wool merchant called Lawrence of Ludlow by this time the Anglo-Welsh wars had ended and it was safe to built a manor house, even though fortified, so close to the Welsh borders. 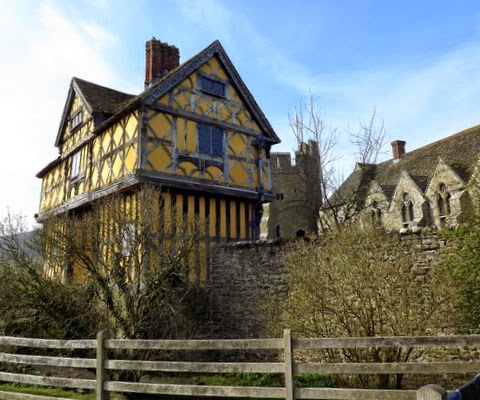 The entrance to the castle is through the 17th century gatehouse, built in 1641, just before the start of the English Civil War in what is known as the Marches style.  In 1645 during the Civil War Stokesay Castle surrendered to the Parliamentarian forces without any serious fighting. 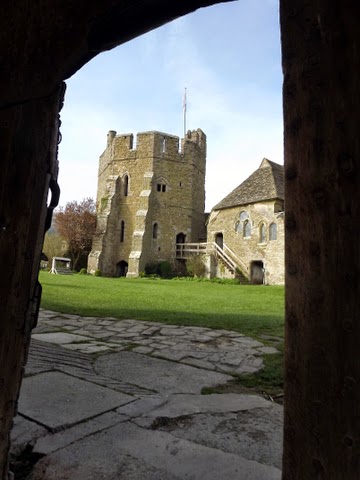 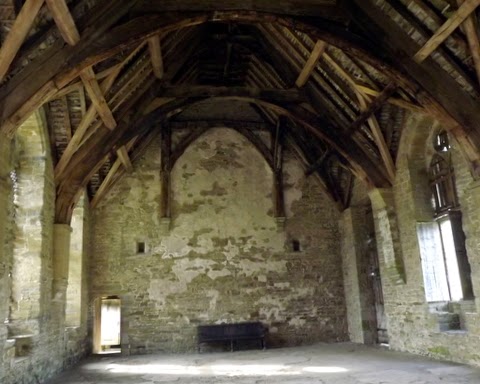 Little has been altered since then 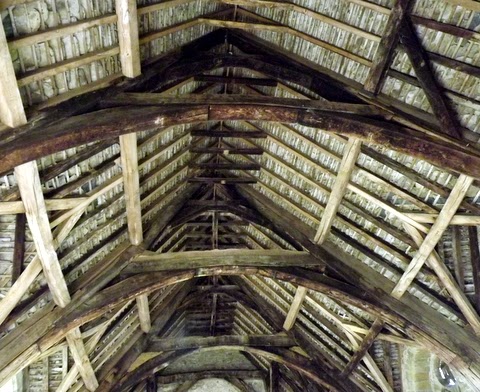 The timbers in the roof are magnificent 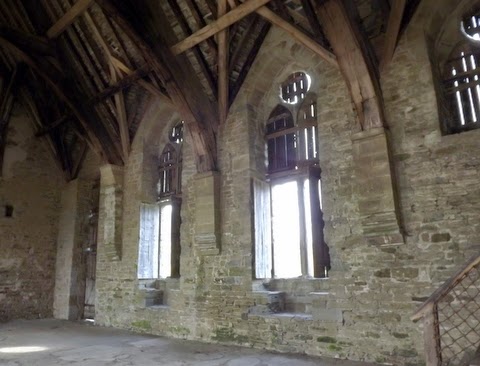 and the lofty, shuttered windows let in lots of light 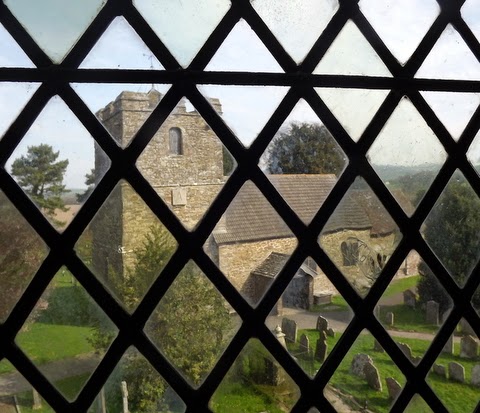 Above the hall is the North Tower, the view from the windows show the nearby church 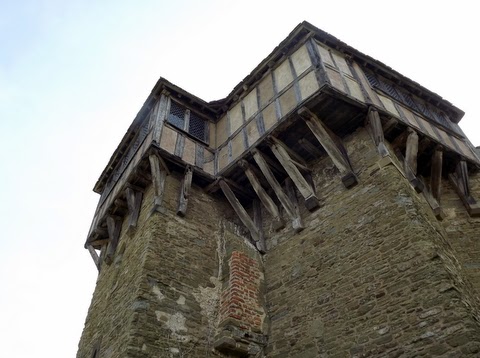 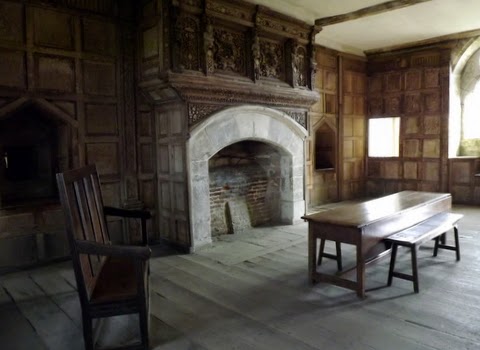 On the opposite side of the great hall is the solar block and in the main room are the fine 17th century carvings and wood panels added at the same time as the gatehouse. 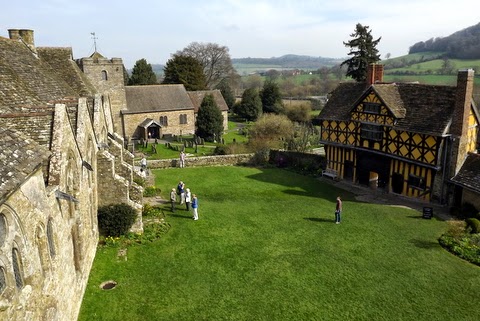 The tower has several floors and being open to the elements was full of twittering sparrows and swooping swallows - the first we had seen this year.  Apparently bats live here too.  Above a scene of the courtyard taken from the top of the tower and below are the rooftops of the solar and great hall with the church behind. 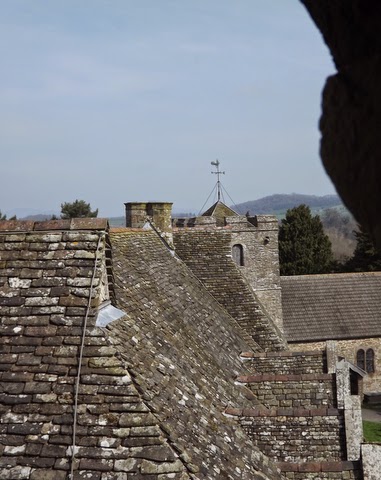 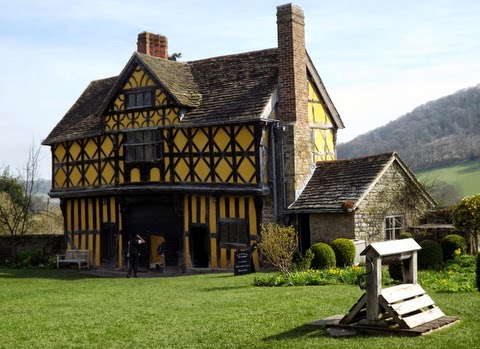 There is a walk around the moat and down there it was warm and sheltered in the sun and full of spring flowers and buzzing bees. 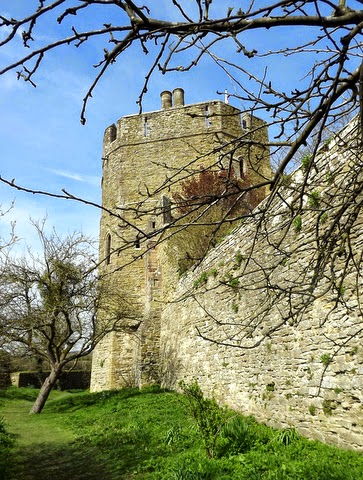 After visiting the castle we went into the church 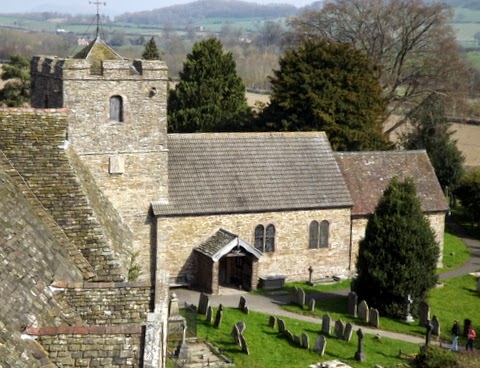 The church of St John the Baptist was founded in the 12th century but was rebuilt in the 17th century because, unlike the castle it did see some fighting during the Civil war. In 1646 a party of Royalists and their horses took refuge inside but were driven out by the Parliamentarians who had taken the nearby castle.  The south side of the nave was destroyed completely by canon shot. 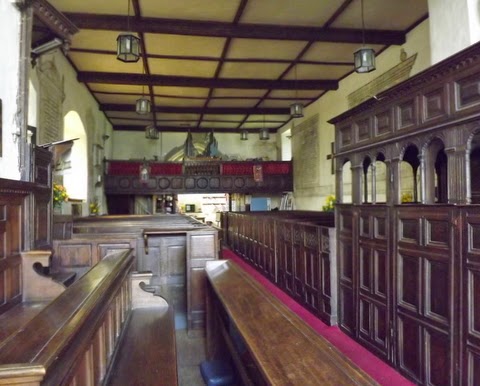 The church was rebuilt around 1654.  The gallery at the west end was where the church musicians would assemble, there is an organ there now.  The boxed and canopied pews date from around 1665.

Thank you for all your comments on my Five on Friday post.  I've visited most of you in return I hope and left a comment on your posts but there are a couple of you that I can't leave a comment with as I'm requested to join 'google plus' and I don't want to do that so apologies if you haven't had a comment from me.  I have visited, read and appreciated your lovely posts.

Have a lovely weekend everyone.