April seems to have passed by in the blink of an eye and it's time to join in again with the Photo Scavenger Hunt kindly organised by greenthumb at Made with Love  just click on the link for other participants. 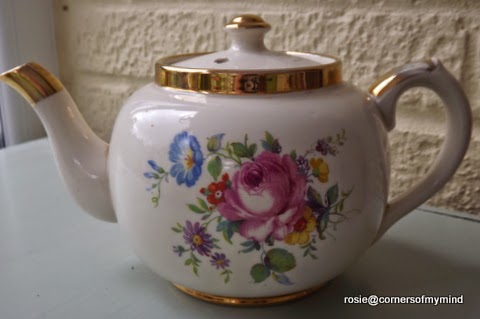 Living, as I do now, in Stoke-on-Trent, I've learnt that where ever you are in the world if you see someone, perhaps in a cafe or restaurant, turning crockery upside down then they are probably from Stoke-on-Trent and checking the origins of the plates or cups they are using.  There is even a club you can join which used to be called 'The turn-over club' now known as the 'Backstamp club'. I was looking through the cupboards recently and came across this tea pot which was the first teapot my mum had as a new bride in 1938, I think bought by my father.  It has the name Sudlow's on it made in one of the six towns of the Potteries, the mother town, Burslem.  Although it is now further south in the city, having travelled through Leicestershire, Nottinghamshire, Derbyshire and Lincolnshire over the years, it has sort of come home.  Apparently Sudlow's operated from the Adelaide Pottery Works from 1886 to 1965. 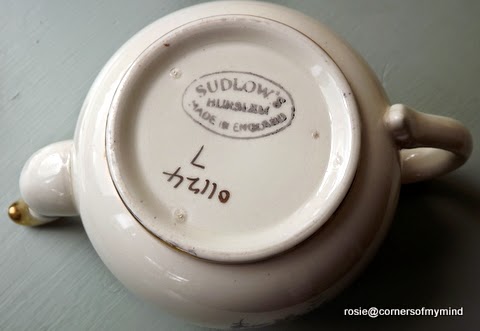 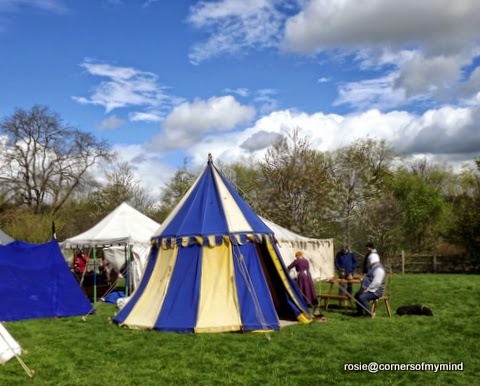 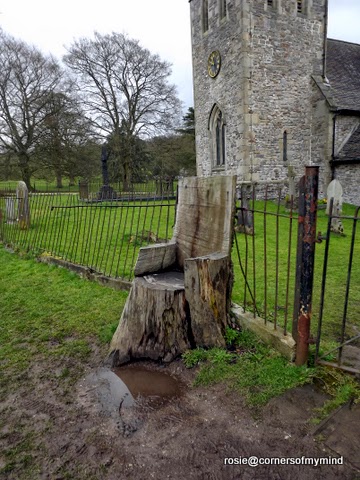 Carved in wood outside the church of The Holy Cross at Ilam, Staffordshire 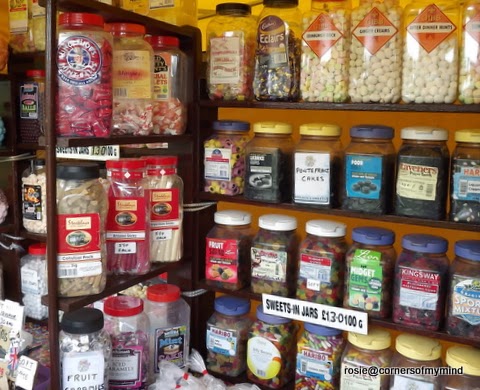 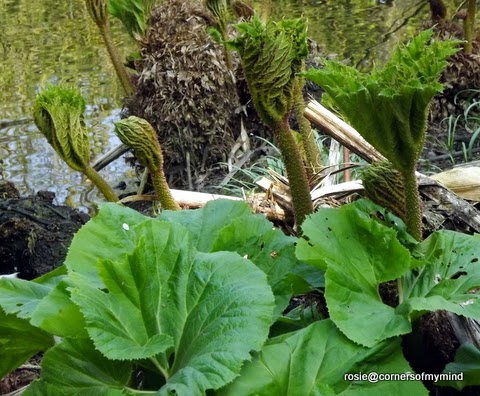 Twisted unfurling leaves of plants in one of the ponds at Wolesley Nature Reserve, Staffordshire 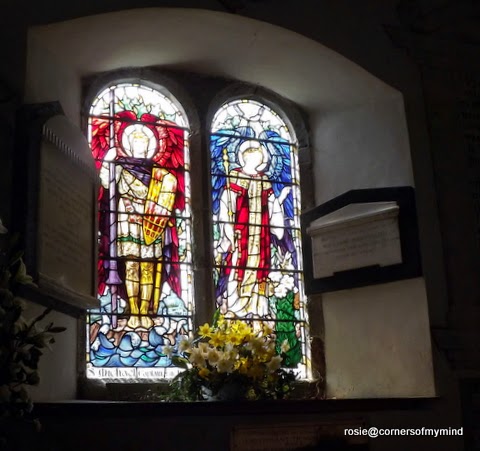 Stained glass inside the church of The Holy Cross at Ilam, Staffordshire 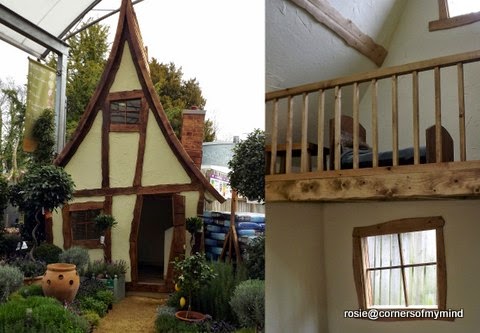 Inside one of the garden houses at Trentham Garden Centre there was a little balcony with a bed. 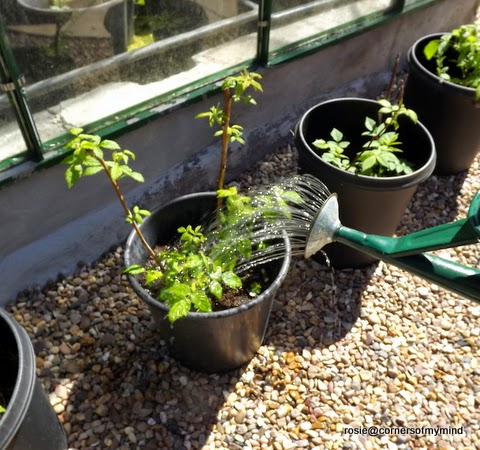 There hasn't been a lot of rain this month, April seems to have been quite dry and what rain we have had has been through the night or quick downpours when I haven't had a camera handy.  We have been making our own rain though and watering all the plants in the evening. 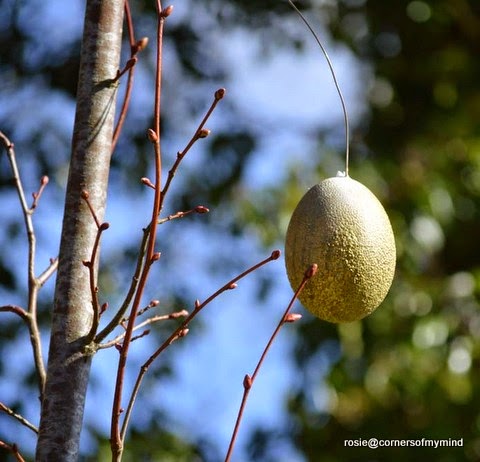 A lone painted egg left in a tree at Trentham gardens after the Easter Egg hunt - it was still there last week. 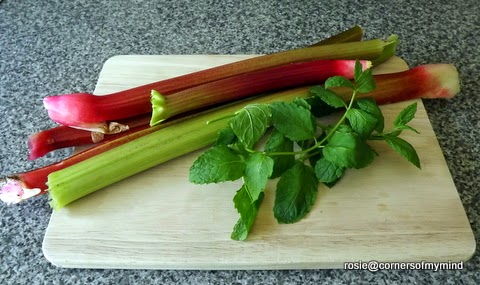 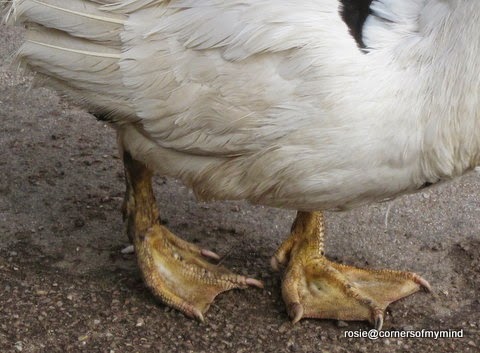 The large feet of a Muscovy Duck 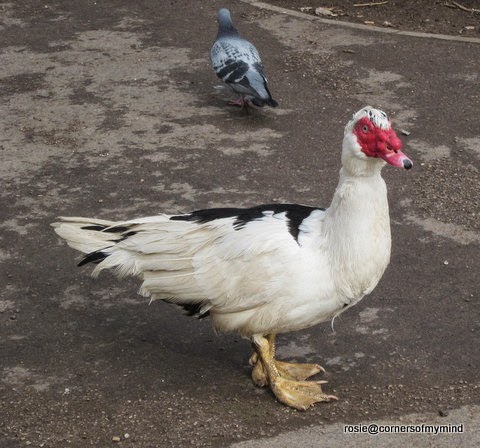 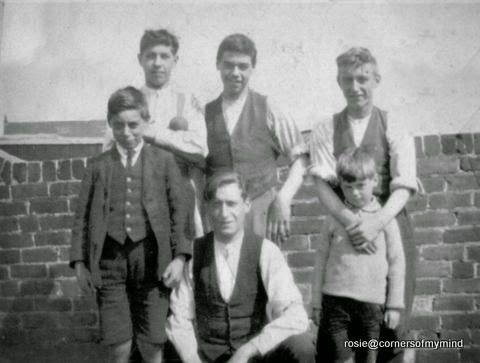 A photo given to me by a distant cousin I never knew existed until we met for the first time in Leek last week.  His father was my father's cousin, they were also best friends.  Here they both are in the photo above, my father, Harry Lawrence, centre back and next to him, on his left,  his cousin and friend Tom Edwards.  Taken in the mid 1920s - you may wonder how I come to have a father who was born in 1909 but I was a late child for him born when he was nearly 41 - he died when I was five years old so I have very few memories of him - it was lovely to have this photo of him looking young and healthy.
Posted by Rosie at 6:21 pm