I've got very behind with my posts recently and have many places we've visited over the last few weeks to report on not least our visits to Stafford Castle and to Cresswell Crags.  In lieu of not getting to see the sea yet this year we have found ourselves drifting towards walks around lakes and along canal sides especially in the warmer, sunnier weather we've been experiencing.  On Saturday morning we walked along a stretch of the Shropshire Union Canal from the Staffordshire Wildlife's nature reserve at Loynton Moss and along the canal towpath as far as the Anchor Inn and back.  Firstly, however, I'm going to share some photos taken on some of the walks we've done over the last two or three weeks. 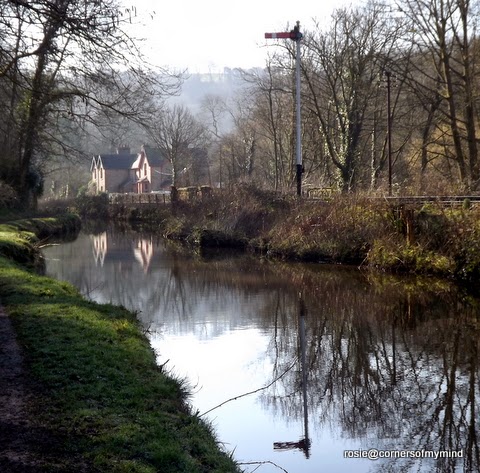 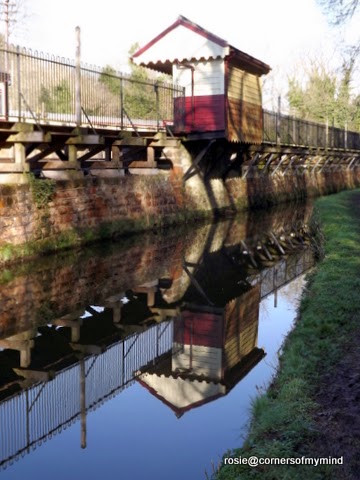 One side of the station platforms hangs over the canal 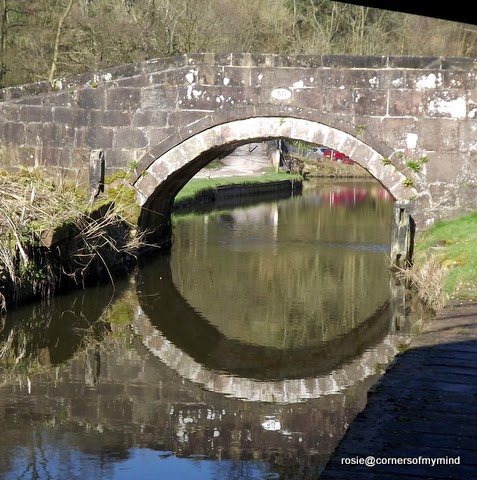 More reflections -  of the bridge over the canal 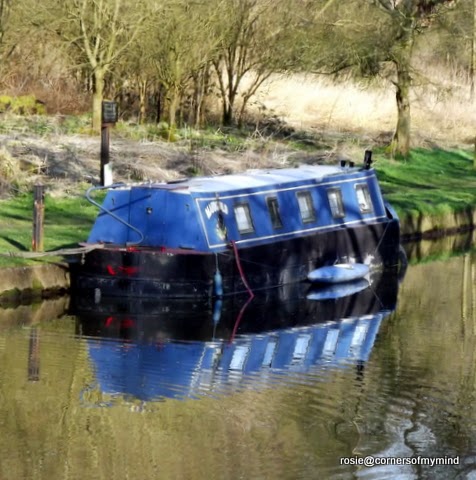 and of a moored canal boat 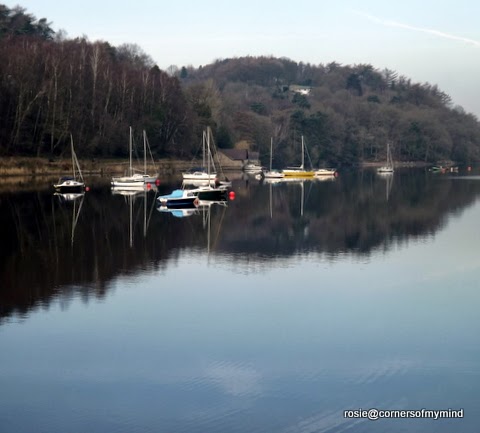 Reflections of boats on Rudyard Lake 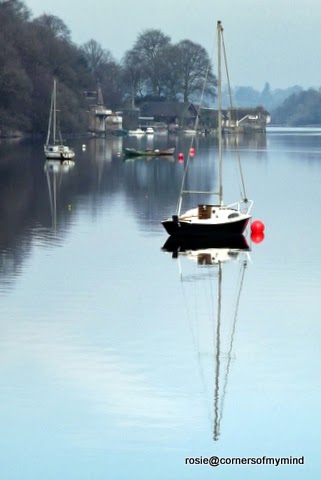 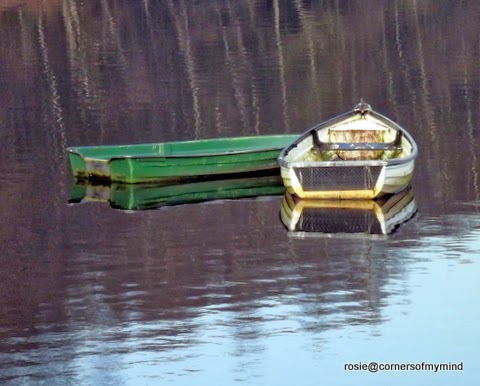 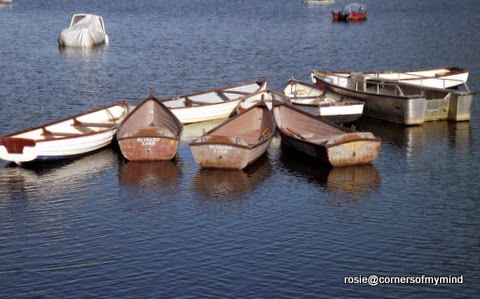 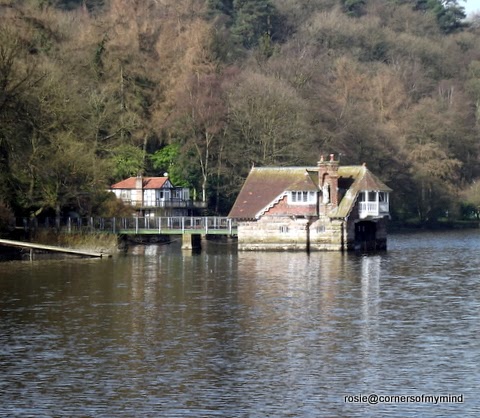 because of their love of this lake and this part of the world.  The couple met at Burslem here in the city when John Lockwood Kipling worked on the front of the Wedgwood Institute about which I wrote a post here.  Rudyard Kipling's mother was born Alice MacDonald and was one of four daughters of a Methodist Minister.  Her sister Georgiana married the artist Sir Edward Burne-Jones. 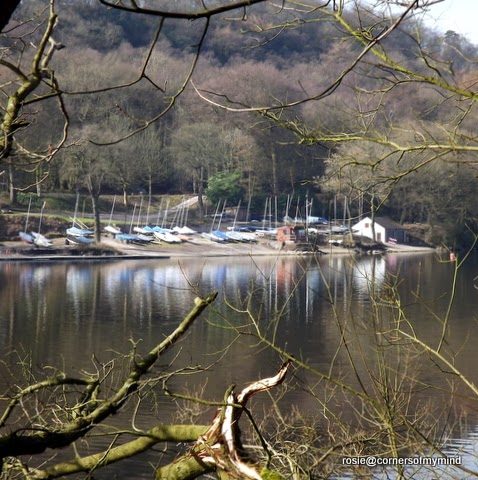 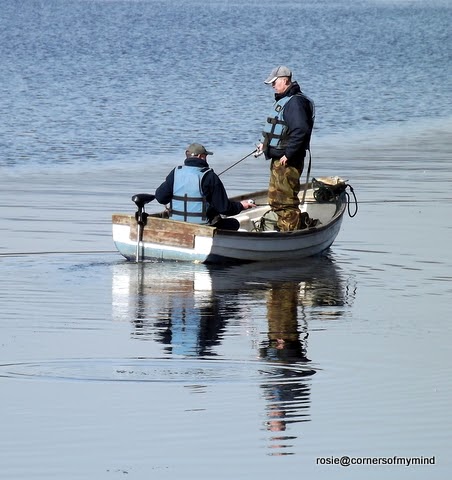 I can see why they and so many other people over the years have loved this place and often return again and again. 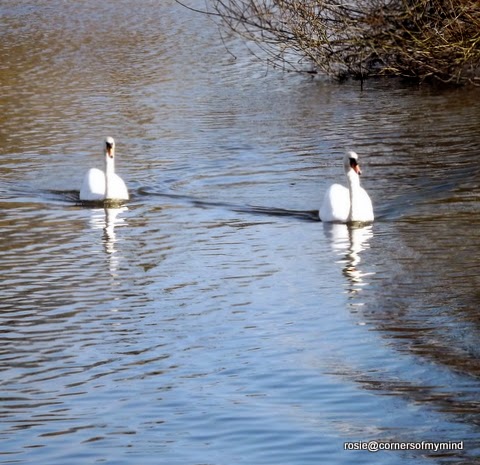 Swans on the River Trent 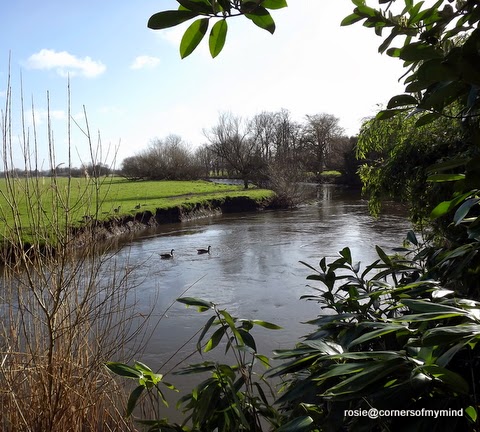 Which flows close by the Wolseley Centre 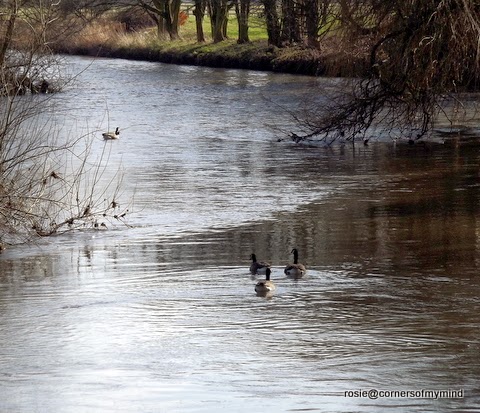 the headquarters of the Staffordshire Wildlife Trust. 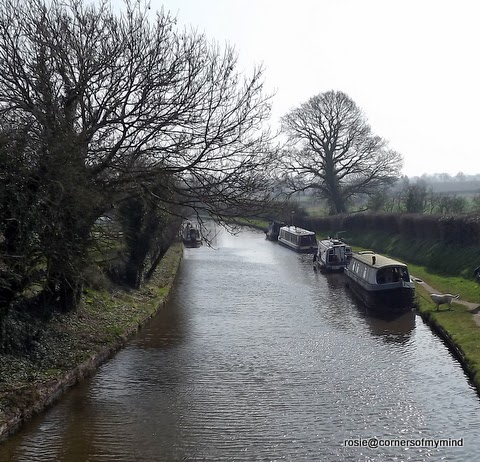 At one of their reserves, Loynton Moss, near Woodseaves, you can follow a path through woodland down to the towpath of the Shropshire Union Canal. 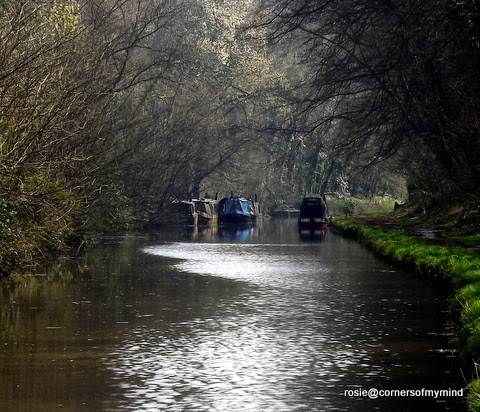 It was so quiet and peaceful down on the towpath.  There were buzzards mewling above our heads, thermalling high in the sky, yellow butterflies fluttering around the bright celandines on the bank side and we saw the iridescent blue of kingfishers darting in a straight line down the canal.
Spring seems to be finally with us at last!
Posted by Rosie at 8:50 pm