At a Shopping Centre Near You?

Follow the Herd is a National Tour of Elephant art works which is visiting many of the intu shopping centres around the country.  As the Potteries Shopping Centre is now owned by intu the tour is on display there until 6th April.  The tour of the Elephant Parade is designed to raise greater awareness of the plight of the Asian elephant. 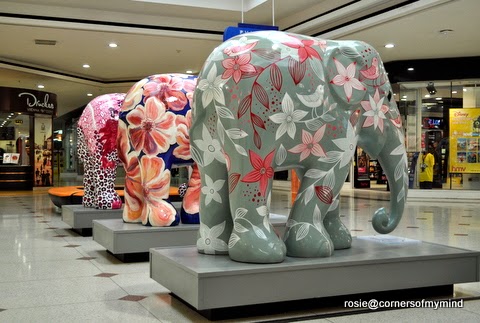 We managed to see all the Elephants which are spread over three floors.   Above from left to right -
Spirit by Alex Jones and Mercy Delta, Flower Impression by Pimpapa Dumdej and Love Story by Kesorn Mueanpang.  These were the first three we saw as we entered the centre on the top floor. 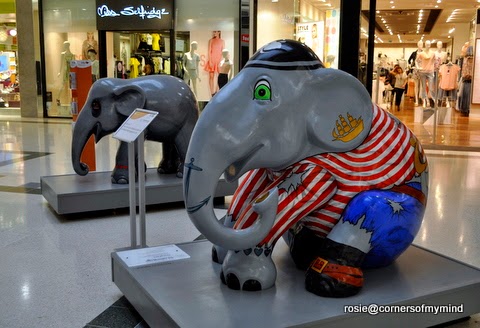 Above is Pira-phant by Keith Siddle and Yonis Abdulle.  Behind is Mosha by Diana Francis - apparently it was the story of Mosha that started the idea of the Elephant Parade. 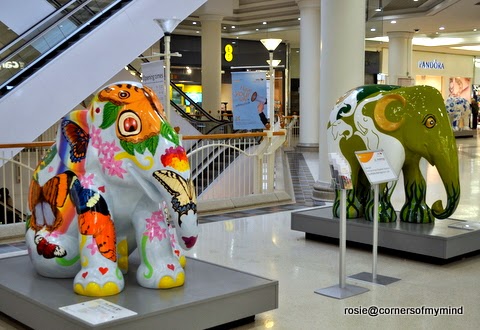 Above are The Butterfly Effect by Jane Veveris Callan and Elephants communicating by Ratchakrit Wichalyo. 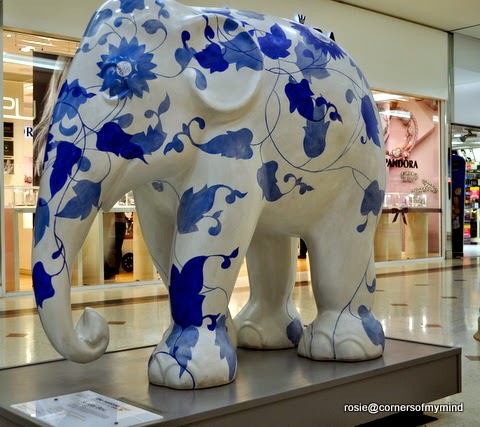 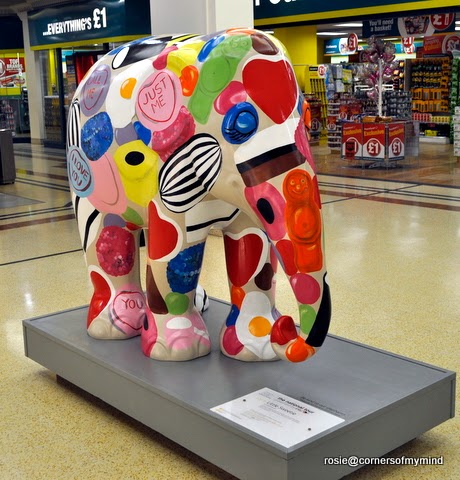 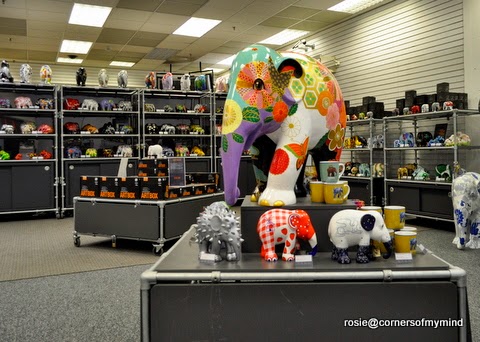 There is a pop up shop where you can see elephants, buy elephants and decorate elephants. 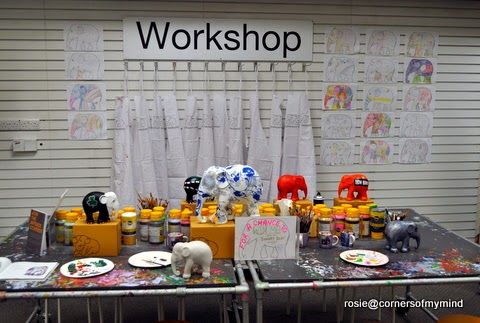 By the time we'd had a look around, picked up the trail and seen all the elephants on display we'd forgotten what we went in for - but that really didn't matter at all. 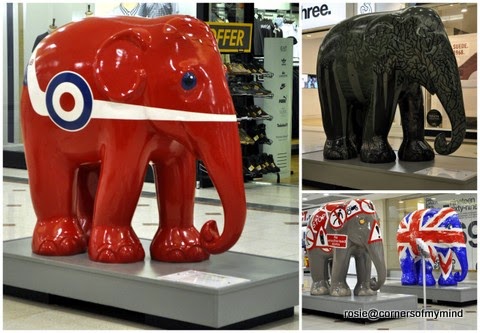 In the collage - Red Arrow by Richard Powell, Forest by Claudia Schiffer, Stop the Traffic by Christine Wilcox-Baker and Jack on Tour by Ratchakrit Wichalyo.  The next shopping centre to welcome the Elephant Parade is in Norwich.

Hope you all have a great weekend!
Posted by Rosie at 6:51 pm