In a Topiary Garden

We'd  visited Elvaston Castle Country Park on a couple of occasions in the last few years but this time we hadn't intended to visit at all. Somehow we got ourselves onto the wrong road when trying to find and photograph churches at Allestree and Spondon in Derby.  The photography as I think I've mentioned in earlier posts is for Paul's family history website.  We'd taken some photographs of Allestree church and the traffic at the Little Eaton roundabout was horrendous due to roadworks so after we'd taken the wrong turning for Spondon we didn't want to go back towards Kedleston Hall which is where we had intended stopping for a picnic and a walk.  When we saw the signs for Elvaston we revised our plans as we knew we could eventually get round  to Spondon via Ockbrook and Borrowash. 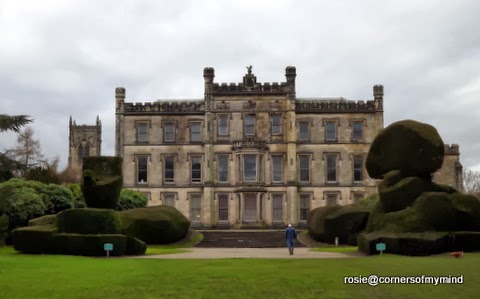 I'm really glad that we did revise our plans because even though we'd visited twice before we'd never ventured further than the walk up to the castle and the courtyard and shop.  This time we walked around the lake and around the churchyard as well as discovering the wonderful parterre and  topiary gardens. 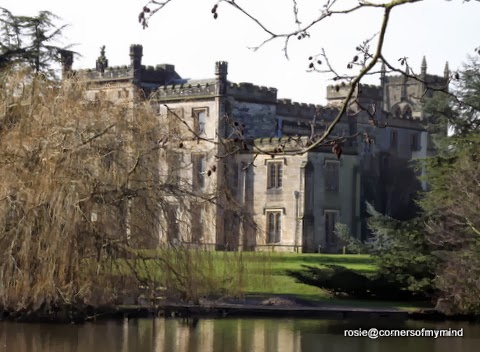 At the centre of Elvaston Castle Country Park is of course the Castle which was rebuilt in the early 19th century in the Gothic revival style for its then owner the third Earl of Harrington.  There is a cafe in one of the rooms in the castle which is now owned by Derbyshire County Council but the rest of the building is closed except for a couple of times a year when the Gothic Hall only is open.  The first of these happened just a few days before our visit but I'd love to go back again to find out more. 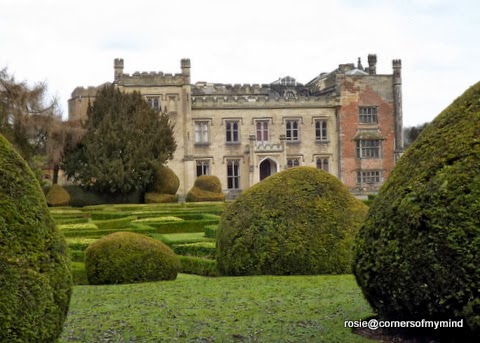 The third Earl's son Charles Stanhope, Viscount Petersham was a noted Regency Buck and Dandy who was a crony of the Prince Regent.  In his later years he met and fell in love with Maria Foote a successful actress who was also quite notorious for her involvement in a 'breach of promise' trial. 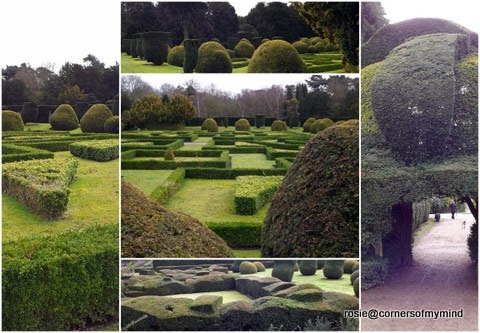 It is said that the 4th Earl of Harrington, as Viscount Petersham later became, created the gardens, which were designed by William Barron, as a love token for his beautiful actress wife who loved the glamour and theatricality of it all. 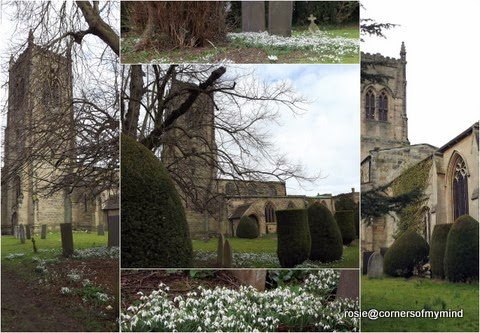 The church of St Bartholomew is sited close to the castle or mansion house.  The churchyard was a sea of snowdrops and there were some fascinating grave stones.  Unfortunately the church was closed so we couldn't look inside but it is the parish church for the villages of Elvaston, Thulston and Ambaston. 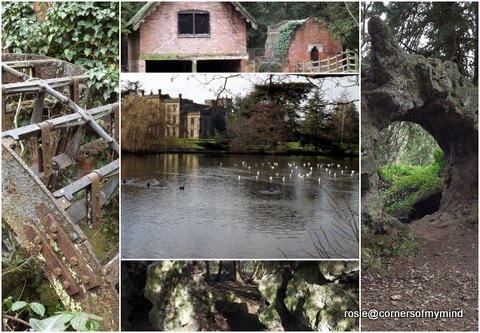 There is a nice walk around the lake which is surrounded on one side by 'mock' rock and cave follies made from Tufa which is a variety of limestone found mostly around nearby Matlock and Cromford.  There is still a lot more to go back and discover - the old English walled garden, heritage orchard, heronry, nature reserve and a longer walk down to the river Derwent. 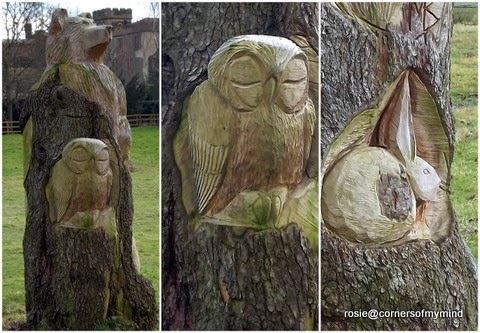 I've recently downloaded a fairly newly written book about the story of the making of the Topiary Garden at Elvaston which I hope to read quite soon. It's called  A Topiary Garden - The Actress, the Dandy and the Gardener. A Story of Elvaston Castle in the 1820s  and written by Lynda Aylett-Green.