Yesterday we were off photographing churches again for Paul's family history website.  It was a lovely day, especially after the wet weather of New Year's Day.  We started out at the furthest point and worked our way back. 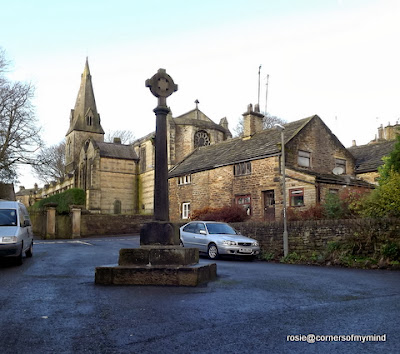 Our first stop was Glossop, a town in the High Peak area of Derbyshire, where we found the old parish church of All Saints in a part of the town called Old Glossop which is like a separate village with a distinct character of its own.   The area above is called Old Cross. 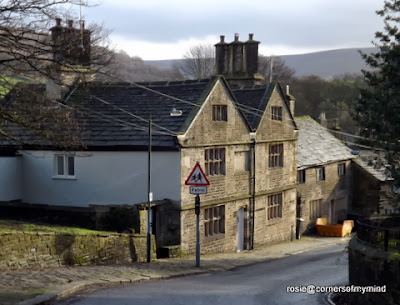 There are some wonderful old buildings around the church, small terraces and larger houses too 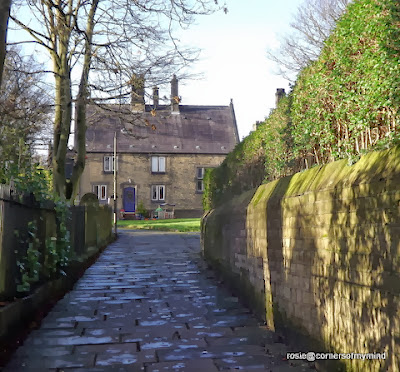 There were lots of winding, cobbled lanes 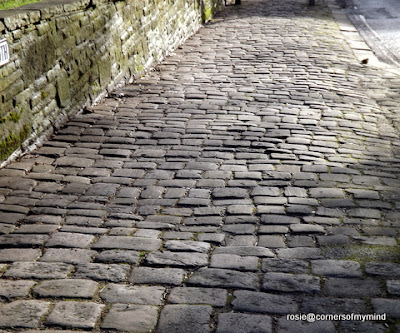 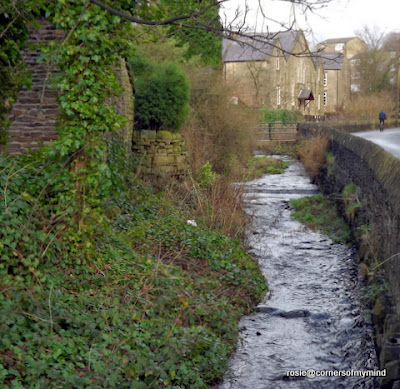 There was evidence of the old pre-industrial revolution crafts and trades in the buildings that remained, like the old mill buildings.  I would have liked to explore more and discover more of the history of this 'village' within a larger industrial town. 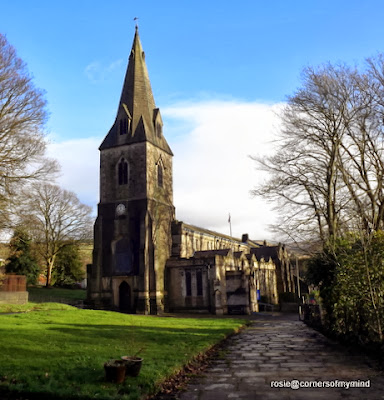 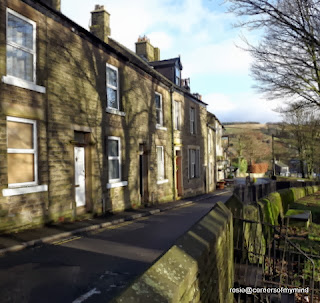 Our next stop for taking photos was the nearby village Hayfield, which we had visted a few years ago before we had digital cameras, so we wanted to return and take some new photos of the church.  Interestingly Hayfield was also used as a location for 'The Village' - more in a later post.
Posted by Rosie at 8:19 pm