My New Year's intention - not a resolution as such -  is to try to  'move more and eat less' both have proved quite difficult so far as I'm not a big eater anyway and unfortunately my knees aren't what they used to be.  It is hard to cut down on food - we still have Christmas cake in the tin - so I guess I'm just going to have to try and change the food I eat.  I'm rather pleased though that we've had three walks already this week and have been lucky with the weather too.  Monday saw us walking around Westport Lake and a little way along the canal.  This morning we walked around the lake at Trentham Gardens and yesterday we walked a little way along the Monsal Trail from Hassop Station to the former Great Longstone station and back. 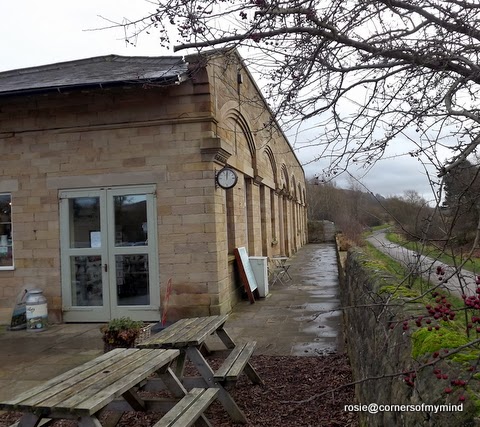 We had coffee at Hassop station before we set off on the walk as we'd first called in at Great Longstone to photograph the church for Paul's website.  The coffee was ours from a flask though which we drank in the car park. 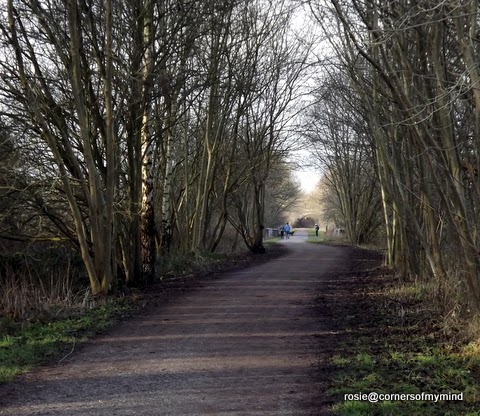 When we set out the trail was quiet, just a few dog walkers were out and about - most people seemed to be in the book shop and cafe as it was very busy and extremely noisy when we popped in.  I bought a lovely little book of sketches and watercolours of the Peak District whilst we were in there.  Anyway back to the walk....... 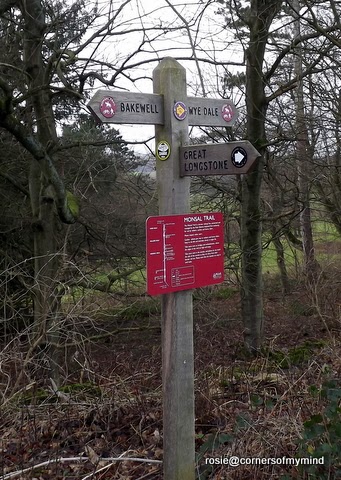 We followed the trail for a while.  The sun was out and quite bright and there were some lovely views across the countryside. 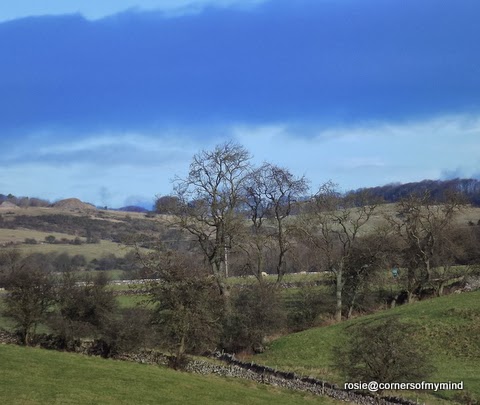 We got chatting to some people who had come over from Nottingham to walk a length of the trail.  By now the walk was quite busy with cyclist and horse riders as well as a large group of ramblers. 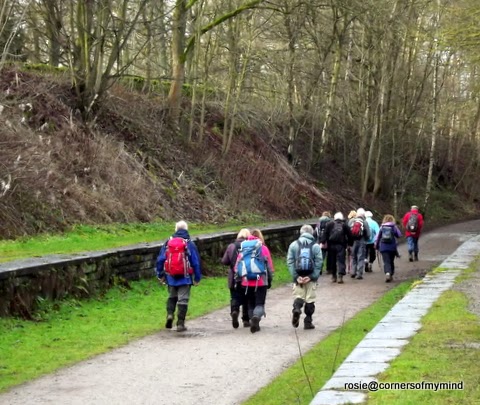 The story of these station platforms is that the Marples family, owners of Thornbridge Hall, built the second station with the more imposing building which looks like a gatehouse so that they wouldn't have to get off the train at the same station as their servants.  They (the servants) got off at the first station and then the train moved a few yards further on to the second station to let the family out.  There is a huge arch in the front of the larger station which I expect was for a carriage to take people getting off the train up to the hall.  No doubt the servants and estate workers had to walk to their homes. 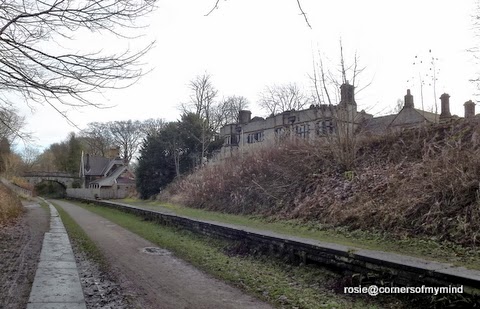 You can just about see the arch in the photo below.  I didn't take a closer photo of the smaller station as it has been converted into accommodation and someone is living there. 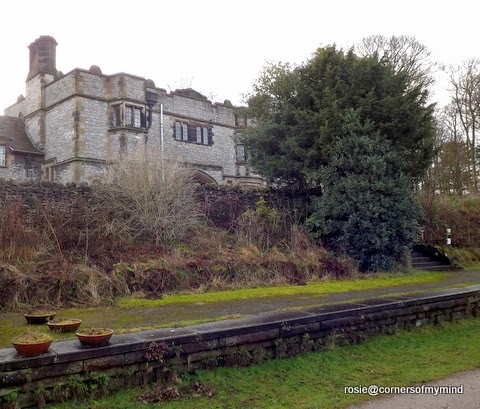 At this point we turned and walked back the way we had come. 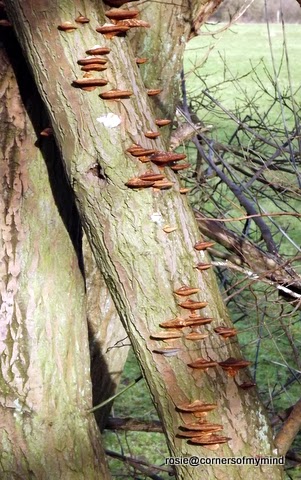 There were some interesting things to see and hear along the way.  There were many birds - we thought perhaps they were fieldfares - and I loved the fungus growing up this tree. 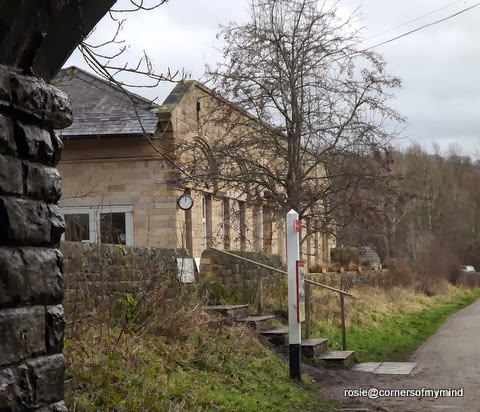 Hassop Station was built in 1862 for the then Duke of Devonshire and was one of two stations for the use of Chatsworth House, the other being at Rowsley.  Apparently there used to be a very sumptuous first class waiting room and an inn here.  Now, as part of the package of The Monsal Trail, it is a very popular cafe with a book shop and cycle hire as well.

I know I've taken you along the Monsal trail in past posts - mostly in 2009 when we walked the whole of the trail in manageable sections and again when we went through the newly opened tunnels - so I hope you don't mind me repeating myself just a little.
Posted by Rosie at 9:33 pm