Preparing for Winter in Llanbedrog

You may remember that in July I wrote a post about the village of Llanbedrog on the Llyn Peninsular.  A couple of weeks ago whilst on holiday there again (see my last post) we went back to the village do the walk we missed last time which was up to the cliff top in order to find the 'Tin Man' statue.  As we pulled into the car park we saw some of the beach huts that I'd photographed and included in my post back in July, in the corner of the car park.  As we walked towards the beach we saw that they were all being moved up to what I assume is their winter quarters. 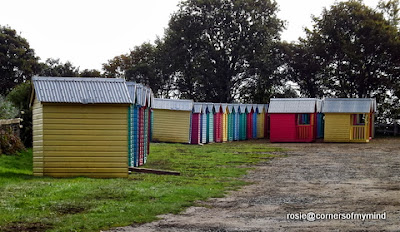 We left the car park just as another two huts were brought up from the beach on a tractor and trailer followed by a fork lift. 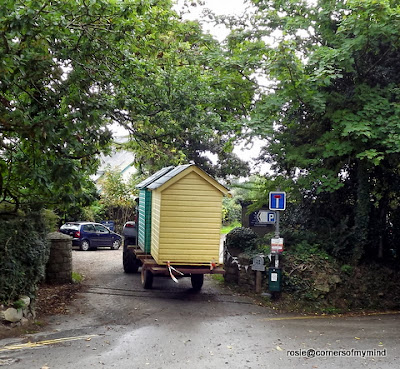 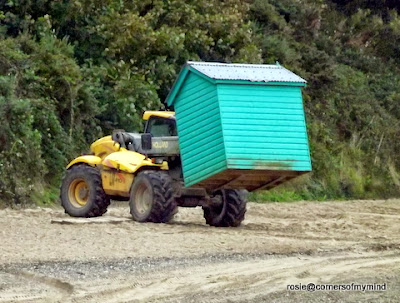 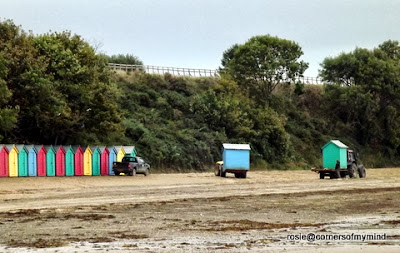 We heard the Curlew before we saw it - I've shown you a photo of it before a couple of posts ago - but it's worth seeing it again along side it an oyster catcher of which there were several along the sea's edge. 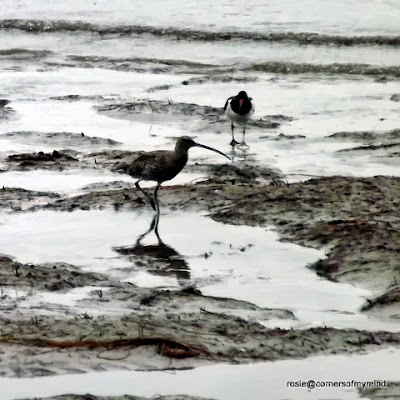 We then began our ascent of the cliff side, up the steep steps climbing right to the top with quite a few stops along the way to catch our breath. 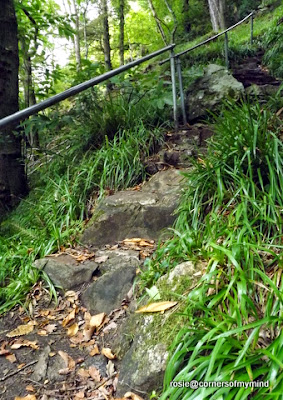 We passed one or two old tree stumps and branches that had coins of all sizes, denominations and nationality hammered into them.  There was nothing to say why they were there. 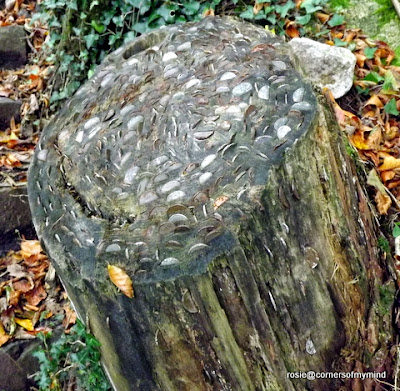 It appears that much like throwing coins into water or hanging things in wishing trees these are for memories or offerings of some kind probably as good luck symbols. 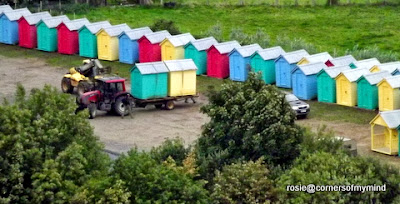 They were still moving those beach huts! 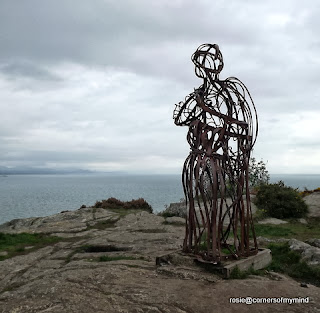 At last, we reached him - Tin Man! This is the third statue to be placed on this site and replaced the second one a stature known as Iron Man which had replaced the first, a wooden one, thought to be a ship's figure head.  Beyond him lies the coastal path on its way down the peninsula. 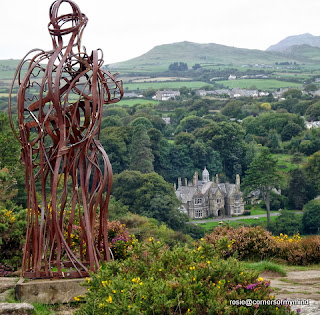 Behind Tin Man, looking in the opposite direction, you can see Plas Glyn y Weddw which I wrote about in the earlier post on Llanbedrog 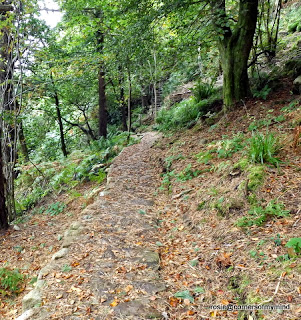 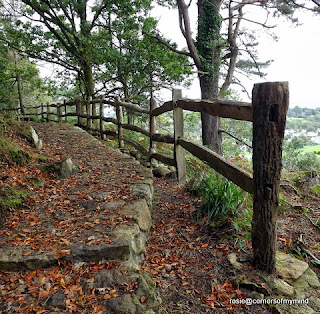 It was a quicker and easier walk down through falling, rustling leaves towards the art gallery which and we had a look around again as the exhibitions had changed since those we saw in July. 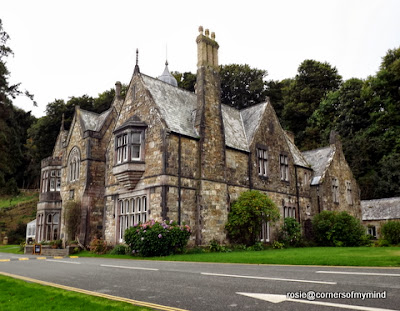 By the time we got back to the car park it was time for lunch.  We sat in the car to eat as a slight drizzle had begun and noticed one or two others in the car park were doing the same including the drivers of the tractors moving the beach huts.

This was day three of our holiday!  Day two we spent the day travelling on the Ffestiniog Railway - see Paul's post here.