It was bitterly cold as we climbed the steps to the top of the knoll overlooking the centre of  the little town of Duffield.  Here we found all that remains of the once mighty Duffield Castle. 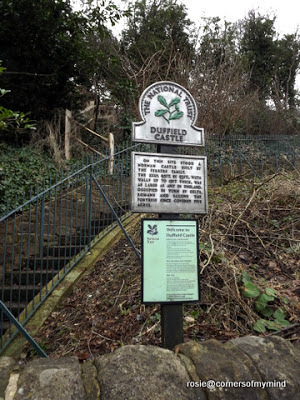 It is hard to imagine that on this spot, where all there is to be seen is the mixture of modern tarmac and some stones placed there by Victorian antiquarians after archaeological excavations in 1886, stood a castle keep so large that it was, in the 12th century, second only in size to the White Tower at the Tower of London.  The administrators of the site say now that it is possibly the third largest medieval keep in England. 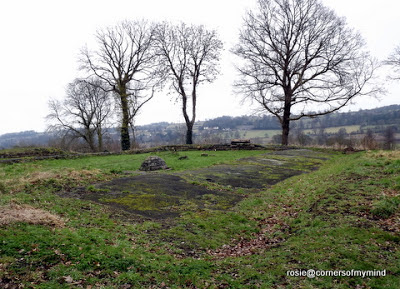 It was founded by Henry de Ferrers in the 12th century as a motte and bailey fortress and had a short and turbulent history.  It was used as a stronghold by the de Ferrers family when they staged rebellions against not one but two Kings, Henry II and Henry III.  It was destroyed in 1266 after a battle which took place close to Chesterfield.  The battle happened after the de Montfort rebellion of the previous year.  After Simon de Montfort, Earl of Leicester was killed at the battle of Evesham in 1265 some of the Barons who supported him re-grouped in Derbyshire but were finally defeated and the baronial wars of that era finally ended. 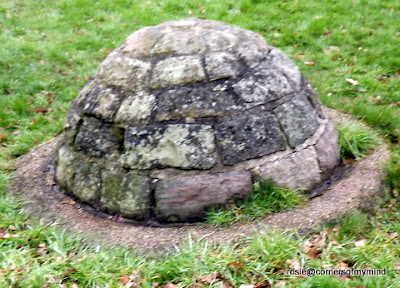 The first castle was destroyed in 1173  but a few years later William de Ferrers had a large stone keep built on the motte which was thirty metres square with walls five metres thick.  He also had a huge deep well placed inside the keep.  The little mound above is the safety cap over the well. 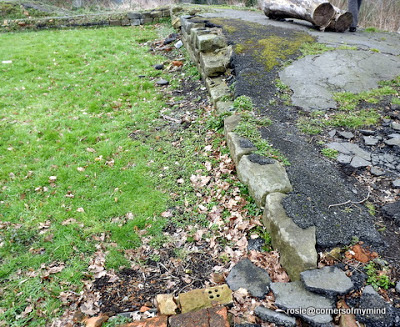 The bailey has been built over and what is left of the walls of the keep is under protective tarmac. 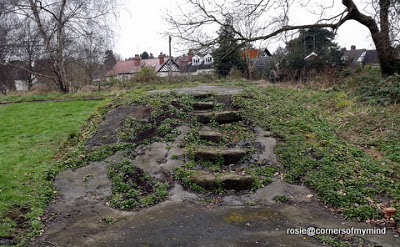 The site is now managed by the National Trust who are hoping to undertake new archaeological excavations to discover more about the site. 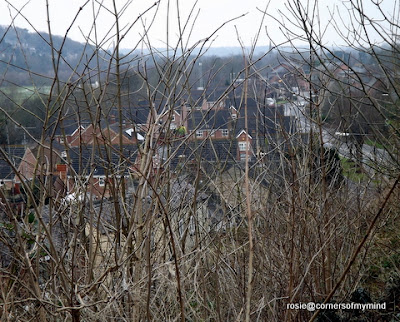 Apparently on previous excavations earlier remains have been found that take this area of the town back even further.  Finds from the excavations revealed a pre-Christian burial site and a Romano-British settlement.  I'm looking forward to finding out more.

The de Ferrers family owned much land and property across Derbyshire and into Staffordshire including Tutbury Castle which I wrote a post about - here.
Posted by Rosie at 9:54 am