A Walk at Loynton Moss

Loynton Moss is a nature reserve belonging to the Staffordshire Wildlife Trust.  It can be found just through the village of Woodseaves not far from the Shropshire Union Canal which actually runs along the edge of reserve.  We've walked along the canal towpath in this area a couple of times before as far as Norbury Junction but had never explored the nature reserve. 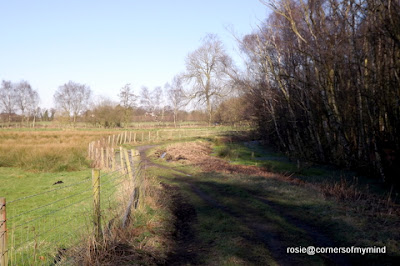 There is a small car park, well off the road with an information board and map.  We followed the path across a field and into the reserve taking the path which ran alongside the first of the two woodland areas. 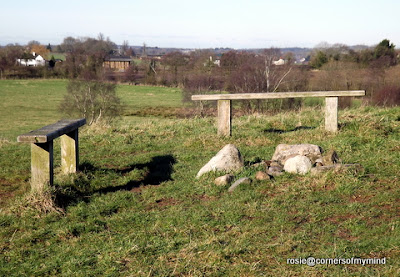 There was a stile to take you up the hill and then back down to the pond on the other side.  Apparently the trust are gradually returning land which was drained for agriculture back to its wetland state by raising the water levels and grazing the pasture at certain times to encourage habitats that they hope will eventually see the return of wading birds like the snipe and the curlew. 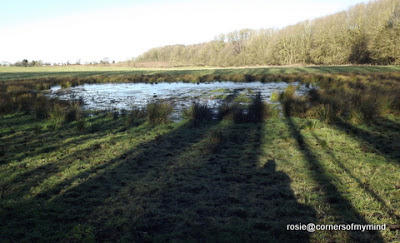 From the pasture we entered the first of the two woodland areas and made our way round one of the paths. 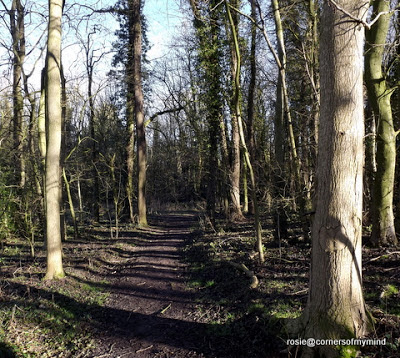 From here we could see the canal towpath and you could actually get down to it but it was extremely muddy so we didn't venture further. 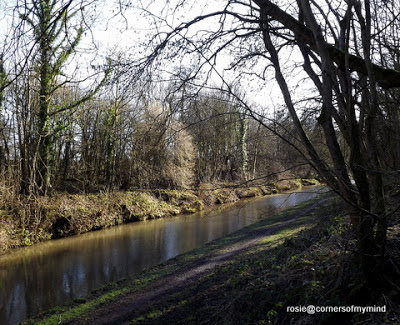 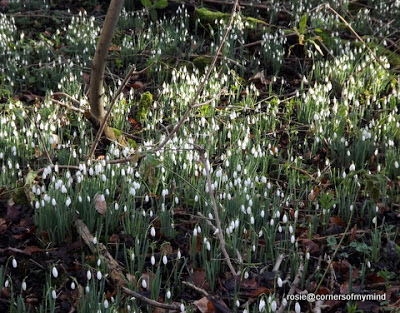 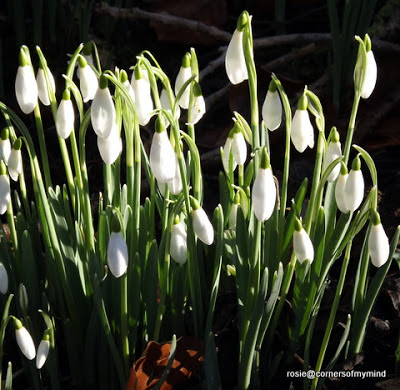 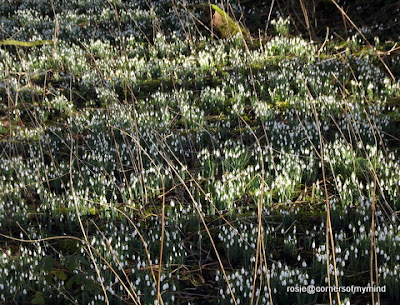 We spent ages just looking and taking photos before returning to the rest of the reserve.  It had been cold up on the hill and down by the pond but it felt much warmer under the trees. 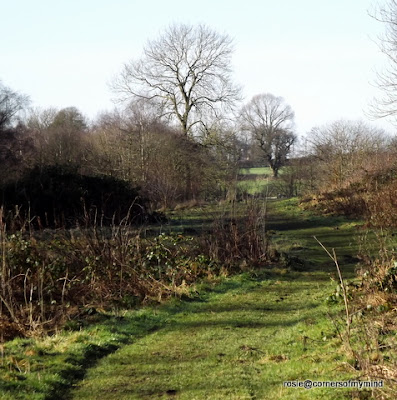 We traced our steps back to the first wood we had passed.  This was very wet in places underfoot and you could get a feel for what the area must have looked like many years ago. 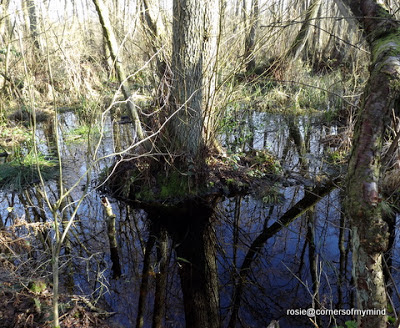 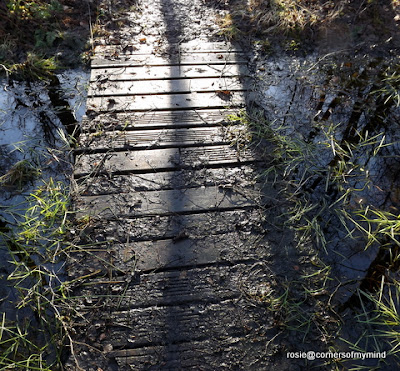 We've decided that we want to return to walk here again later in the year and perhaps walk along some of the canal towpath too. 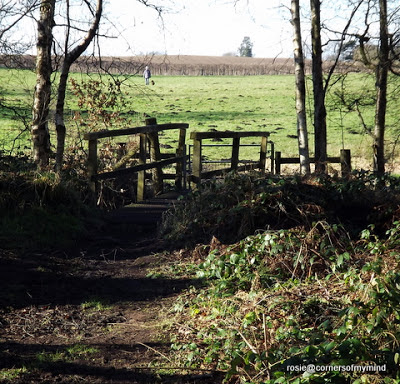 It was just so good to be out walking in the sunshine.  On our way back we stopped at the little town of Stone where there was a Farmer's Market with loads of stalls full of wonderful produce and a few street musicians entertaining the crowds of people who were out enjoying the day.
Posted by Rosie at 4:48 pm