It's hard to avoid talking about or photographing all the snow that's been around here lately and it has become part of daily life over the last week, they say there's more to come tomorrow.  With this in mind we got the car out of the garage for the first time in a week and went shopping.  It is good to know that the car is full of petrol and larder is full of food (for us, the cats and the birds) ready for another snowbound weekend.  We've had one or two walks out in the snow over the last few days, just to the local park and local town and back,  but we decided we'd like to walk again today so found ourselves wandering around the lakeside at Trentham gardens. 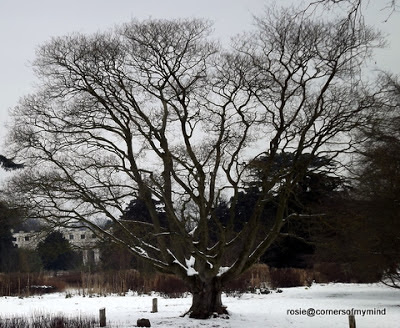 It was a little slippy underfoot in some places on the footpaths so we drifted to the grass verges and followed the deer tracks at the side of the lake. 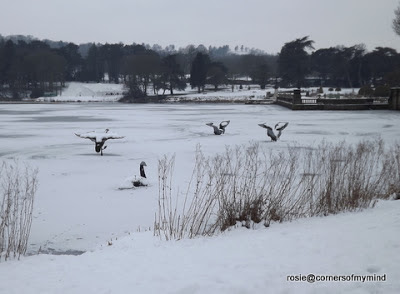 The lake was mostly frozen over just a few places against the edges where the water birds were congregating. 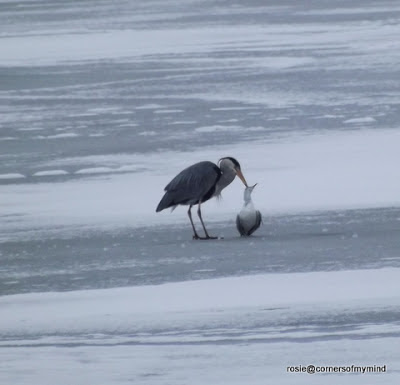 The heron above looked as if it had caught a gull probably because it couldn't catch fish but it wasn't sure what to do with it. 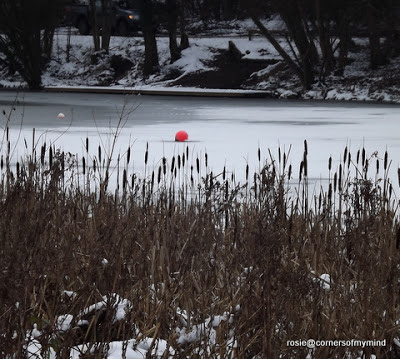 It was bitterly cold and my fingers were tingling as I had to keep taking my gloves off to feel the camera's button.  I must get some of those fingerless gloves! 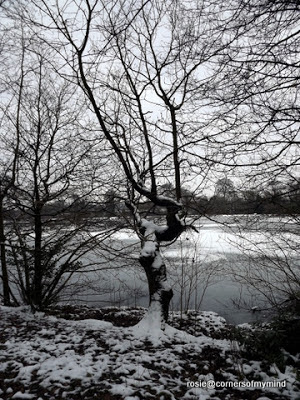 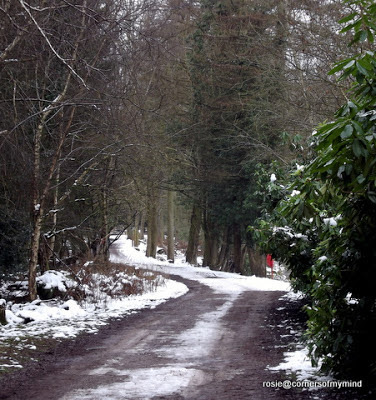 It was also slightly misty under the trees. 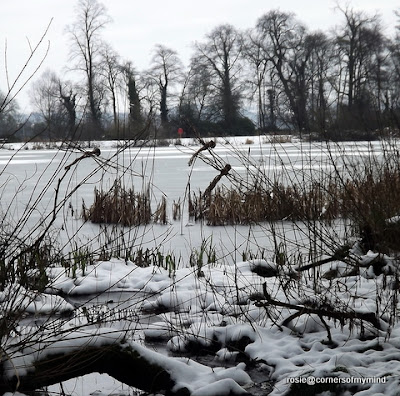 The dragonflies were still in place 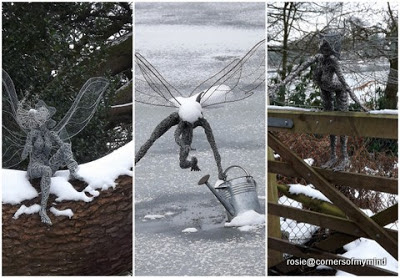 As were the fairies. 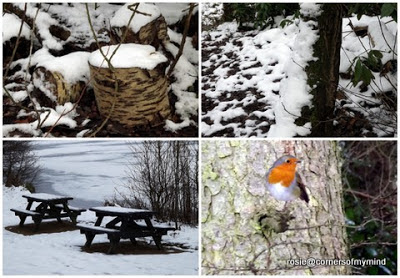 It was lovely to walk in such a beautiful winter wonderland but now I'm glad to be in the warmth of home again.

Edit - Friday 25th Jan - I've just heard that the Lakeside Walk at Trentham is closed today because the paths are too slippy so we were lucky to get around there yesterday.
Posted by Rosie at 3:45 pm