I found out about this idea on Louise's blog and decided it was just the sort of thing I would like to join in with.  Louise also found the blog where this idea originated so I have made a link to this too.  I have a few photos I took last week so I'll post those today and then another four at the weekend so I'm in tune with the weeks of the year.


All you have to do is each week take four photos of four things from that week that have made you happy, just the simplest things that have made you smile, and then post them.  I always find new year a bit gloomy so this will be just the thing to lift the spirits.


Here are my four things 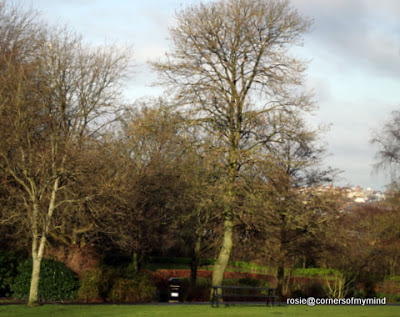 A walk in our local park on New Year's Day!  The thing that made me really happy though was the fact that for once it wasn't raining and there was even a little sunshine! 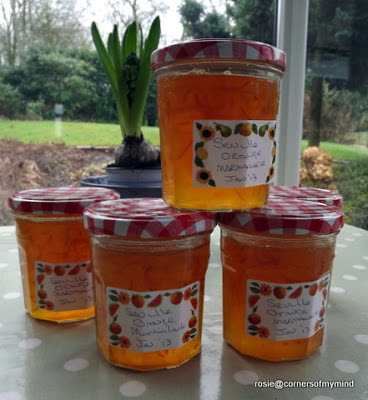 Making marmalade!  Normally we wait for the Seville oranges to come into the shops later this month but a couple of months ago in Lakeland we saw a tin of Seville oranges ready prepared for turning into marmalade.  As we were halfway down our last jar from last year I decided to give it a try.  I just had to add water and sugar and about 40 minutes later I was potting it up.  It actually did what it said on the tin.  I may try it again when we need some more. 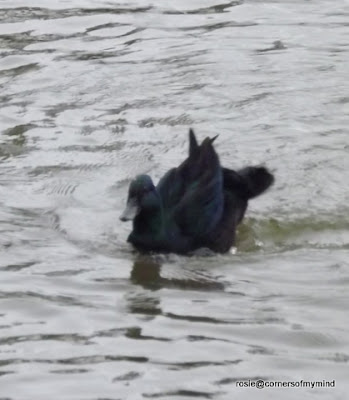 Spotting the cayuga duck on the lake at Trentham Gardens!  We look for it every time we walk round the lake.  A couple of years ago someone let about 15 young cayuga ducks loose on the lake and they were there for a few weeks but gradually over the first year all but two disappeared.  Halfway through last year only one was left and I'm pleased to say, it's still there. 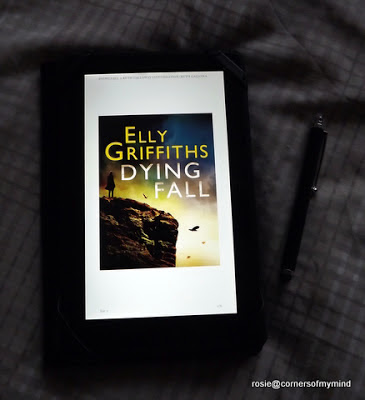 Having the latest Elly Griffiths novel on my kindle!  I never thought I'd be saying those words as I was adamant I wasn't ever going to have a kindle or any other e-reader but I'm quite enjoying it.  I've only had it a few weeks and already I've read a gripping novel by a local author whose books are only available for e-readers and have enjoyed reading it.  I've also downloaded a collection of 11 novels by Elizabeth von Arnim for the mighty sum of £1.96  plus The Secret Garden by Frances Hodgson Burnett for free.   I have two library books to read, I'm still going to support the local library just the same as always, then I will read Dying Fall.
Posted by Rosie at 3:32 pm