On the first day of August I thought I would have a walk around the garden, camera in hand to see what I could find. 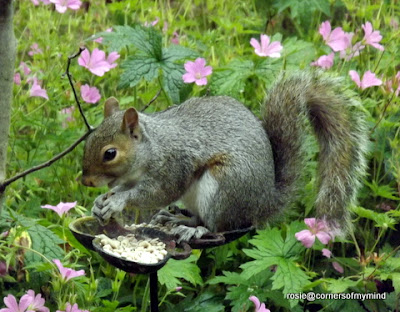 There is always a squirrel about pinching the bird food.  There are bees about too,  but I've hardly seen any butterflies this year.  I seem to remember saying that this time last year so that is quite worrying. 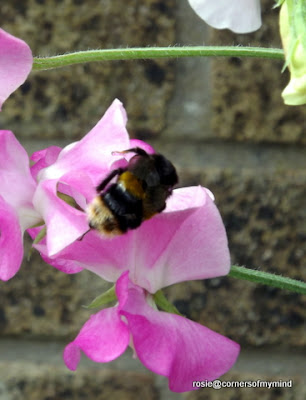 I was glad to see the sweetpeas flowering at last of all the seeds we potted up only six little plants survived and those were planted around a support which we had to tie to the outside tap so the fragile plants that came out wouldn't blow over in the wind.  I'd given up hope of them flowering but in last week's sunshine out they came.  They were supposed to be a mixed variety but only the pink ones grown have flowered 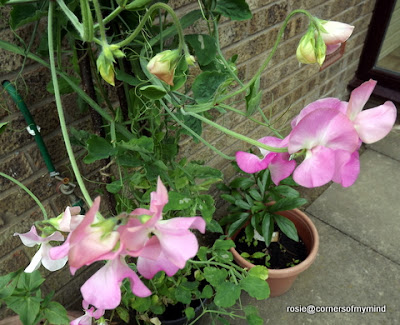 At the moment  the garden is in  what I call its 'pink' season as most of the flowers and plants are variations of that colour. 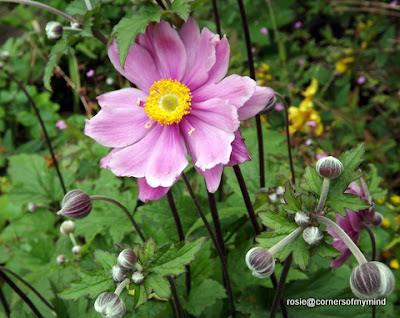 I don't know what variety this rose is, it was in the garden when we came here  fifteen years ago.
. 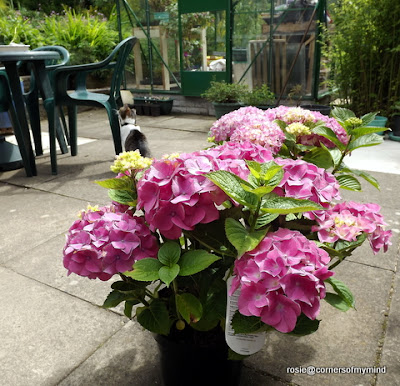 New hydrangeas for the front garden 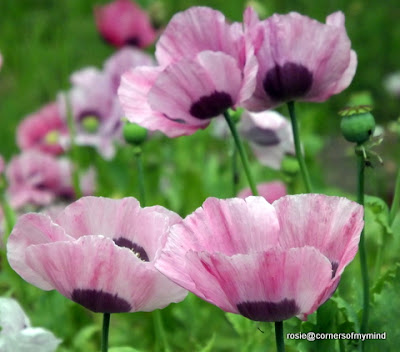 Poppies - self-seeded!  Poppy is an apt name as they pop up anywhere and everywhere in the garden. 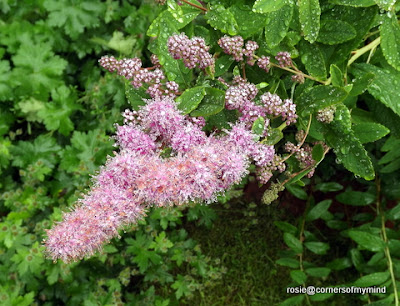 Spiraea Billiardii - the pink fluffy plant.  We put this shrub in the garden about 10 years ago and it has grown and overtaken a large area of garden.  It is going to get a serious pruning this year. 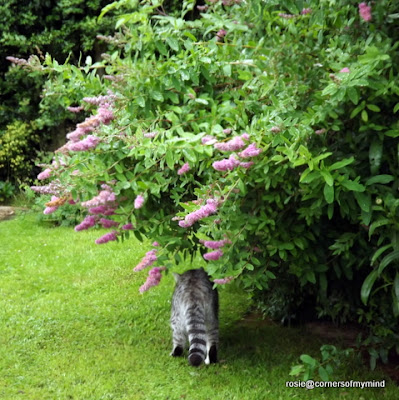 The news of the arrival of - Legionnaires Disease - in our area of the city has been quite worrying this last couple of weeks.  We waited quite a while to see if the source of the infection could be found.  It was reported just a couple of days ago that it was probably from a hot tub at the Fenton branch of  JTF Warehouse.   The report also said that the tub was closed down and taken out of the store on Tuesday 24th July which was the very day we went in there to buy some gardening gloves!  We hadn't been in there since before Christmas but decided on a whim to just pop in to have a look.  What I would like to know is at what time on the 24th of July was the tub switched off ?  Was it before or after noon which was about the time we went in there?  I would also like to know how long the bacteria stays in the atmosphere after the source has been disinfected/removed?  I must admit that I didn't see a hot tub as we went straight to the gardening section, then the pet section and then to the checkout so it probably had already been taken away.  The lady in the report I've linked to actually sat near it and it sounds as if she was very ill indeed.  I do hope all those affected by this dreadful disease get well soon.
Posted by Rosie at 4:45 pm