We've had some beautiful weather over the last few days but after all the unseasonal weather of the previous few weeks it has been hard to adjust to the sudden intensity of the heat.  On Friday we decided to take one of our usual walks at Consall Country Park.  It was lovely and cool under the trees with the dappled sunlight filtering through and the stream splashing and gurgling in the valley bottom. 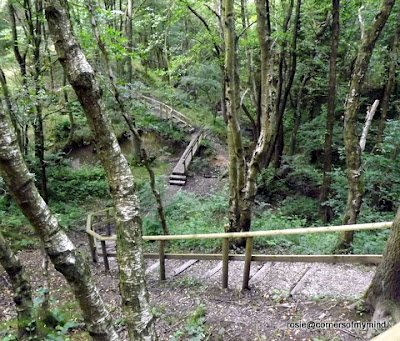 We decided to walk the long route up towards the top of the ridge and back down towards the river and the canal on the opposite side of the park.The only people we passed on the walk were some very purposeful looking folk with wooden staves or sticks  I think they may have been 'balsam bashers'. 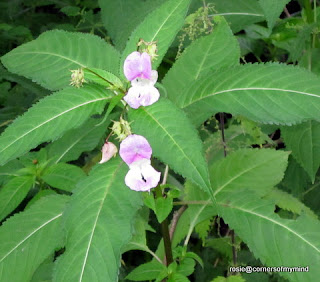 There is still a lot of  Himalayan Balsam  growing along the canal side especially between the water and the rails of the Churnet Valley Railway.  Although very pretty, this plant, like Japanese Knotweed, can be quite insidious and a threat to our native plants.  Hence the groups of  volunteer 'balsam bashers' who go out and break the plant down before it can seed and spread. 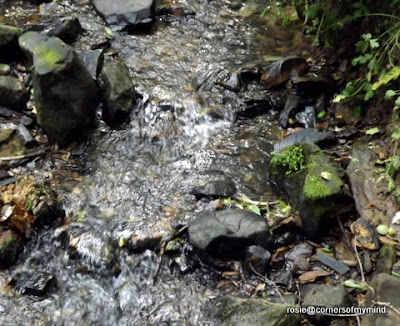 I know I've taken you on this route quite often so I tried to focus on different things this time and became quite fascinated with the wild flowers that were to be seen on the way round. 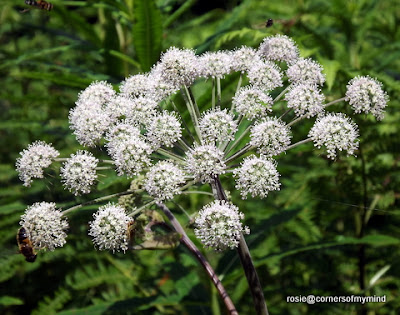 I think this is the Common Hogweed a member of the same family as Cow Parsley, Wild Carrot, Wild Angelica, Sweet Cecily and Hemlock.  Please do correct me if I am wrong, I'm not an expert on wild flowers but willing to learn.  There was such a lot of the Hogweed around. Not quite as much as the Himalayan Balsam though and of course it is, unlike the Balsam, a native plant, although the Giant Hogweed which is non-native, can be quite toxic. 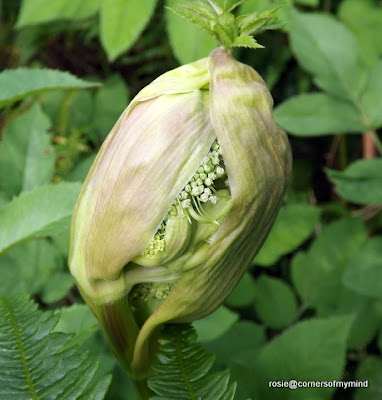 Here is one with a flower just emerging into the light of the day. 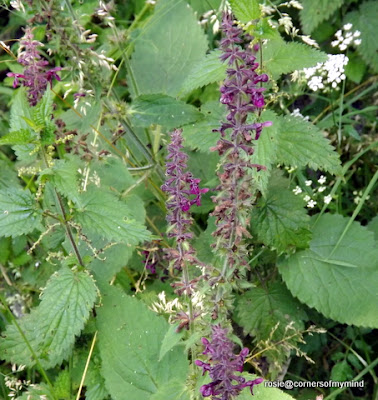 Does anyone know what the plant above is?  It looks like a nettle with purple flowers but I don't think it is a nettle.  Is is Wild Clary or Hedge Woundwort? I think the latter but I'd love to know for definite. 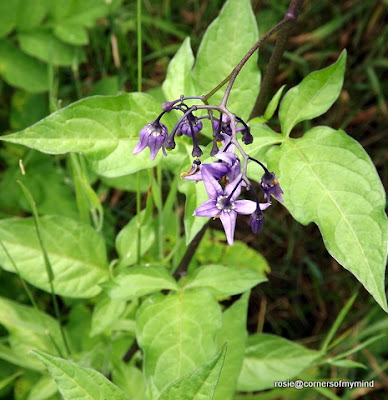 I think the plant above is Bittersweet or Woody Nightshade.a member of the deadly nightshade family. 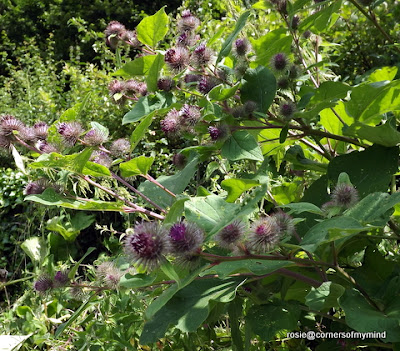 This one is Burdock used with dandelions to make a drink that reminds me of my childhood.  I wrote a post about this exactly four years ago,  here is the -  link. 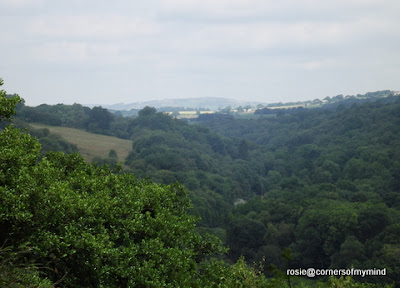 The view from the top  of the ridge.  It was time to walk down the other side towards the canal. 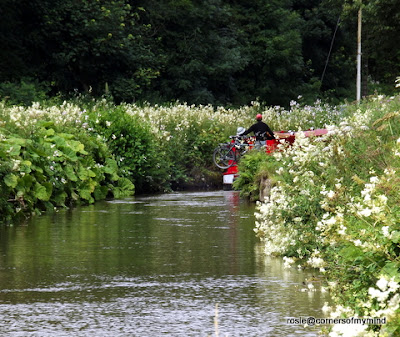 This narrow boat was just pulling away from the mooring near the Consall Forge Pottery.  I wonder if they made a purchase? 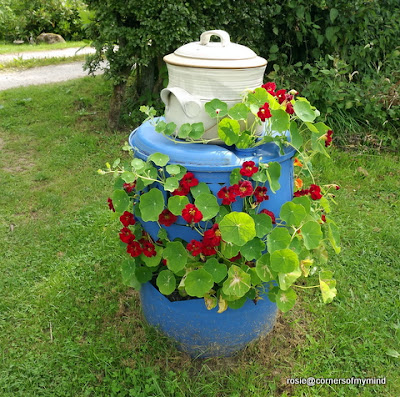 There were some interesting pieces to chose from! 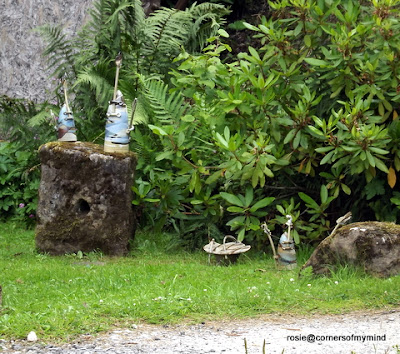 On the way back we had a walk around the pond and saw lots of Damselflies.  I didn't think I would be able to take a photo  but this one stayed still long enough for me to try. 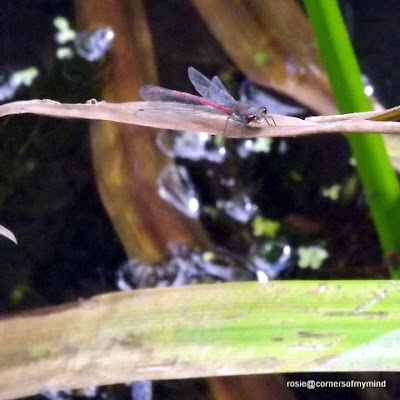 Not the greatest photo but I loved the little glittering water droplets as well as the damselfly.
Posted by Rosie at 3:11 pm