Of course, I mean the rain, it came down in bucket loads yesterday afternoon.  Swirling around outside as we, and the cats, sat watching inside. 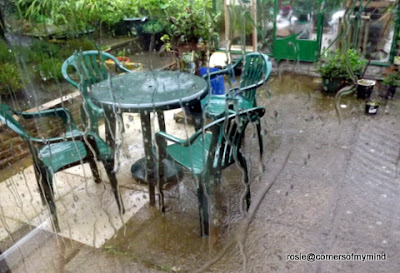 We knew it was coming so I rushed out and gathered as many roses as I could off the bush.  I couldn't bear to think of all the lovely scented blooms being dashed by the wind and rain. 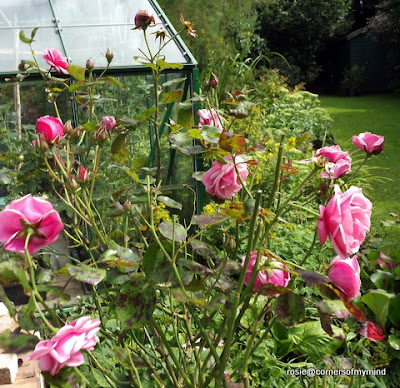 I now have them in jugs around the house.  I know they won't last much more in here but we will enjoy them for a while longer than we might otherwise have done. 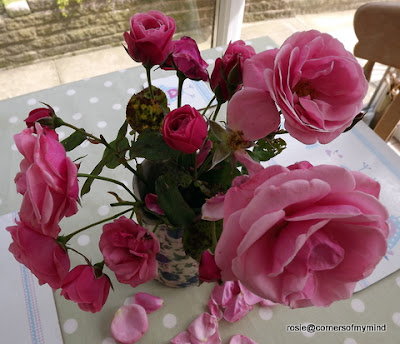 Meanwhile there is activity at last in the greenhouse!  We have waited so long this year to see a ripe tomato.  The sunshine and warmer weather over the last few days have done the trick and we have a few tomatoes off the vines and ripening on the kitchen window sill. There are many more tomatoes in the greenhouse getting a little less green every day. 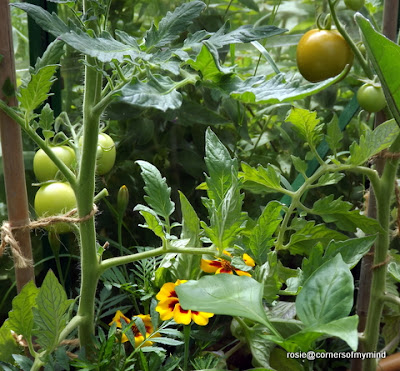 Alongside them are aubergines 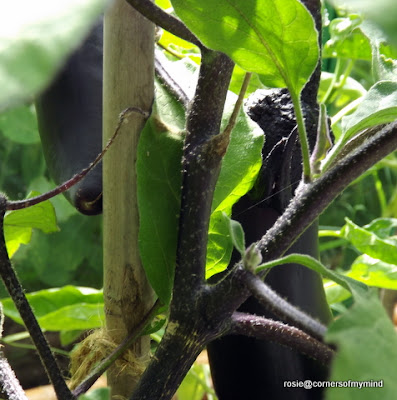 with their pretty mauve flowers 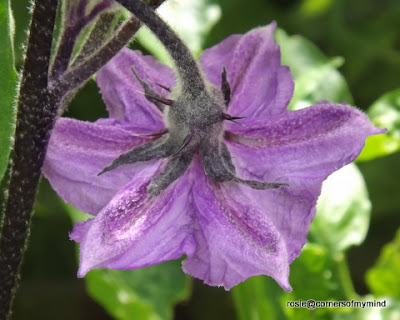 and courgettes with their edible yellow ones. 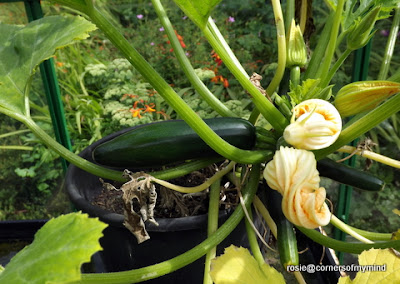 Tomatoes, courgettes and aubergines all that is needed now is a red pepper and an onion and we can make ratatouille.  This dish always reminds me of France and french holidays where we would visit the local market early in the morning to buy produce for the day's meals.  The other day I bought a punnet of french apricots because nothing reminds me more of France than the warm blush of the skin of the apricots, as I look at them I can feel the heat of the sun on my back, evoke the smells and sounds of the busy market and feel the cool of the narrow back streets of the town under the eaves of the ancient buildings. 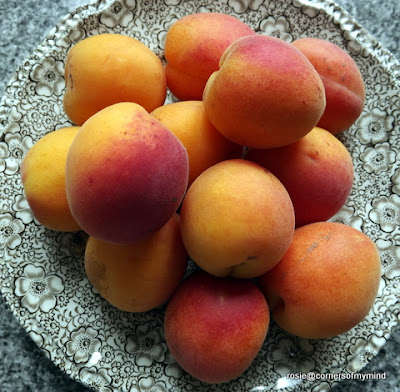 The rest of the day would be spent back at the house we were staying in, shutters closed until early evening when we would go for a walk and then eat outside under the fruit trees with little bats flitting overhead, trying not to tread on the huge slip-slithery snails that gathered around the front door  each evening as we carried trays of food outside.  Sitting, food and wine consumed, blissfully watching as darkness fell over the maize fields and the heat of the day gradually disappeared. I'm off to Wales next week so I won't be around for a while!
Have a great weekend everyone!
Posted by Rosie at 12:41 pm