Yesterday my sister, niece and her children came to visit and we took them on a much anticipated visit to the Monkey Forest at Trentham. 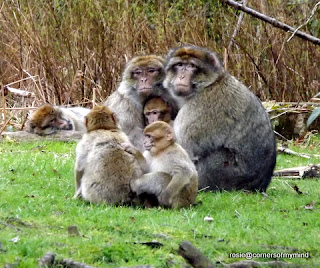 The monkeys are all Barbary Macaques allowed to roam freely in a natural woodland environment on a 60 acre site next to Trentham Gardens and Lake. The children were so excited that at long last they were visiting the monkey forest. I'd promised them a visit last year but each time one was planned something happened to prevent it. 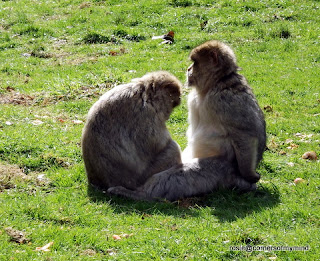 There are two families of macaques one from France and one from Germany where the company that run the venture have other monkey establishments.  There is an alpha male and alpha female in each family.  One of the guides told us that there are about 70 in each family and that the monkeys live to about the age of twenty three but that they had a very old female who was about twenty eight years old. 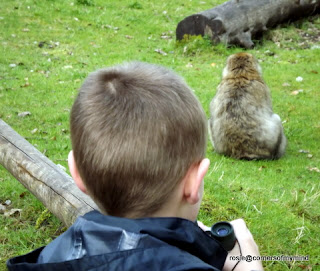 One of the little ones enjoying being so close to the monkeys.  There are, of course, several rules to abide by whilst visiting,  things like keeping fairly quiet, not running about and keeping a distance of 1.5 metres between you and the monkeys.  This can be difficult as sometimes they cross the paths right in front of you. 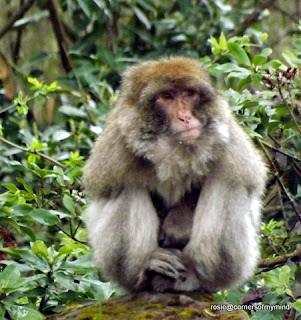 I think this was one of the alpha males in the German group and he is about eighteen years old.  I was so busy taking photos of the monkeys that I forgot to take any distance shots across the parkland to show how much space they have to live in.  There is also a stream that runs through the complex and the rippling and tinkling of the water coupled with the bird song added to the tranquillity of the place. 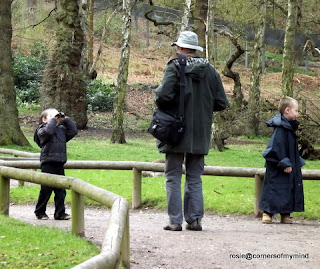 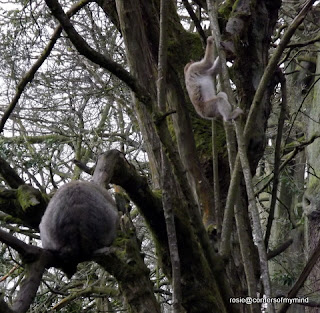 We spent ages wandering around before we left the monkeys behind and made the obligatory visit to the gift shop.  It was time to go home!
Posted by Rosie at 2:37 pm