After Wednesday's grim weather it was great to get out into the fresh air yesterday for a long walk. 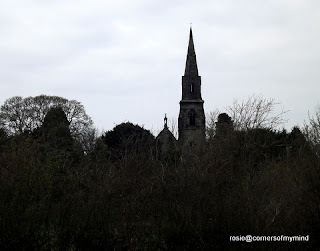 We parked at the new Aston Marina which is close to the village of Aston-by-Stone.   After a coffee  at the Bistro we donned boots and warm jackets and set off down the canal  towards the village of Burston. 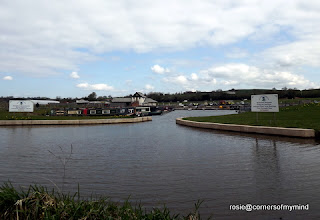 Walking down the towpath on the opposite side you pass the entrance and exit to the marina, in between the two were a pair of swans nesting. 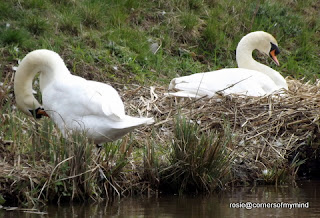 This is a lovely stretch of the Trent and Mersey Canal.  As we walked we saw lapwings overhead and black caps in the bushes. 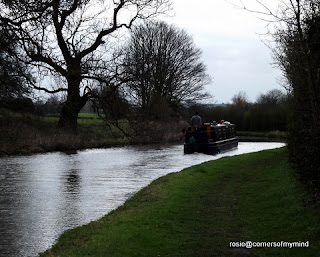 There were quite a few narrow boats on the canal, both experienced regulars and holiday makers out on the waterways for the Easter break. 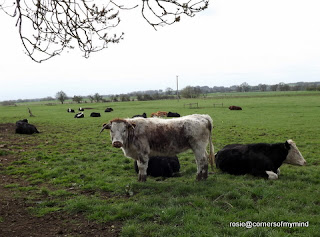 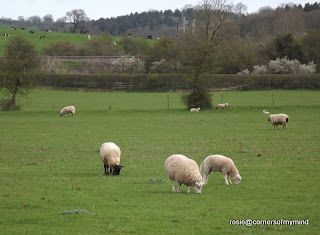 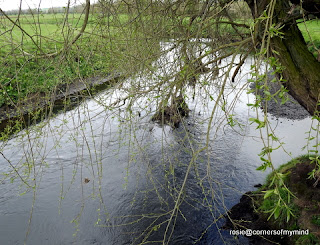 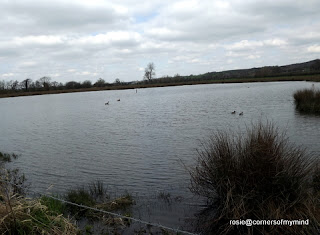 Following the trail back to Aston leads through open fields where skylarks rose in the air and hovered over our heads. 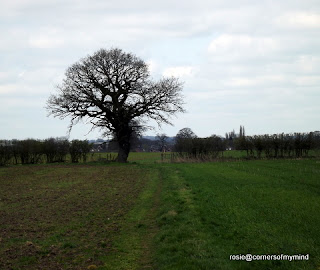 We walked down sheltered country lanes where, what I think is hawthorn blossom (it could, of course, be damson or blackthorn), was out.  I expect we all remember from our childhood the saying 'Ne'er cast a clout til may be out' and for ages we all thought that meant not to take coats or cardigans off until the month of May. Now we know it probably refers to the may or hawthorn blossom.  I can tell you I wasn't casting any clouts yesterday as it was still very cold, unlike the week before! 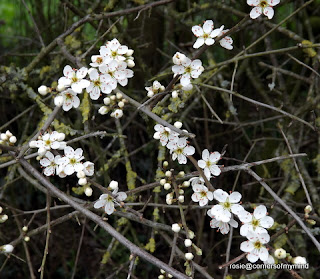 There were some lovely houses to be seen on our way into the village, below is Aston Hall 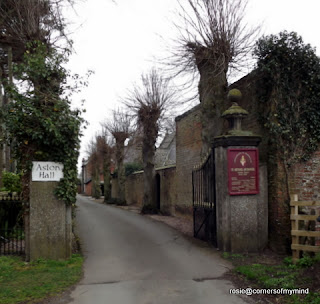 and  St Saviour's  church which you can see across the canal when you first set out on the walk - hence my first photo. 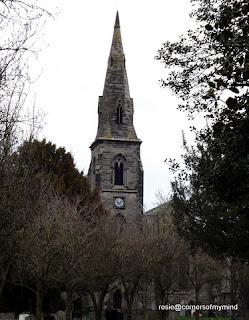 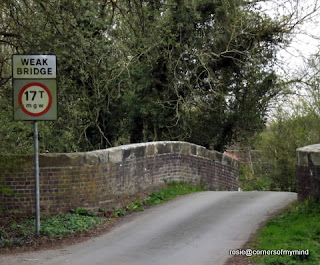 Back at the marina we wandered around the farm shop to see what goodies they had before setting off for home again.  At the Marina you can hire four-seater electric powered boats for up to two hours so you can explore the canal between Aston and Sandon Lock.  Now there's an idea for a special occasion.
Posted by Rosie at 10:05 am