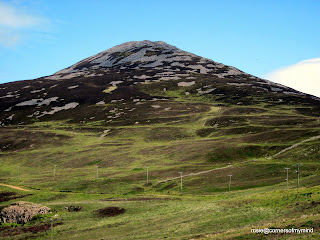 We ate our picnic on a grassy area at the side of the small car park over looking the mountain of Yr Eifl.  A man asked us if we were 'going up' as the views from the top were stunning.  We'd noticed one or two people following the path up the side of the mountain but we weren't really properly shod to risk the climb but I'd love to go back again and walk to the top to see the three summits, known in english as The Rivals, and the iron age hill for at the top of the summit Tre'r Ceiri. 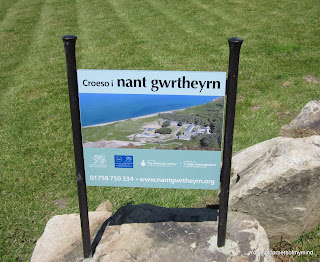 Instead we took the road down to the bay and the old Victorian Quarry village of Nant Gwrtheyrn known also as Vortigern's Creek.  There were just a few farmhouses on the hillside until the quarry opened in 1861.  The village of Porthy y Nant grew up nearby. 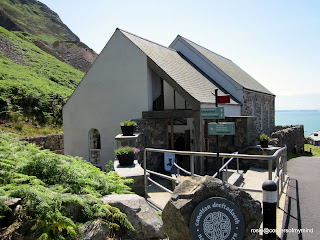 It is now a centre for Welsh language and creative writing courses and is also used  for events like weddings and conferences. 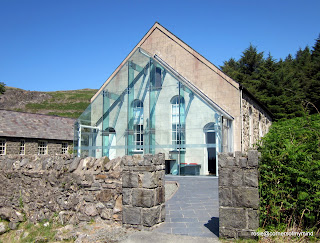 The old chapel is now a Heritage Centre overlooking the sea. 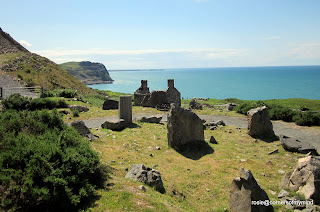 The former cottages of the village are now used as accommodation by groups of people attending courses and conferences. 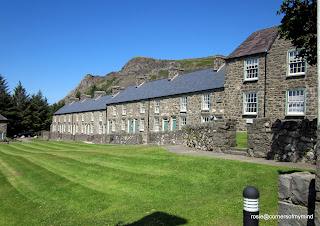 Inside the Heritage Centre is a model of how the village used to look at the height of the quarrying industry. 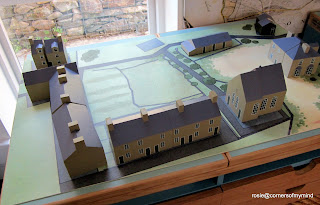 Plus lots of other information about the history of the village before and after the quarry was established and the memories of people who lived and worked there.  The quarry closed during the second world war and the community gradually dispersed. 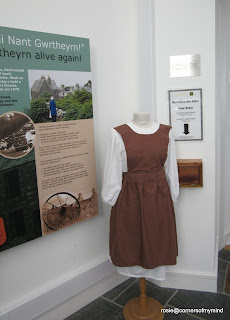 We only had a short time here but it is somewhere I'd like to explore further next time we visit as there are many coastal walks and waymarked paths both down to the beach and up into the hills.

I still have three photos to find for this July's Photo Scavenger Hunt so I'd better get a move on as it is August next week!  Where has this month gone?