This week I took part in the RSPB's 'Make Your Nature Count' survey. As with the 'Great Big Garden Watch' earlier in the year participants are asked to record what birds they see during a chosen hour in either their garden, park or other outdoor space. We were also asked to report on any mammals that visited the garden - even if you don't see them they leave evidence behind. The RSPB asked for people to tell them what 'sings, chirrups, snuffles and barks in your garden.'

I sat on the seat at the top of the garden and in an hour was lucky enough to see two goldfinch, two greenfinch, six sparrows, two blackbirds, two thrush, two collard doves, two wood pigeons, one robin and one blue tit. I was also able to report on evidence of visits by fox, badger and hedgehog. 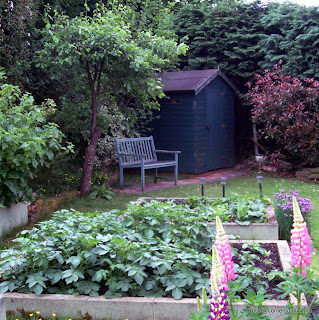 The survey also asked about cats - we have loads of those in our garden everyday. 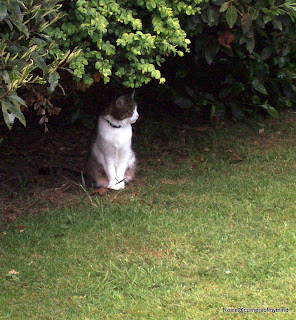 During the hour I also saw six frogs in the pond and a grey squirrel but the survey didn't want information on any of those. A couple of days later we saw a little fox!

It is lovely to have the thrushes back in the garden and also the finches. Encouraged this week by seeing the goldfinches everyday we've bought some nyger seed and set up a little pot on a stick in the flower bed where we often see the goldfinches to encourage them to keep visiting - I don't think they have found it yet! 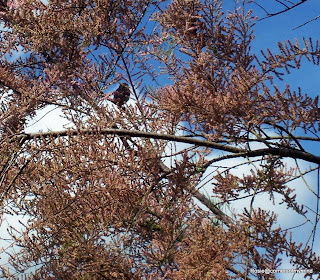 There is still time to join in the survey if you would like to - click on the logo above to find the information on how to participate.
Posted by Rosie at 1:49 pm