We saw an interesting exhibition at the Brampton Museum in Newcastle-Under-Lyme over the weekend. 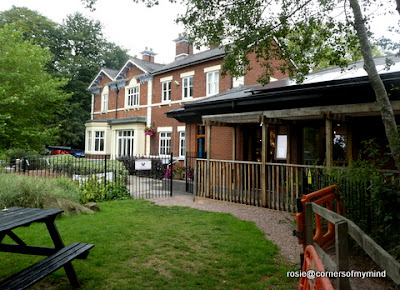 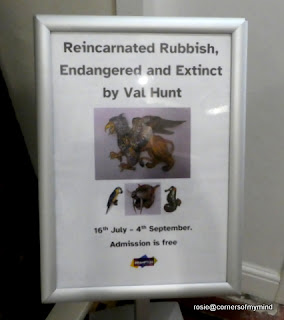 As a creative recycler she uses all sort of objects in her work.  Things like foil trays, old computer parts,  metal drinks cans and discarded babies' dummies.
Below are some of the exhibits that caught my eye. 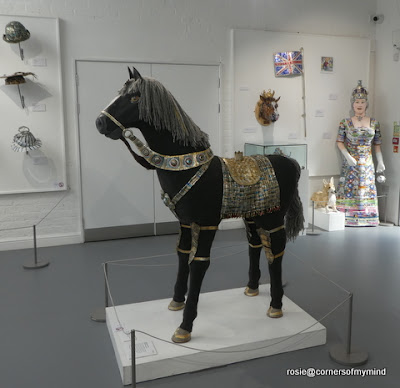 Caspian the War Horse was made from skip wood, three hundred and sixty Coventry Evening Telegraphs, drinks cans and charity shop wool.  The Caspian breed of horse is critically endangered. 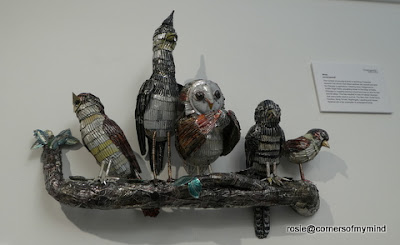 Cuckoo, Barn Owl, Lapwing, House Sparrow and Nightingale (all endangered)  This exhibit is called 'A Conference of Endangered Birds discussing their future'. 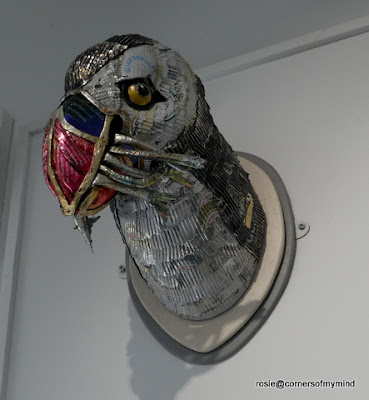 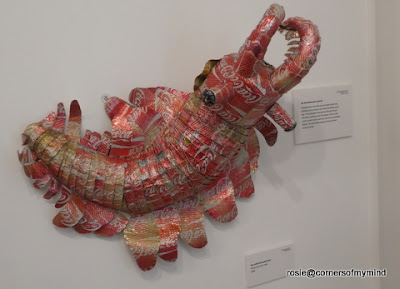 Anomalocaris (extinct) - a large predator of the Cambrian era.  Made with Coke cans. 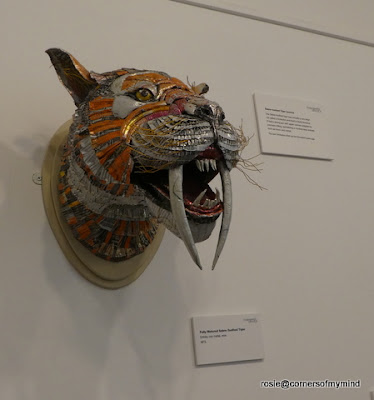 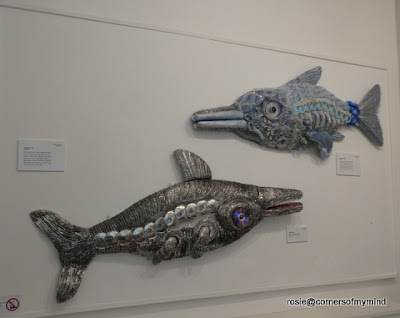 Ichthyosaur (below) and Opthalmosaurus (above)
both reptiles and both extinct. 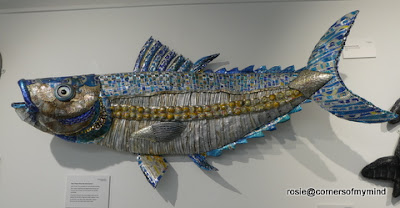 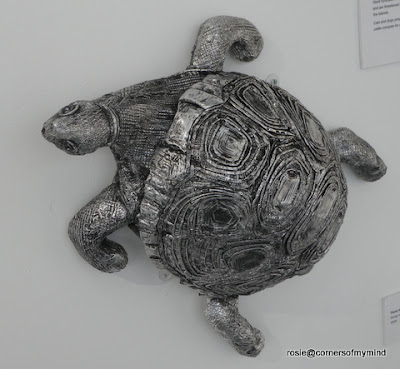 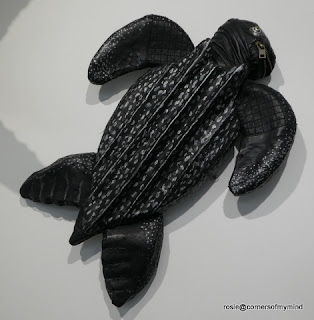 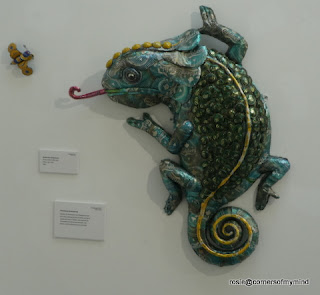 Chameleon (endangered) made from bottle tops 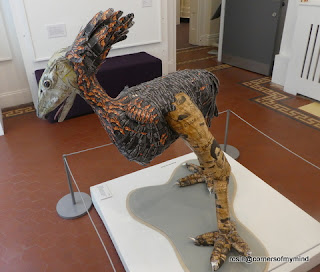 Terror Bird or Phorusrhacids (extinct) made with drinks, cans, skip wood, paper flyers and posters from the Edinburgh Fringe. 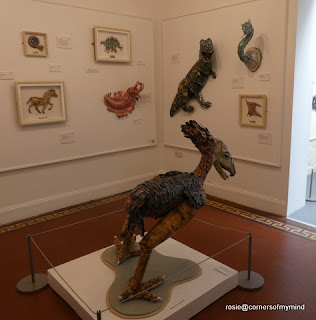 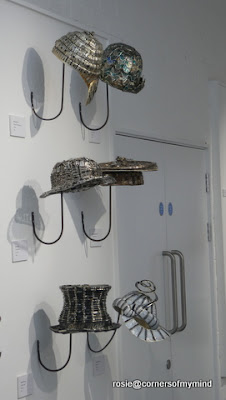 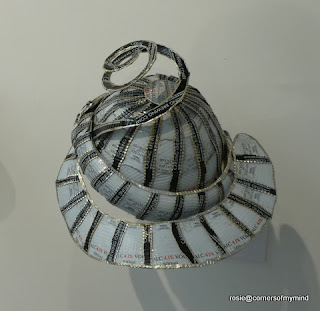 My favourite hat - the Helter-Skelter hat.

After looking at the exhibition and the rest of the museum we had tea and cake in the museum's Little Vintage Tea room. 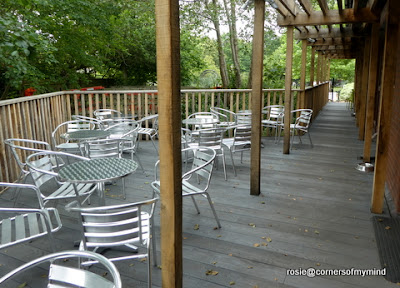 I didn't take a photo inside but this is the outside seating area.
Posted by Rosie at 7:59 am