Standing alone in a farmer's field the old church of All Saints is accessed by a narrow path from a road that buzzes with lorries going back and forth to a nearby quarry. 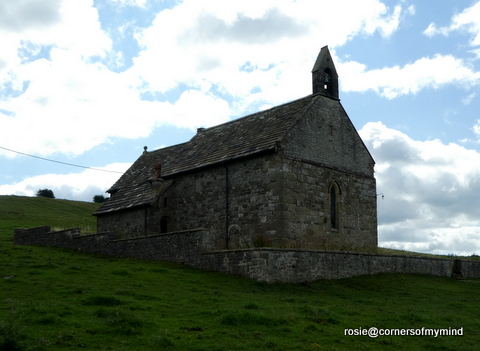 We parked in a small layby and walked just a few yards up the road to the entry.  Ballidon is a small village in Derbyshire amongst the group of villages of Parwich, Brassington and Bradborne.  The church is now cared for by the charitable group known as 'Friends of Friendless Churches.'  They care for more churches in Wales than England at the moment and this is one of only two churches in their care in Derbyshire.  The other church, at Matlock Bath I blogged about  - here. 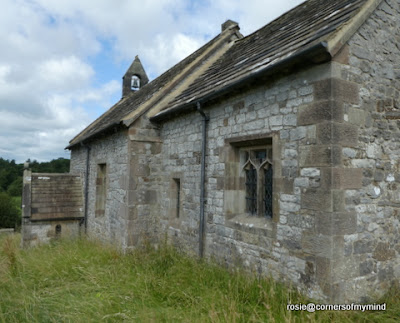 The building, constructed of local limestone and gritstone,  dates from around c.1100, although, according to the information leaflet,  the village of Ballidon was mentioned in the Domesday Book but there was no mention of a church building.  From archaeological evidence of the land surrounding the church, house platforms show there may have been a sizeable mediaeval settlement there.  I couldn't stand any further back to take a photo of the whole church from the east side as it was surrounded by a brick wall to keep out the cows on the other side. 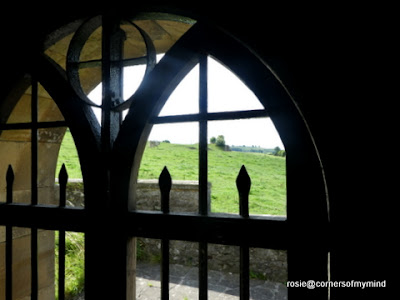 In the early 13th century (c.1205) the church at nearby Bradborne and its chapel at Ballidon were given to Dunstable Priory in Bedfordshire.  The church building was altered in 1822 and 1882.  The font is the most interesting and important object in the church and dates from the 14th century.  Lots of the carvings around the top half of the font are upside down and although of the same age is not the same as the plinth it sits on. 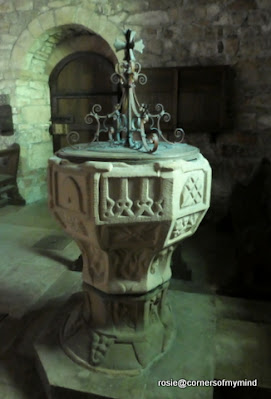 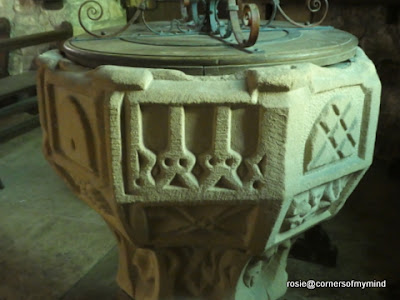 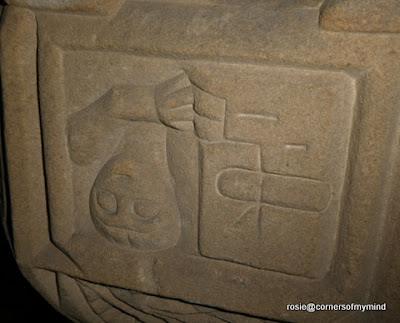 On the West wall above the font is a fireplace which shows that at some point there was a gallery across this side of the church offering, according to local legend, accommodation for visiting clergy. 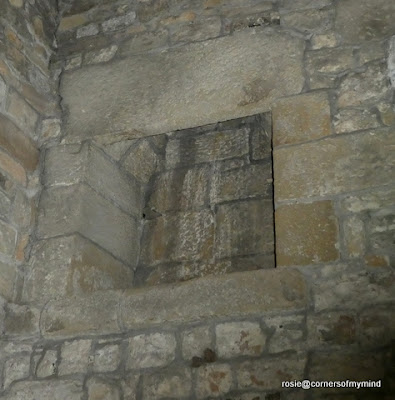 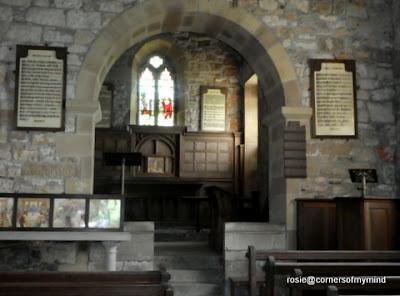 The sun was very bright and dust motes were floating in its beams. 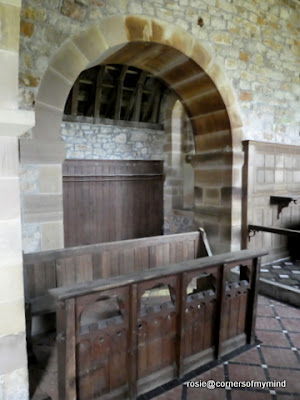 There was a warning on the door that the church wasn't cleaned every day. So the layer of dust and cobwebs in the windows were to be expected. 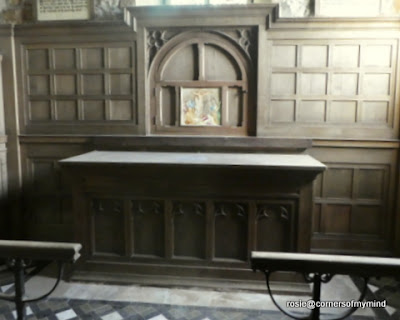 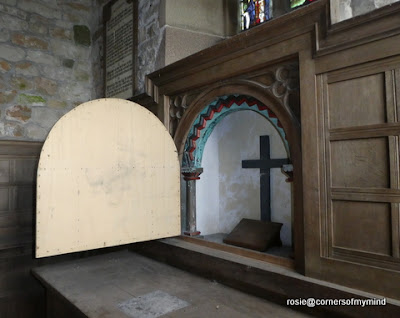 The information leaflet recommended that visitors open the cupboard door above the altar to find the aumbry cupboard to see the garish paintwork inside.  So we did. 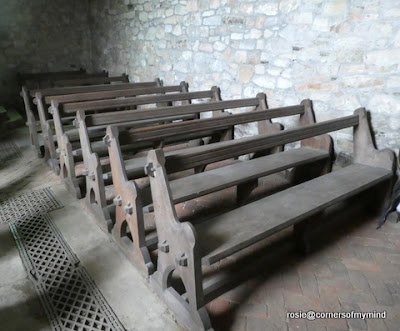 Again I've taken information from the leaflet provided which states that from the 1851 Census of Religious Worship,  at Ballidon church there were seats for seventy two people all but eight of which were rented.  A service was held once a fortnight and the average attendance at that time was between twenty and thirty five people. 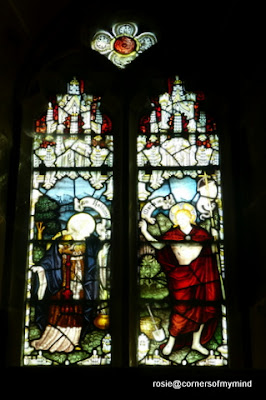 The stained glass window, which was installed in 1894, is by Charles Eamer Kempe. 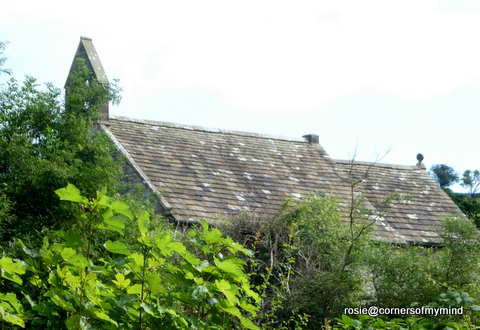 According to my ancient copy of Arthur Mee's The King's England for Derbyshire  the village of Ballidon.....

No mention here of either the quarry or of the nearby remains of Neolithic and Bronze Age barrows or the mediaeval village.

It was time to brave the cows and the hurtling cement trucks again and head towards nearby Carsington Water.