In February this year we found a large potato in the vegetable drawer that had long sprouts on it so we placed it in a flowerpot of compost and left it in the greenhouse. 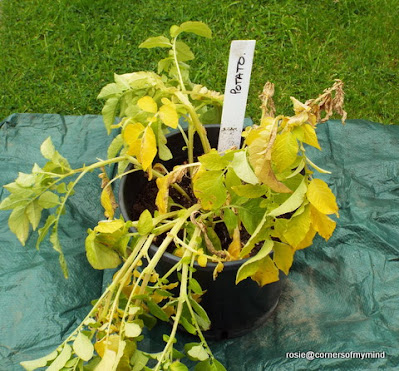 Earliier this week the potato plant was dying back and looking ready to be dealt with. 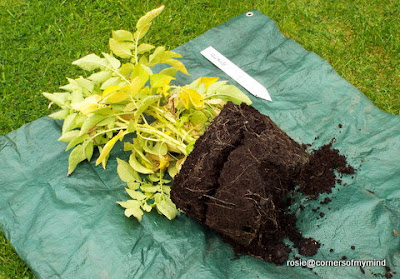 Would there be any potatoes in there? 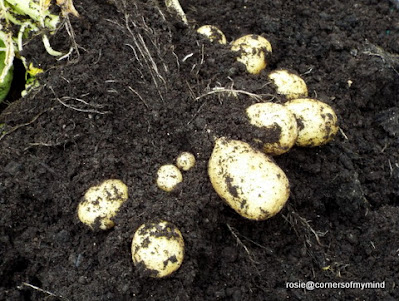 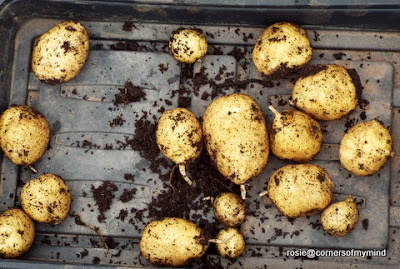 They are now in the vegetable drawer ready for meals over the next few days. 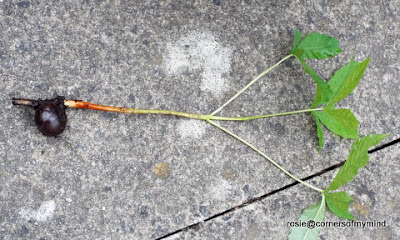 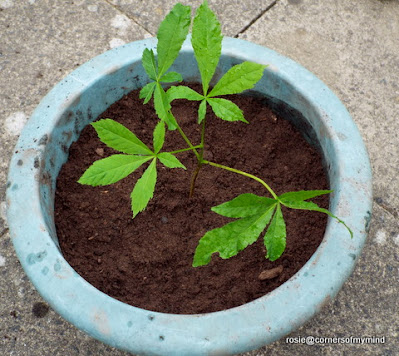 It was probably buried there last year by a squirrel.   We planted it in a large pot. 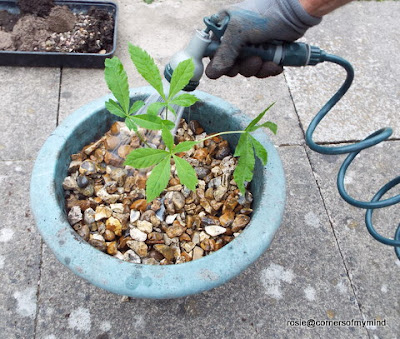 I wonder if it will survive?  We'll see.

Meanwhile, in the garden,  Peonies and yellow flag Iris have flowered. 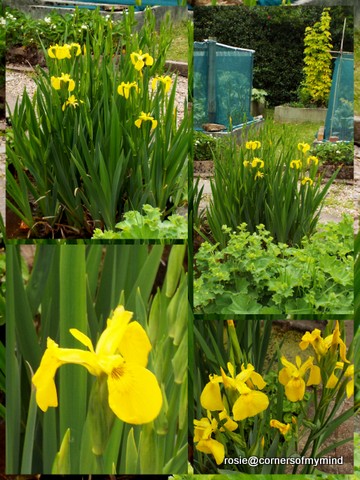 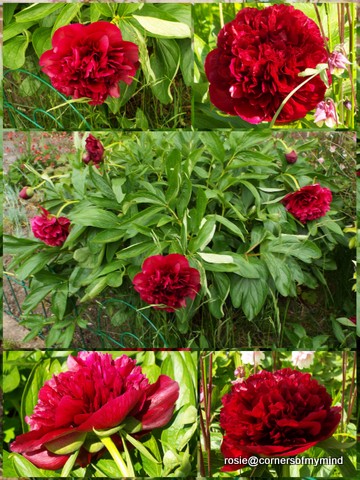 Elsewhere in the garden other flowers are mostly pink and mauve. 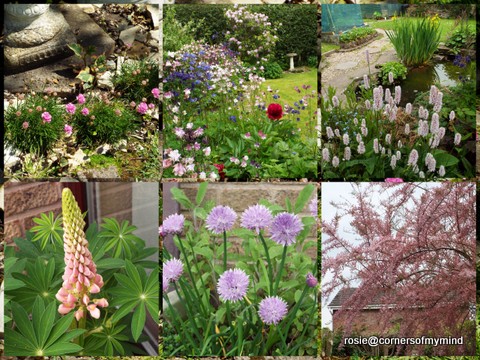