Scenes from a very wet garden 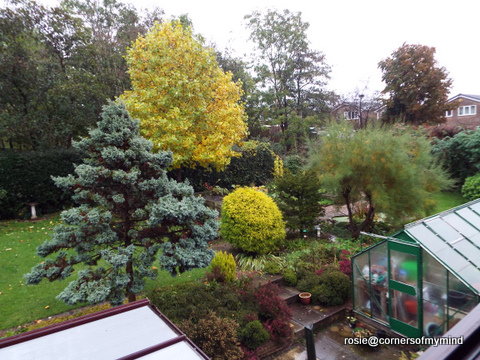 Above and below photos taken from the bedroom window on Saturday morning. 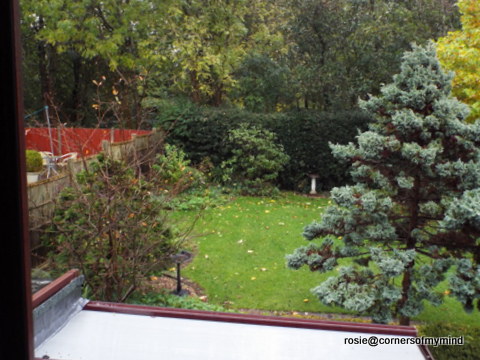 There is still a bit of colour in the garden, but it is looking very Autumnal now. 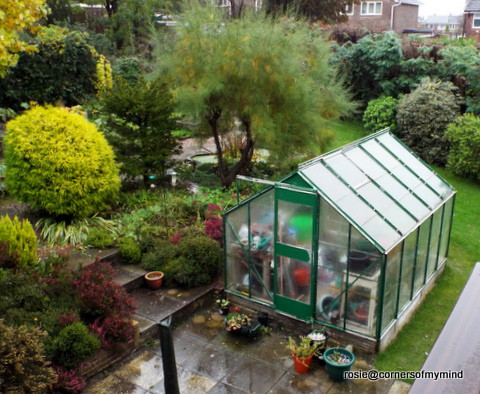 I did venture out later in the morning to take more photos of the garden at the side of the house. 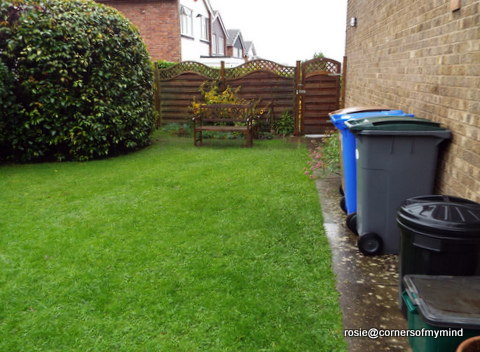 It was wet and squelchy underfoot. 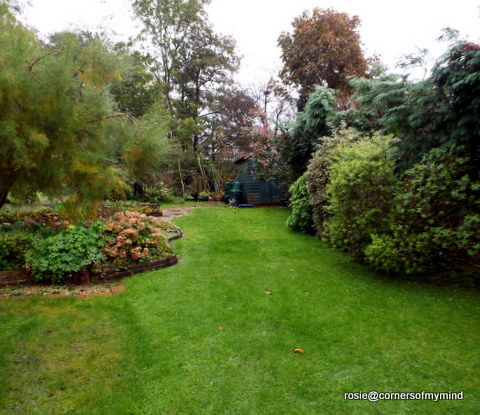 The pond was overflowing 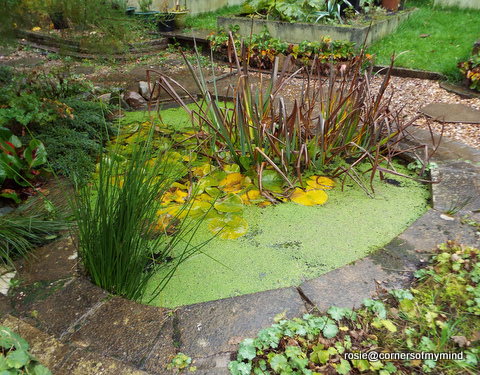 Puddles all along the paths.  We've had to abandon the work of lifting the pebbles and taking out the weeds.  I'm not sure if that will get finished this year. 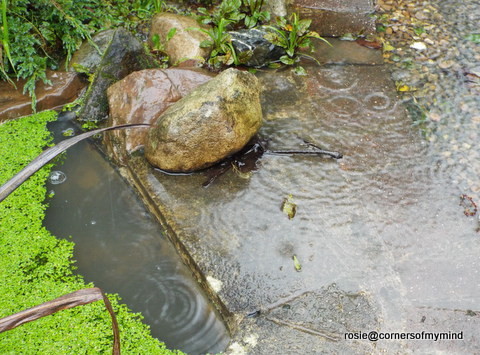 The grass is covered with leaves and they  will have to stay there until it is dry enough to rake them up. 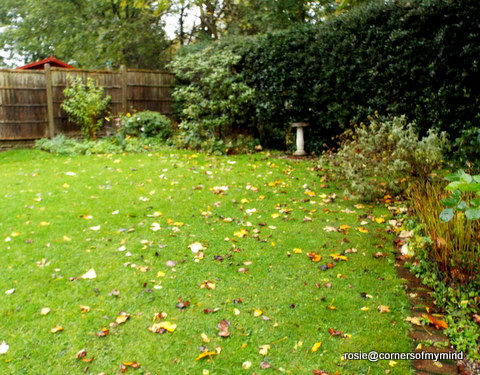 Sunday was a brighter day and we took next door's little dog for a walk.  Neither of its owners can do that anymore as one is suffering from multiple sclerosis and the other from motor neurone disease.  We took him as his regular walker was away for the weekend. 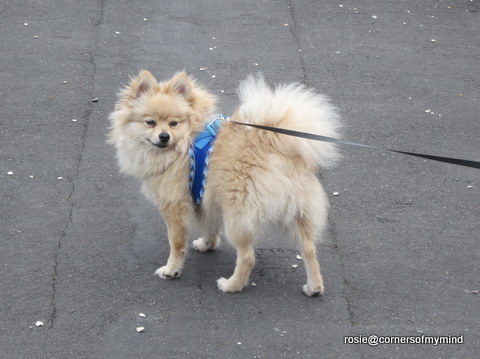 Yesterday we woke to bright sunshine which was lovely after a very dismal weekend.  I glanced out of the bedroom window and spotted this pair enjoying the sunshine under the trees in the school's little nature reserve just over the hedge. Paul took the photo as I had just taken the batteries out of my camera to charge them.  It was hard to capture them through the glass and at a distance but they stayed there for ages. 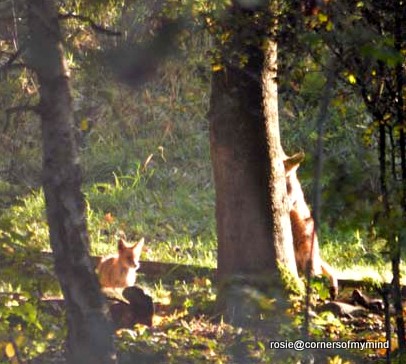 Later that day the last of the dahlia flowers were cut for the house and the tubers taken up and placed in the greenhouse to dry ready for next year. 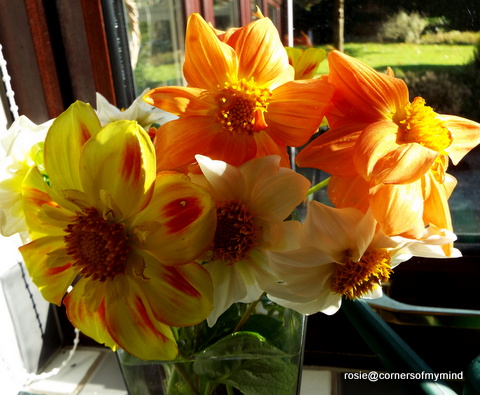 Late last week we had a visit from the badger.  I took the photo below out of the kitchen window at about 8.45p.m, not a good photo but at least you can see what it is. 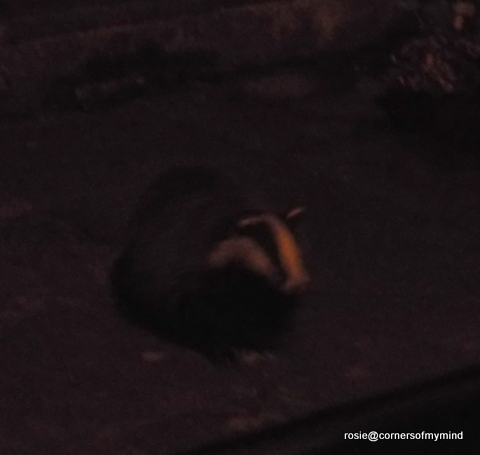 I seem to have been taking photos of pumpkins over the last couple of days, I'll share those with you on Thursday.