Angel and Moon in Derby

Yesterday we visited Derby to meet and have lunch with friends and also to visit the Cathedral where there were two things on display that I've wanted to see for while.


Outside the Cathedral is The Knife Angel 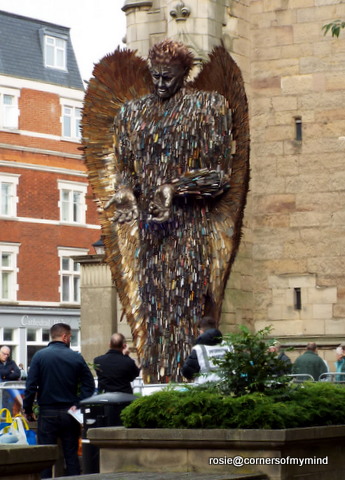 whilst inside The Museum of the Moon can be found. 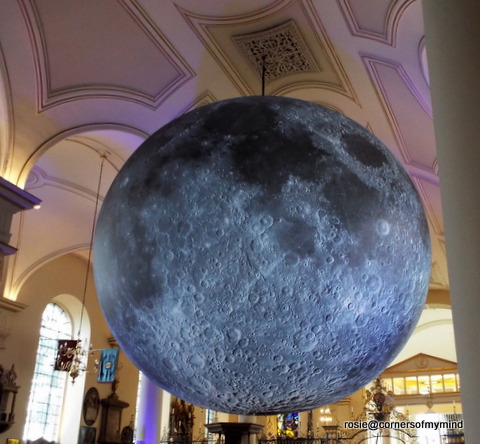 The Knife Angel is a twenty seven foot sculpture made from over one hundred thousand bladed weapons. 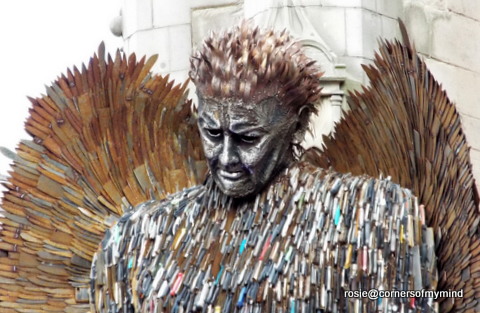 The knives and other weapons used have come from  Police Forces all over the country who have had them handed in during surrender schemes and weapon amnesties. 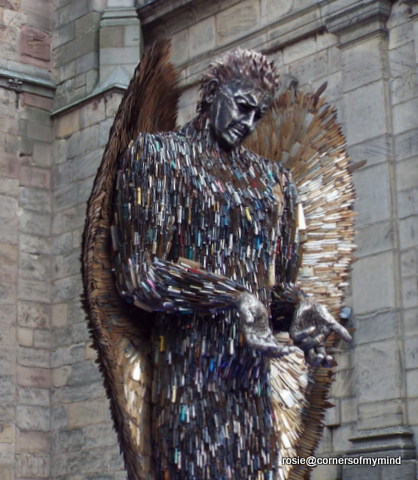 In 2014 a campaign called 'Save a Life, surrender your knife' was started in reaction to the rise in knife crime across the country.  Clive Knowles the Chairman of the British Ironworks Centre at Oswestry in Shropshire wanted to find a way, through art, to highlight this campaign. 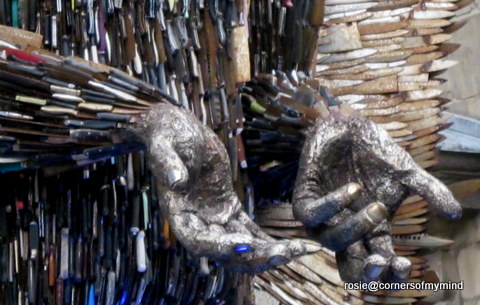 The weapons were collected, cleaned and blunted.  People who had suffered from knife crime were invited to come and engrave personal messages on the blades before they were finally put into place to create the angel.  The statue is a symbol of the pain of loss that the friends and families of victims of knife crime feel and the futility of these crimes. 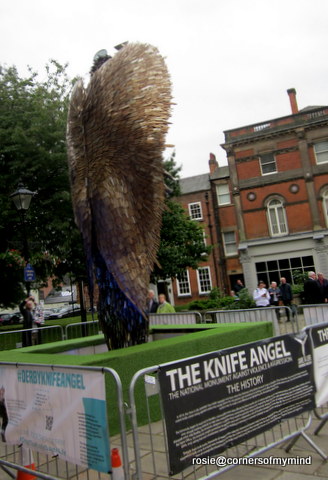 The Angel can be seen until 30th October.

The Museum of the Moon is on display in the Cathedral until 6th October. 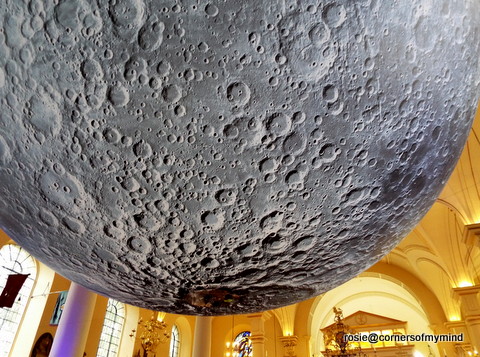 It is a stunning installation which combines both sound and light to bring insight into one of our closest neighbours in the solar system. 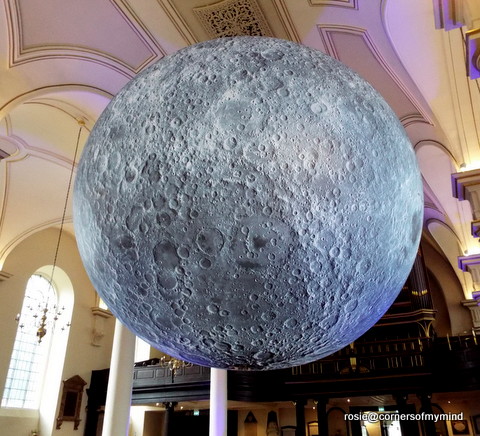 The art work is by artist Luke Jerram and the sounds and music by composer Dan Jones.  The moon measures seven metres in diameter and once inflated weighs about forty kilos. 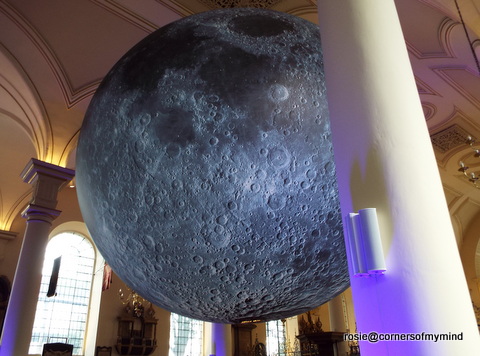 It is made from fire resistant white fabric and has images from NASA printed on its surface.  It is kept inflated by a small fan embedded in its north pole. 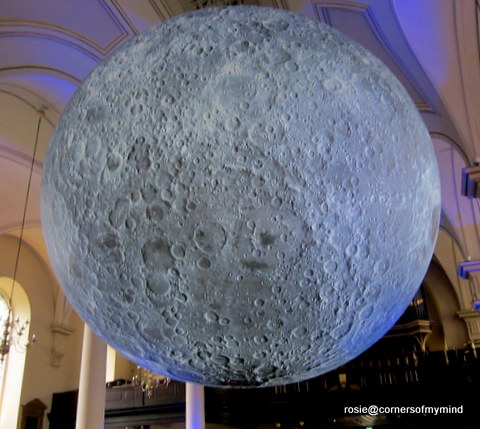 It was stunning and we spent ages just looking upwards and I think I managed to photograph it from all sides.

After we left the Cathedral we headed to the Derby Museum and Art Gallery for lunch.  Afterwards we saw a wonderful exhibition of Japanese Art including watercolours and prints from the museum's collections. 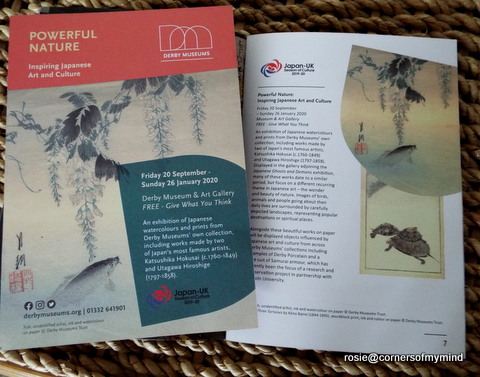 The paintings of fish, birds and animals were exquisite.  No photos of the paintings I'm afraid. 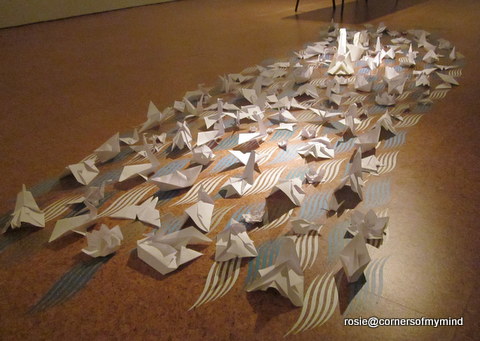 Origami birds across the floor of the gallery. I think there have been Origami workshops held in the gallery during the exhibition.