What a strange year it has been so far.  Even at the height of summer there are distinct signs of Autumn  in the hedgerows. 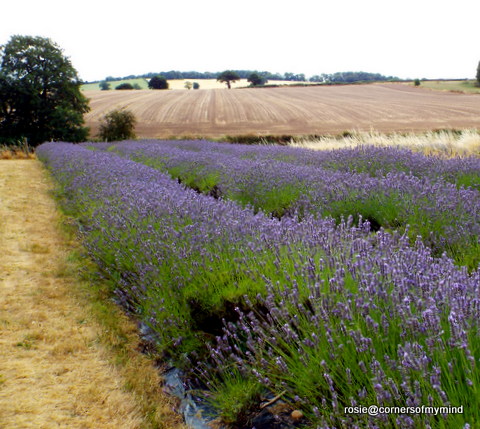 Sun bleached grass paths, mown fields in the distance and the last of the wonderful rows of lavender at the Shropshire Lavender farm.  The lavender flowers were covered in bees and little blue butterflies.  Both hard to capture on camera but the scents and aromas were sending them into a frenzy in the heat of the early afternoon sun. 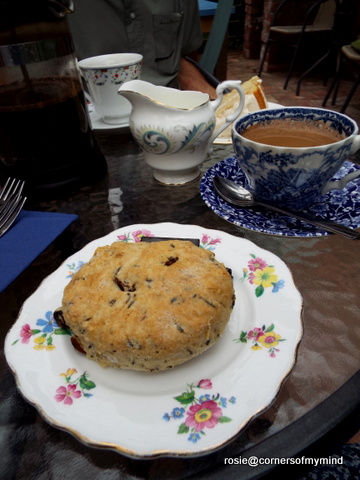 After coffee with a lavender scone and a piece of lemon and lavender cake - thank you for the recommendation Mrs Tiggywinkle, both were delicious - we wandered around the rest of the garden and orchard. 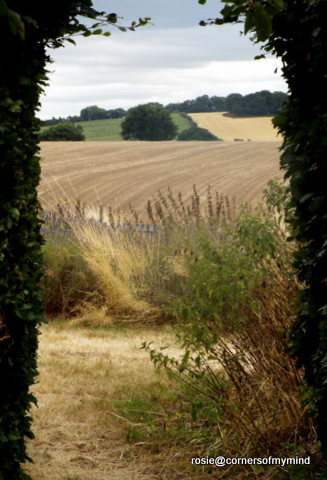 I love orchards, the warmth, the scent and the colour at this time of year. 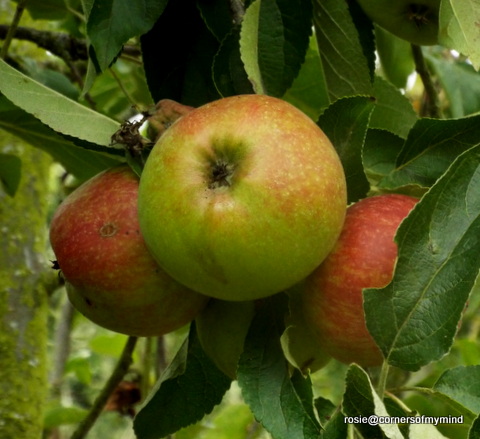 Apples and pears were falling to the floor as branches were weighed down by so many fruits. 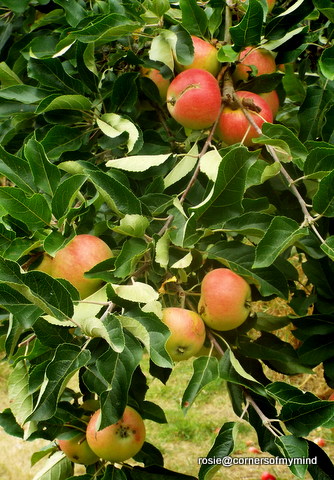 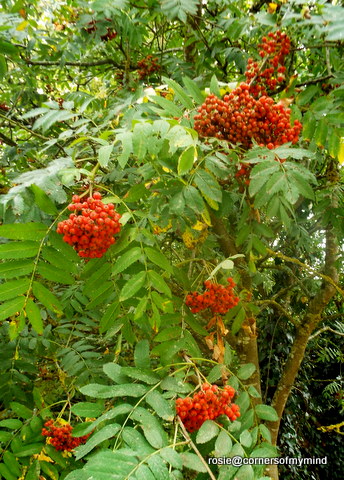 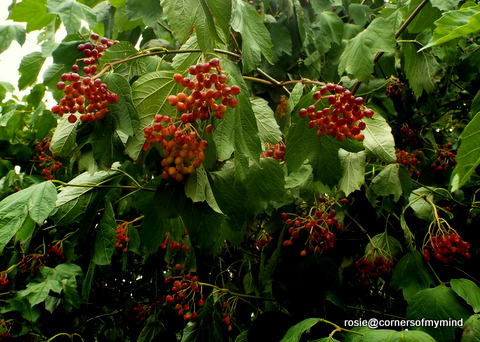 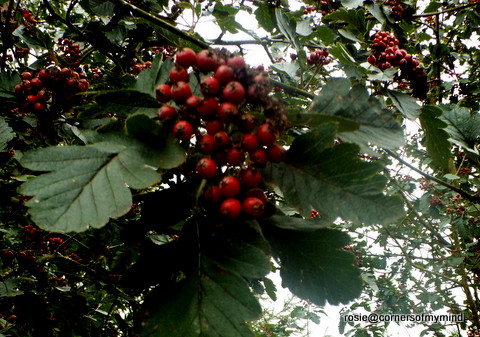 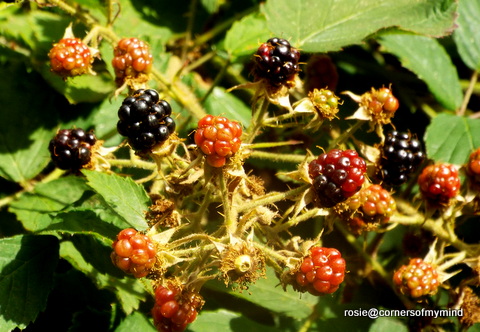 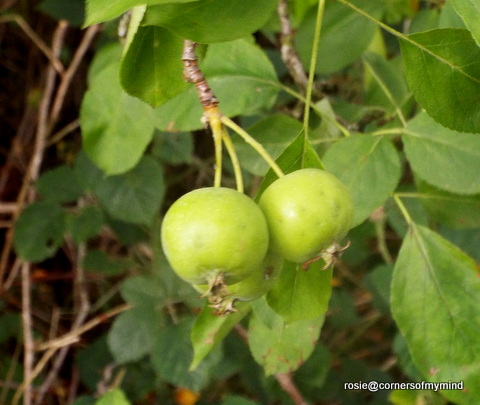 Crab Apples and below a Red Admiral butterfly more signs of late summer and the closeness of the changing of the seasons. 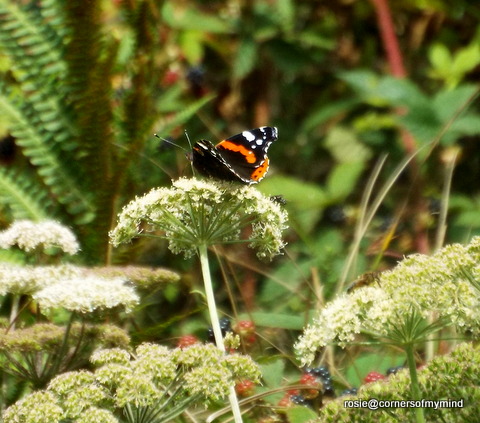 A few days later we walked along the canal from Westport Lake to Middleport Pottery. 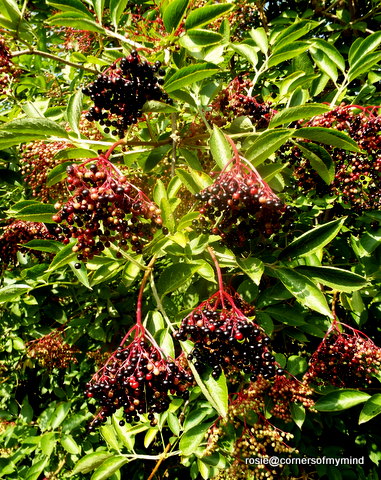 The elder bushes were full of ripe berries, such a wonderful colour to guide us on our way. 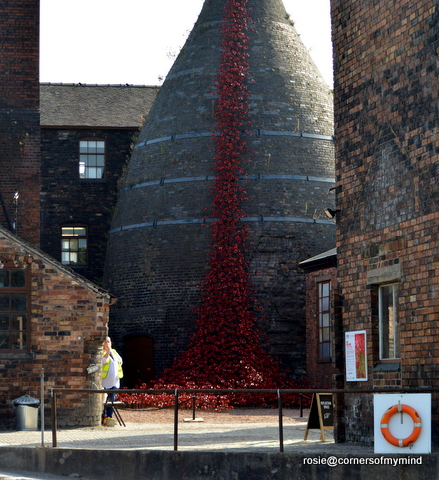 As we passed by the pottery we could see the display of poppies which makes up 'The Weeping Window.'  Many of the ceramic poppies from the installation 'Blood Swept Lands and Seas of Blood' first shown at the Tower of London in 2014 were made in the city so it is nice for some of them to return home for a while.  The exhibition can be seen at Middleport Pottery until 16th September and we will probably visit in early September so I will write more about it then.
Posted by Rosie at 7:08 pm