The village of Bonsall in Derbyshire

The pretty village of Bonsall lies on and around a hill just off the Via Gellia (the A5012) which runs from Cromford until it meets the A515 Buxton to Ashbourne road. Various sources say that the Via Gellia was probably named for or by Phillip Eyre Gell who had the road built through the valley around 1790 so that he could move lead from his lead mines down to a new smelting works at Cromford.  Other sources say that the road was there much earlier in the 1720s and was used as a route for transporting stone from the Gell family's quarries at nearby Hopton.  The area was noted for its cotton mills and the name of Viyella fabric (a mixture of wool and cotton) is said to come from from the Via Gellia valley.

Anyway, back to the historic former lead mining village of Bonsall.   We parked near the Cascades Gardens and wandered through the recreation ground to our first port of call. 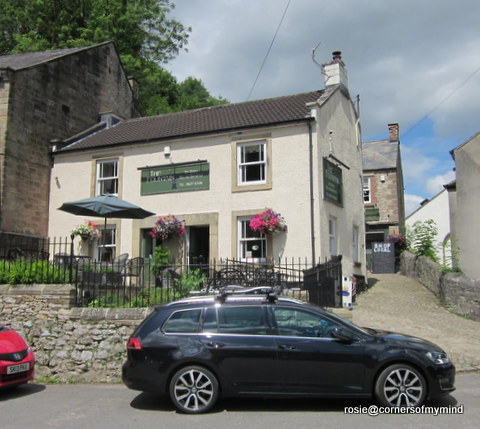 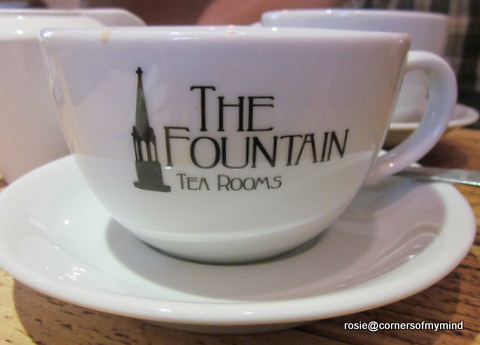 At the Fountain Tea Rooms which is
opposite the village fountain.  The Fountain also provides B&B accommodation. 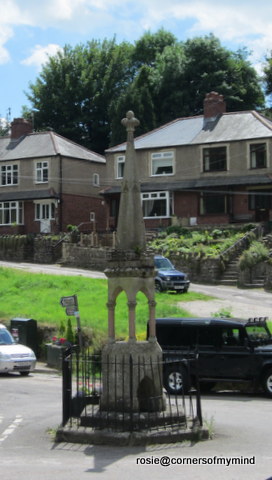 The fountain is Victorian Gothic in design  and was restored by the Parish Council in 1993. 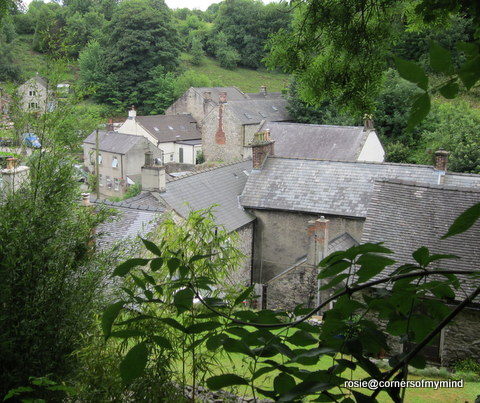 After lunch we took a steep climb up the public footpath to the parish church which sits high on its hill overlooking the village. 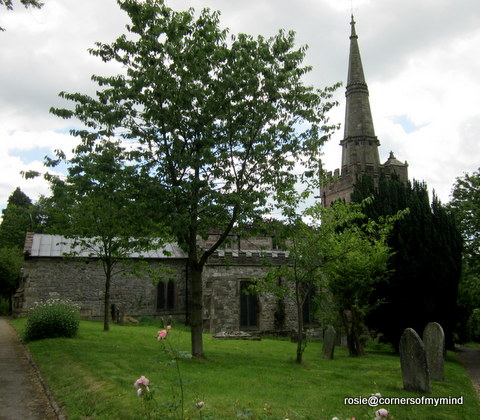 The Parish Church of St James was built in the 13th century in a
prominent position over looking the village. Much of the exterior  was rebuilt in 1862.  Inside it has what is thought to be the highest chancel in the country as there are seven steps up to the chancel from the nave.  Hiding in the church is also what is known as the 'Bonsall Imp'.  We'll explore inside in a later post. 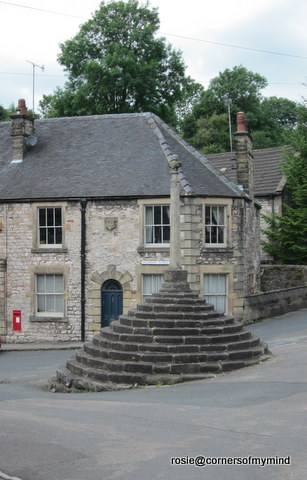 The Market Cross is a Grade II listed building and is thought to date from the 17th century although some parts could be earlier.  It apparently has 13 steps, I didn't count them.  The ball on top was added in 1671 about the time the village asked to be allowed a market charter but their application was never granted. 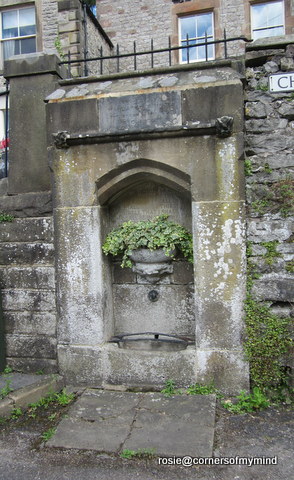 One of the village wells.  The village holds a 'well dressing' festival and carnival at the end of July. 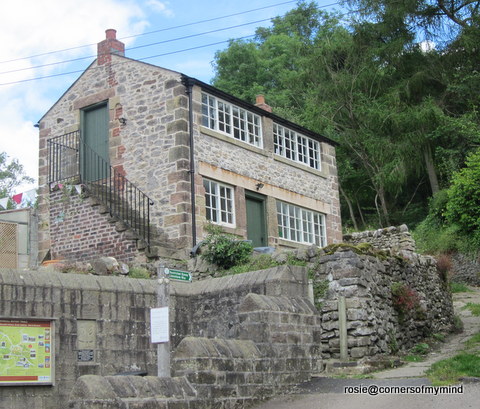 A framework knitters cottage at the start of the Limestone Way. 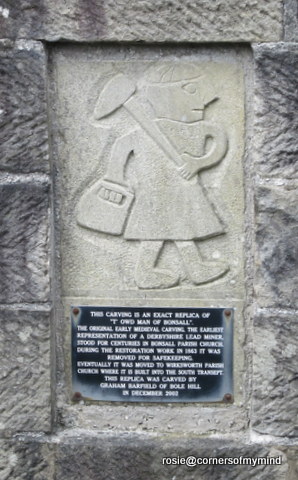 The 'T'owd Man of Bonsall' is thought to depict a lead miner and it is also probably one of the earliest ever illustrations of a miner.  The original carving was in the village church but it is now found embedded in the wall at St Mary's Wirkswirth  (link to my post on St Mary's Church - here) 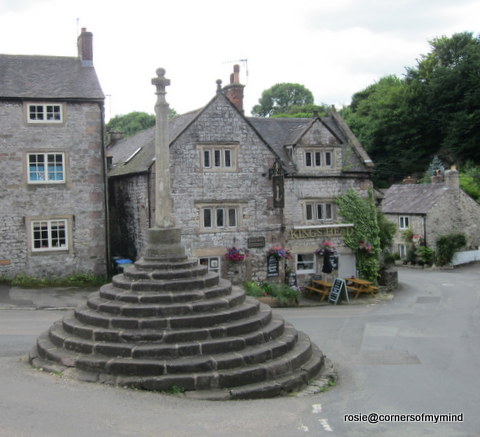 Another view of the Market Cross with the 17th century King's Head pub behind it. 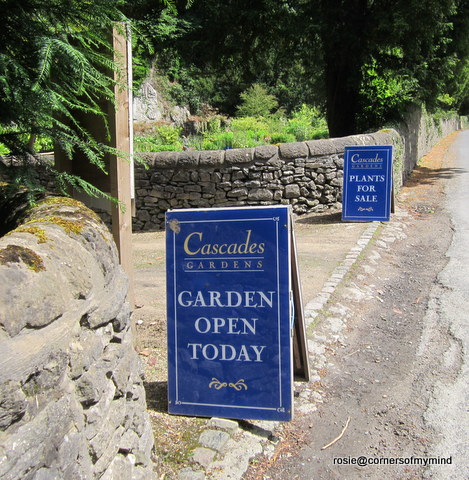 We had come to the village to visit the Cascades gardens and nursery.  This a a four acre garden in the centre of the village which takes advantage of the natural landscape. Like The Fountain it also has B&B accommodation. 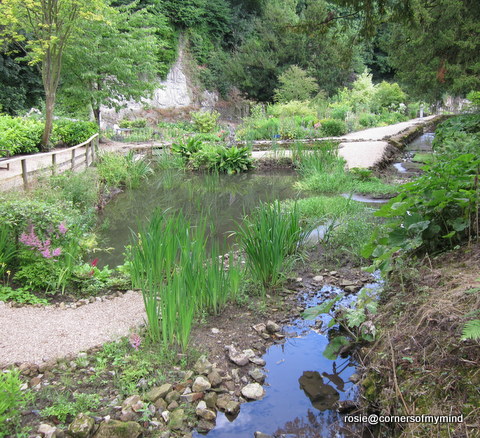 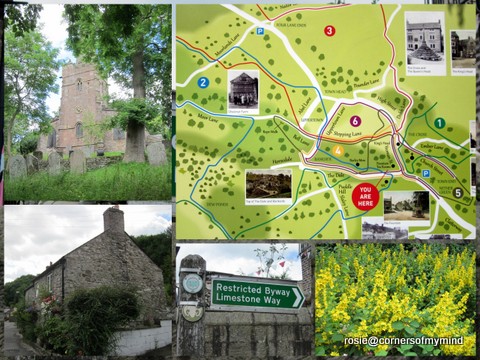